‘You have the most beautiful fangs’: Sophisticated text-writing AI is trained on thousands of pickup lines to create its own unique and somewhat cringe-worthy conversation openers

Quarantine has made a lot of us rusty in the flirting department, but your weak game is nothing compared to the cringeworthy pickup lines generated by an artificial intelligence.

Shane tasked different versions of the algorithm to come up with their best pickup lines, but the results would hardly make anyone weak at the knees.

‘I love you. I don’t care if you’re a doggo in a trenchcoat,’ read one come-on.

‘I will briefly summarize the plot of Back to the Future II for you,’ offered another. 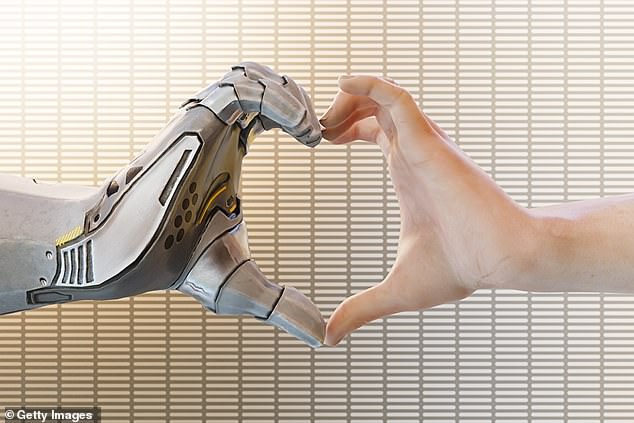 An algorithm tasked with coming up with sexy pick-up lines had less than romantic results: ‘I will briefly summarize the plot of ‘Back to the Future II’ for you,’ read one ice-breaker

Shane, an optics research scientist at Boulder Nonlinear Systems, likes to tinker with what she calls ‘AI weirdness,’ experiments in machine-learning that often have hilarious results.

She first trained a neural net to generate pickup lines back in 2017.

‘Once I started collecting the training data I began to regret it when I saw how awful the existing lines were,’ she wrote in a blog post this week.

‘Turns out I needn’t have worried. The neural net I used was so small and clueless that its pickup lines were mostly incoherent and confusing.’ 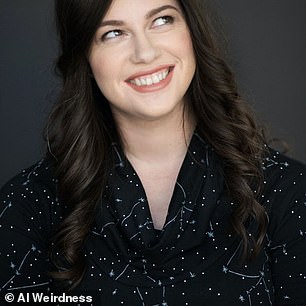 AI researcher Janelle Shane (pictured) tested how GPT-3, an algorithm which uses deep learning to produce human-like text, would handle something as nuanced as coming up with pick-up lines

‘Are you a candle?’ read one, ‘Because you’re so hot of the looks with you.’

Another line, ‘You look like a thing and I love you,’ actually became the title of her book on artificial intelligence, now out on paperback.

AI has come a long way since then, though: Last summer, San Francisco-based OpenAI released GPT-3, the most sophisticated language algorithm yet.

‘I started with the following prompt, for a neural net to fill in its prediction of what the rest of the article would be like: ‘These are the top pickup lines of 2021! Amaze your crush and get results!’

She gave the assignment to four popular variants of Generative Pre-trained Transformer 3, or GPT-3, an algorithm which uses deep learning to produce human-like text.

While GPT-3 has been used to generate fake news articles that are difficult to distinguish from the real thing, it’s efforts in the art of love were somewhat less successful, according to Shane.

The pickup lines from DaVinci, the most powerful and competent variant Shane used, were a little off-putting.

‘I’m losing my voice from all the screaming your hotness is causing me to do,’ read one.

‘I will briefly summarize the plot of ‘Back to the Future II’ for you,’ offered another.

Trying to generate original pick-up lines, the DaVinci version of the GPT-3 software came up with winners like ‘I’m losing my voice from all the screaming your hotness is causing me to do’ and ‘You have the most beautiful fangs I’ve ever seen’

After commenting the reader had a ‘lovely face,’ DaVinci then asked ‘Can I put it on an air freshener? I want to keep your smell close to me always.’

Shane also gave the prompt to Curie, Babbage and Ada, three smaller versions of GPT-3 that fared even worse.

Babbage was ‘not always 100% sure about what it means to be generating pickup lines,’ she said.

Babbage, a smaller variant of the language-modeling algorithm, was ‘not always 100% sure about what it means to be generating pickup lines,’ Shane said. It came up with conversation starters like ‘If you see people with short hair, ask them to let you borrow it for five minutes’

It offered up icebreakers like ‘It is urgent that you become a professional athlete,’ ‘Have you stolen anything today?’ and ‘If you see people with short hair, ask them to let you borrow it for five minutes!’

Ada, the smallest of the variants, ‘completely lost the plot,’ Shane confessed.

Its come-ons read more like a grocery list than pick-up lines: ‘Body Softening Pads, ‘Embroidery tags,’ and ‘Limit to 1 purchase in stores.’

Her experiment is just the latest example of researchers using AI to offload romantic responsibilities.

Last month, a company called CopyAI launched a bot that offered to pen free Valentine’s Day messages to your sweetheart.

It used the same GPT-3 technology as Shane to train the bot to write letters based on sample Valentine’s Day cards.

Users were invited to enter a few attributes they liked about their partner and got a message to send them in return.

‘I love you to the moon and back,’ read one.

‘I love how we laugh so much, how you smile at me all the time, and how you are so tall,’ was another offering.

In 2017, programmers launched an online AI called InspiroBot that could generate ‘unique inspirational quotes,’ which were superimposed on images of nature or space.

Though they appeared meaningful at first glance, the messages were actually rather inane, including ‘Cats are going to fill the world with pain’ and ‘seek success but prepare for vegetables.’

ANNs can be trained to recognize patterns in information – including speech, text data, or visual images – and are the basis for a large number of the developments in AI over recent years.

AI systems rely on artificial neural networks (ANNs), which can be trained to recognize patterns in information – including speech, text data, or visual images