On March 29,planet Saturn and the moon lined up perfectly, seeming to touch in the night sky.

This relatively common yet easy-to-miss event is called a conjunction. And luckily for his fellow earthlings,astrophotographer Grant Petersen managed to capture the conjunction using asmartphone mounted to a telescope.

Petersen recorded the stunning picture above from from Johannesburg, South Africa, then shared it to Twitter for the world to see.

“That was frickin spectacular,” Petersen said in the tweet accompanying his photo. “I’m smiling from ear to ear, nothing gonna get me off this astronomy high.”

The image is actually a combination of several photos, and it shows Saturn just before it slipped behind the moon before dawn. 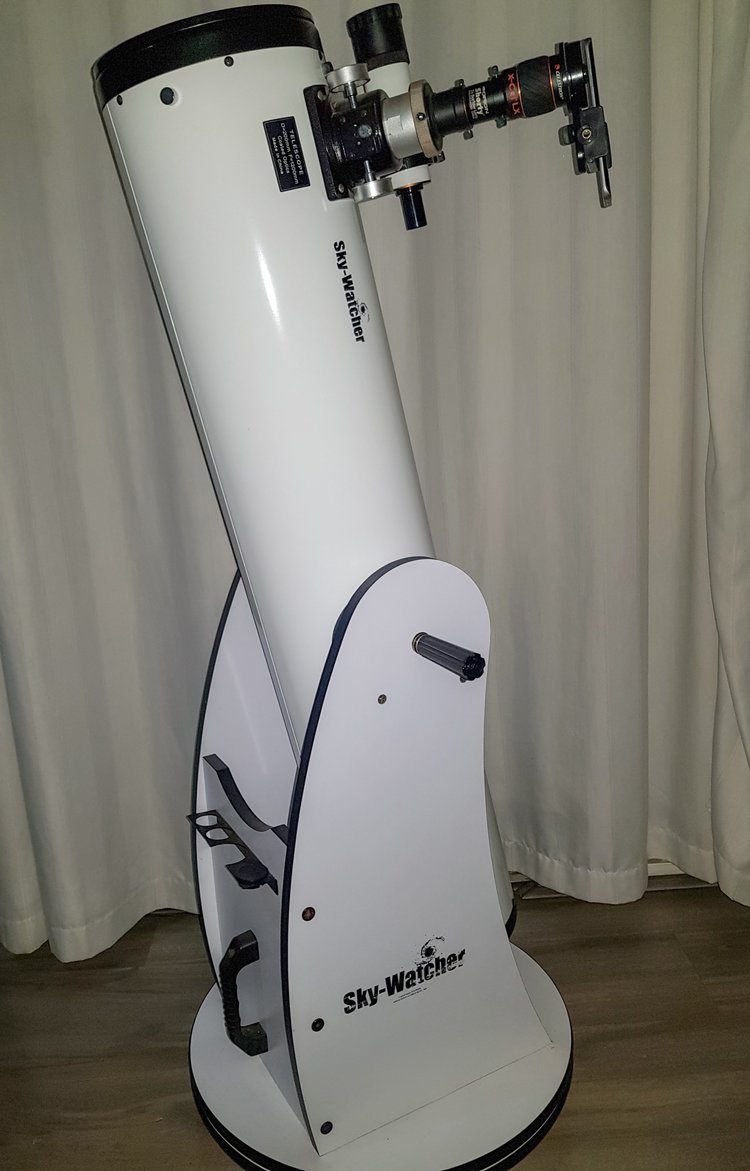 Grant Petersen, an astrophotographer in South Africa, uses a telescope, adapters, and a smartphone to take detailed photos of the night sky.Copyright of Grant PetersenLike many astrophotographers, Petersen said he constantly looks out for “the next big astronomy event” that will be visible at his location. Sometimes the event is a passing comet or asteroid, other times it’s the International Space Station zipping by.

To figure out what’s coming, Petersen said, he uses a variety of astronomy apps and diaries. The Saturn-moon conjunction came to his attention in January, and he devised a plan to photograph it.

Petersen told Business Insider that he had “a lot of anticipation and excitement running up to the event” — that is, until rain hit Johannesburg the evening before. But the poor weather cleared out to reveal a crisp night sky in time for the conjunction.

“When an event like this comes along and all goes according to plan, and [we] can avoid issues like weather, equipment failure, or human error, it feels like a great accomplishment,” he said.

Petersen got up at 4 a.m., or about two hours before the conjunction, to arrange and test his gear. His setup included an 8-inch dobsonian (a relatively cheap yet large and powerful telescope), a Galaxy S8 smartphone, an adapter to connect it to a lens, and an eyepiece.

As Saturn edged toward the moon, Petersen recorded it in a 60-frame-per-second video. After the conjunction, he processed the images using a technique called stacking, which merges several lower-quality images into a brighter, clearer picture. Then he shared his best photos to Twitter.

“I felt like a kid at Christmas,” Petersen said. “I got a comment that said it reminded them of the firstEarthrise pic from the Apollo missions.”

Petersen also took the photo below, which shows how small Saturn looks when it’s 950 million miles away from Earth. The planet appears to be just a tiny fraction of the moon’s diameter, which itself is small: about the width of your index finger’s tip when held at arm’s length against the night sky. 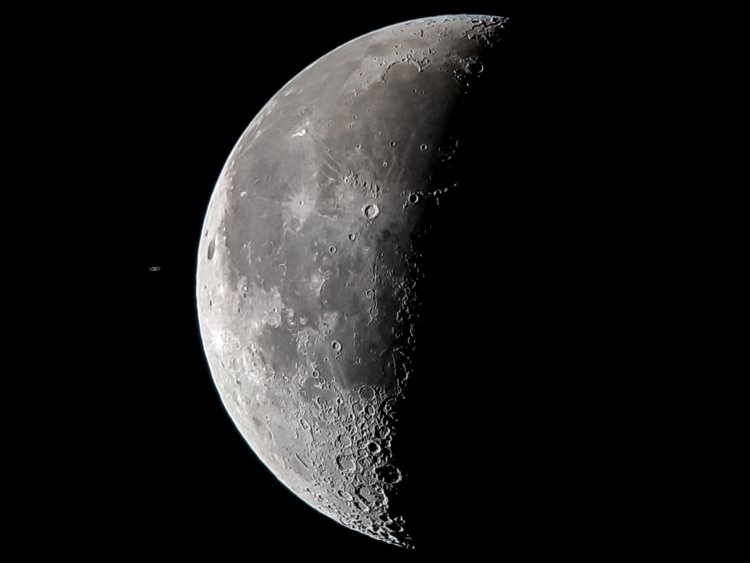 An occultation of Saturn and the moon, as seen from South Africa on March 29, 2019, using a smartphone mounted to a telescope.Copyright of Grant Petersen

Petersen said the next big event he hopes to photograph is the transit of Mercury across the sun on November 11.

“I am really looking forward to that already,” he said.