During a crisis people with a large social network are slower to respond to the problem than more isolated individuals, a new study shows.

Researchers at Carnegie Mellon University put 2,480 people into one of 108 groups of various sizes and presented them with a range of disaster scenarios.

Those in larger groups were less likely to take any action – positive or negative – in a disaster scenario such as a coronavirus-style pandemic.

This is because they were being fed false reassurances, with any bad news from ‘experts’ in the group being brushed away – removing any urgency. 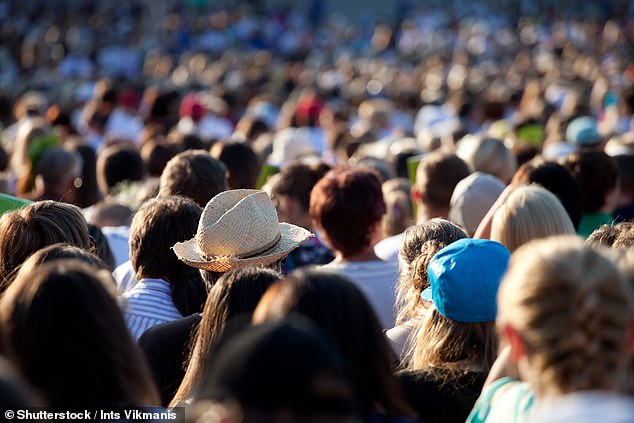 Researchers at Carnegie Mellon University put 2,480 people into one of 108 groups of various sizes and presented them with a range of disaster scenarios. Stock image

People involved in the study were asked to decide when to ‘evacuate’ after the start of a disaster scenario, and those more connected were less likely to want to leave.

‘Social networks can function poorly as pathways for inconvenient truths that people would rather ignore,’ the authors said.

The team say larger networks did have a positive outcome – they restrain groups from making any unnecessary evacuations in situations without a disaster.

However, this comes from the fact it was less likely they’d make any decision.

‘In the experiments, subjects in a network were more likely to delay their decisions of necessary-but-costly protective action, compared to those isolated,’ said lead author Professor Hirokazu Shirado from Carnegie Mellon.

During a disaster, even if there is an expert in the group who could correctly announce the existence of an impending disaster, they were ignored.

‘This self-enforcing norm of a sense of safety spontaneously emerged in almost all ‘disaster’ sessions, even though subjects understood the rules of the game and even though this behaviour might seem ‘irrational’,’ the authors wrote.

‘In the absence of information, people spontaneously generate rumours, and networks can magnify this, especially when the rumours are good news.’

They found that larger networks with a smaller proportion of informed people suffered more damage due to this human-caused misinformation.

‘People in our experiments often displayed both the procrastination and false reassurance seen in real emergency situations, and normalcy bias magnified the damage from collective dangers,’ they said.

Counter to the idea of the ‘wisdom of crowds’, the authors say when individuals make decisions alone in a disaster scenario, they make better choices.

‘With our work, I can say that, without any interventions, people are more likely to spread the information that does NOT lead to take a costly action even when it is wrong. The cost can be material and psychological,’ said Shirado.

HOW DID IT WORK? RESEARCHERS HAD PEOPLE PLAY A DISASTER GAME IN GROUPS

They were asked to play a game surrounding a disaster and whether it was real or fake, and when to evacuate.

Each session lasted 75 seconds and in each group one person know for certain if it was fake or real.

People had to decide whether to listen to the expert and larger groups rarely did – often choosing ignorance over uncomfortable truth.

For the study people were put in groups ranging in size from 60 people to 10 or asked to work alone as solitary subjects.

They took part in a 75 second ‘game’ that involved them being presented a scenario – either as a group or individually – and making a decision on when to evacuate.

In each group game there was an informant with information about whether the disaster was real and would actually strike to see whether people would listen.

The authors found the problem with the large social networks was the people refused to listen to ‘bad news’ – drowning out uncomfortable truths.

‘Given that warnings (bad news) are valuable but undesirable messages, uninformed individuals amplify popular taste and refuse to listen to unpopular opinions from the minority,’ they wrote.

‘As a result, social influence favoured only one side – not to evacuate – and thus amplified ‘disaster’ risk.’

The other issue, beyond hiding the uncomfortable truth, is the fact large networks create a conflict of views ‘making it difficult to form accurate consensus as a group’.

In fact, where positive and negative influences exist in a large group, it becomes more difficult to reach a critical mass for a decision over any action. 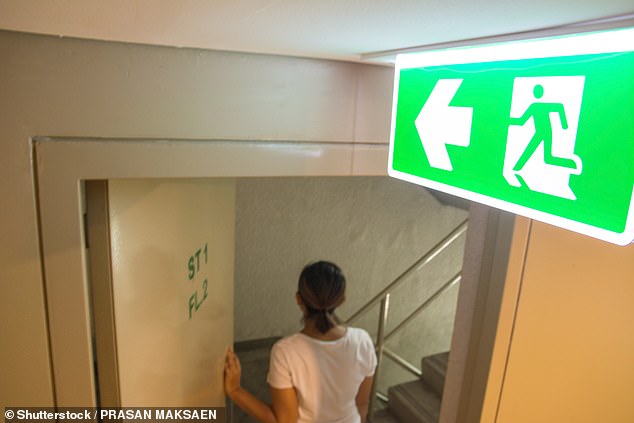 People involved in the study were asked to decide when to ‘evacuate’ after the start of a disaster scenario, and those more connected were less likely to want to leave. Stock image

‘The spread of good and bad news may even be seen as a kind of ‘duelling contagion’,’ study authors wrote in the paper.

The researchers do say that evidence of more serious damage from a disaster would likely lead to action from the socially networked group.

‘Social interactions have complex effects in the uncertain situation created by a possible crisis, promoting the spread of both true and false information regarding both safety and danger, and facilitating both helpful and unhelpful responses.’

In the real world, the team say as people’s network connections grow larger, the risk of a lack of decision or bad news being buried could get worse.

‘Given the growing dependence of personal communication channels and their widening scale, the negative aspects of network reinforcement may intensify,’

‘Humans have an evolved psychology when it comes to responding to collective threats to feel anxiety and fear in isolation, but modern communication technology may provide dangerous and false reassurance,’ they wrote.

‘Although social networks excel at providing social support, they may work poorly as information pathways for inconvenient truths, especially when it matters.’

He said AI agents being added into the mix can help encourage people to make more useful decisions in a network situation – and help groups coordinate better.

‘I’m working on the study to examine if these idea can be applied to social coordination in emergencies,’ said Shirado.

The research has been published in the journal Proceedings of the Royal Society A.