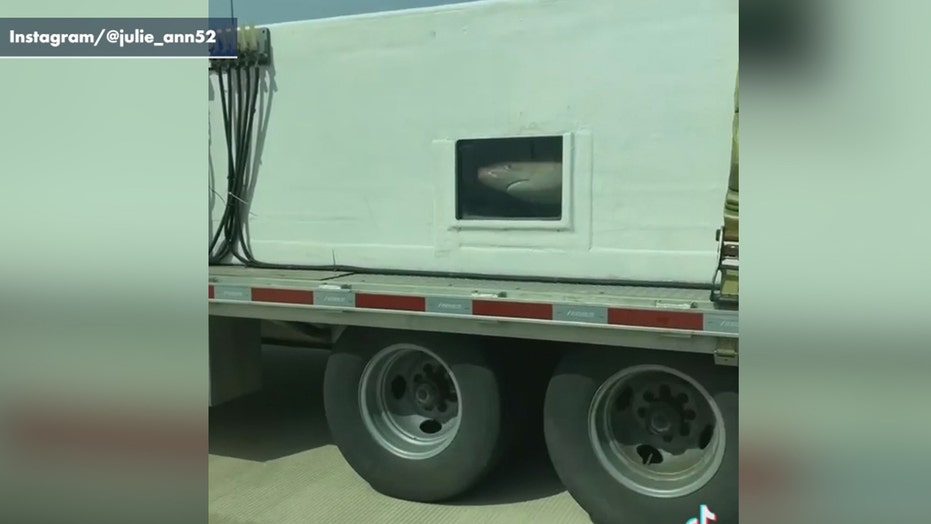 A woman filmed this incredible video of sharks swimming in a container on the back of a truck on I-95 in Baltimore.

An extinction event about 19 million years ago decimated shark populations by up to 90%, researchers say.

In a paper published Thursday in the journal Science, Yale University oceanographer and paleontologist Elizabeth Sibert and Leah Rubin, then an undergraduate student at the College of the Atlantic in Bar Harbor, Maine, wrote that shark populations have still not recovered from the abrupt die-off.

By studying shark teeth and other marine microfossils buried in deep-sea Pacific sediment, the pair reportedly found that current shark diversity was just a “small remnant of a much larger array of forms” eliminated by the Miocene-era extinction.

Sibert told Fox News via email on Saturday that she and Rubin had discovered the event “entirely by accident.”

“I study microfossil fish teeth and shark scales – a particularly niche group of microfossils in the already small field of micropaleontology – so there’s not all that much known about them,” she explained. “We decided to generate a long record of fish and shark fossil abundance, going back many millions of years in the same place, just to see what normal background variability was. … What we found was that the ratio of fish teeth to shark dermal scales (denticles) in the sediments was constant for over 40 million years (from ~60 million years ago until 19 million years ago), with about 1 shark fossil for every 5 fish fossils.”

“However, at 19 million years ago, that changed suddenly and dramatically, and that ratio fell, to about one shark fossil in 100 fish teeth or more,” Sibert said. “Ninetee  million years ago isn’t really known in geologic history as a time of rapid environmental change – so we weren’t expecting to find any change in the vertebrate community, much less a huge shark extinction!”

However, its cause remains shrouded in mystery, the paper notes, as “there is no known climatic and/or environmental driver of this extinction.”

“Modern shark forms began to diversify within two to five million years after the extinction, but they represent only a minor sliver of what sharks once were,” the researchers noted.

The study also posits that the early Miocene period was one of “rapid, transformative change for open-ocean ecosystems.”

“Like most research endeavors, this first paper offers more questions than it can answer and we plan on investigating the breadth of data denticles offer through a varied set of lenses, from hydrodynamics to ecology,” Rubin said in a quote provided to Fox News.

The findings by Sibert and Rubin – who is now an incoming doctoral student at the State University of New York College of Environmental Science and Forestry – reinforce those of a previous study using the same data set.

In 2018, a separate group of scientists analyzing shark teeth from fossil deposits reported in the journal Current Biology that the asteroid that wiped out the dinosaurs 66 million years ago also killed as many as 34% of prehistoric shark species.

However, sharks were able to survive millions of years later without major disturbances.

While the pelagic predators have declined in numbers in recent years, primarily due to overfishing and other anthropogenic stressors like climate change, recent reports from both Pacific and Atlantic waters show populations of great white sharks are booming. 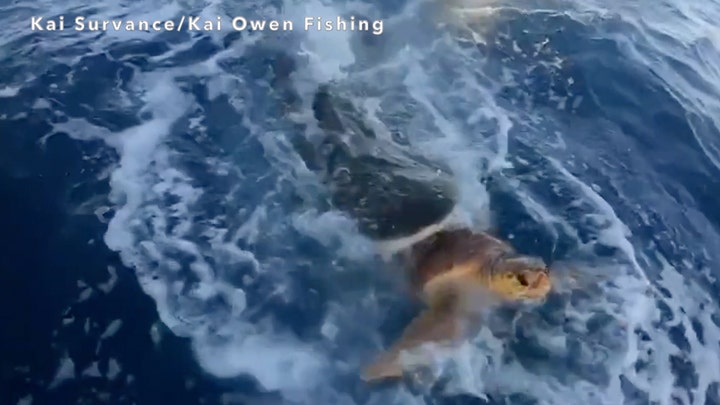 Although the 2021 “shark season” is just beginning, more than 100 juvenile great whites have been tagged off the Southern California coastline and a study recently published in the journal Biological Conservation found that between 2011 and 2018 great white numbers in Pacific waters had notably risen.

The report’s authors also suggested that there had been a “similar regional increase in white shark numbers in the US Economic Exclusive Zone of the northwest Atlantic,” citing research from 2014 that forecast an optimistic outlook to white shark recovery in the Atlantic.

Nevertheless, a January report in the journal Nature found that the global abundance of oceanic sharks and rays has declined by 71% since 1970.

There are more than 500 species of sharks, according to the Smithsonian’s Ocean Portal, which estimates 100 million are killed by fisheries every year.