You may hear about natural disasters often, but some of the deadliest disasters in world history have been anthropogenic hazards (environmental disasters caused by human activity).

For this list, we’re focusing on incidents (and accidents) involving nature that were caused or worsened by people and their machines. From oil spills and explosions to nuclear testing fallout, these are some ecological disasters that changed our world forever.

Many believe that The Dust Bowl was caused by ignorance about farming practices. 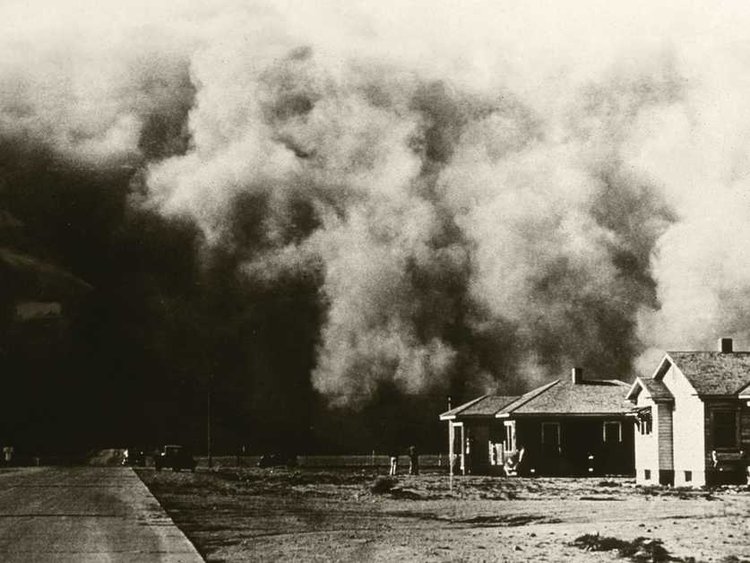 Before World War I,the land on the American Great Plains had mostly been used to raise cattle and other stock animals. Then, millions of acres were put under plow so that farmers could grow wheat.

After a decade of healthy rainfall and intense plowing of virgin soil by people with little to no knowledge of the land or the environmental conditions, a severe drought hit the American plains. Dry eroded topsoil turned to dust, and when high winds went sweeping through it, created devastating storms. The worst of it occurred on April 14, 1935, a day nicknamedBlack Sunday because of a “black blizzard” — or dust storm — hundreds of miles wide and thousands of feet high that seemed to turn day into night and lasted for several hours.Caused by acombination of nature and human error,the Dust Bowl is thought to have left an estimated 500,000 people homeless and caused an estimated 2.5 million to pack up and move elsewhere. Dust pneumonia, also called “brown plague,” is also thought to have killed hundreds of people, many of whom were infants or elderly. 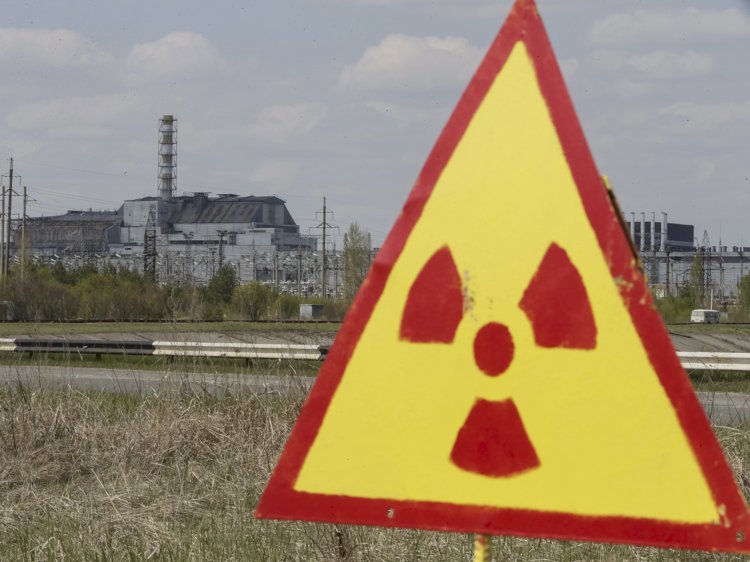 On April 26, 1986, an accident at the Chernobyl nuclear power plant near Kiev, Ukraine, caused high levels of radiation in the area. The information around the accident is still fairly hazy because, at the time,Ukraine was part of the Soviet Union and the government initially tried to keep the explosion under wraps.

Likely because of their downplay and the lack of knowledge, many plant workers and firefighters were exposed to radiation. Within three months,30 people died of acute radiation sickness but thousands were affected, including the hundreds of thousands who were evacuatedfrom nearby cities Kiev and Pripyat.

Early nuclear testing in the United States had environmental and health impacts for those who lived near the sites. 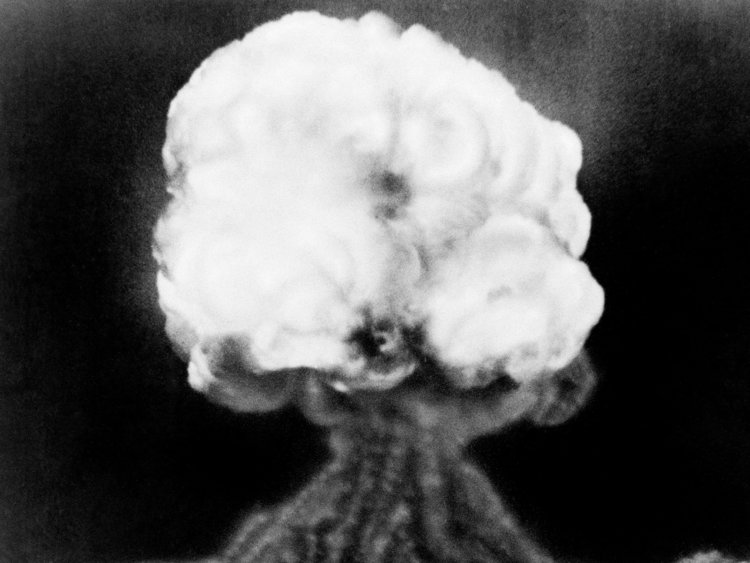 The United Statesgovernment conducted 200 nuclear tests at sites in several states in the American south and west including Nevada, Arizona, Washington, and New Mexico from 1945 to 1962.

It was later discovered that fallout from the testsseverely compromised the health of those who worked directly with the hazardous materials, others who worked on-site, and even those who just lived in areas “downwind,” later referred to as “downwinders.”

Exposurefrom radiation from the tests was linked to thyroid cancer and leukemia and it’s hard to know exactly how many people died as a result of the fallout from the tests.

Some early estimates had the death toll in the thousands, but one recent estimate by University of Arizona economist Keith Meyers put the number at340,000 to 690,000. Eltona Henderson,with Idaho Downwinders, told the Salt Lake City Tribune that she saw entire families “wiped out by cancer” believed to be linked to these tests.

In 1990, Congress passed theRadiation Exposure Compensation Act to pay tens of thousands of sick Americans and their families between $50,000 and $100,000 each.

The Exxon Valdez oil spill had no human casualties but had an immense environmental impact. 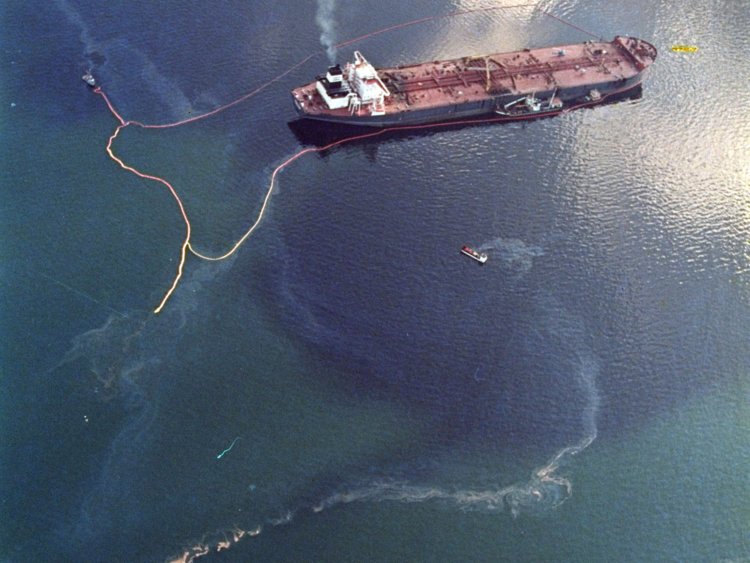 No people were harmed when Exxon Valdez, an oil tanker owned by the company Exxon Shipping Company, struck Bligh Reef in Alaska’s Prince William Sound andspilled 11 million gallons of oil, but the loss of wildlife was huge.

The oil spill was spread across 1,300 miles of the coast, according to the AP, and effectively ruined the habitats of herring and pink salmon, two major profit drivers for the fishermen in that area.

Expertscalculated that some 302 seals, 2,800 otters, and “an unprecedented” number of birds had been killed. After 30 years,some animal populations, including birds and whales, have still not recovered.

Though no one died directly from the oil spill, it also had huge impacts on the fishermen in the area,many of whom lost their livelihoods and reportedly saw abig impact on their families. 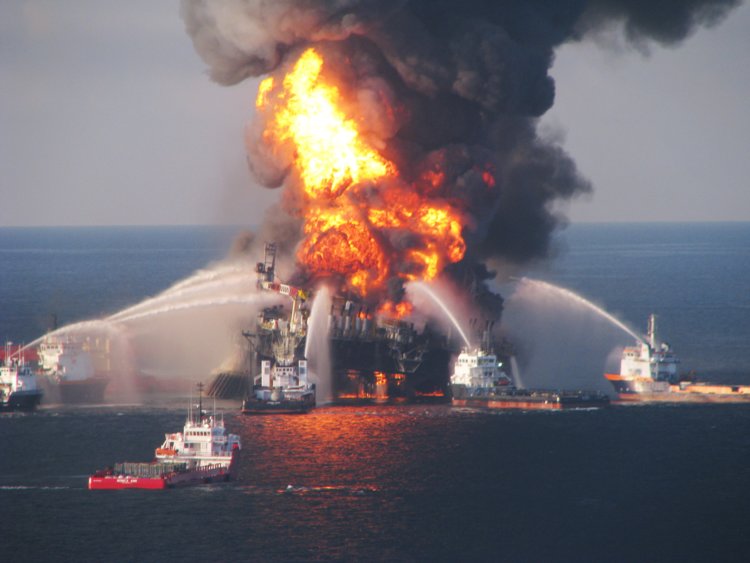 While drilling a deep exploratory well in the Gulf of Mexico on April 20, 2010, the rig known as Deepwater Horizon exploded.

Elevenof the 126 crew members died, while17 others were treated for injuries. It sank on April 22 and began to spill oil. Over the course of 87 days, the rig’s damaged wellhead spewed between 134 million and 206 million gallons of oil into the gulf.

Reports from five years after the disaster estimate that over 800,000 birds, 65,000 turtles, 12% of the area’s brown pelican population, and four times as many dolphins than the previous historic rates had died. A reported10% of the oil from the Deepwater Horizon spill sank to the seafloor, affecting the seafloor for years to come, according to experts.

The Flint Water Crisis was caused by a change in water source. 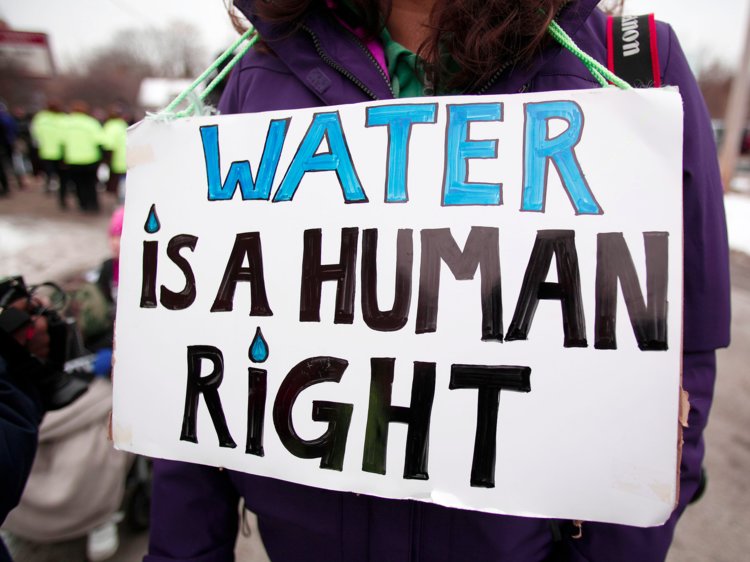 In 2013,officials in Michigan decided to switch the source of Flint’s drinking water to the Flint River rather than Detroit City water. The move was apparently intended to be a temporary fix while they waited on the Karegnondi Water Authority’s system, which would provide water from Lake Huron.

Residents raised concerns about the new water source almost immediately and a boil order went into effect just a few months later after the water tested positive for coliformbacteria which typically indicated that pathogens are present in the water.

Though officials in the city insisted the water was safe after a few months, doctors from the Hurley Medical Center foundhigh levels of lead in the blood of children in Flint using comparative blood tests from before and after the water source switch. The percentage of childrenwith high lead levels in their blood doubled, Dr. Mona Hanna-Attisha, who conducted the tests, told NPR.

Researchers from Virginia Techfound that the water from the Flint River likely corroded the lead in the pipes, which experts believe poisoned the residents for 18 months between 2014 and 2015.

The contaminated water has also been blamed for an increase in a severe type of pneumonia known asLegionnaires’ disease thanks to the low levels of chlorine.

According toPBS in 2018, while the official record says that 90 people were made sick and 12 were killed, an investigation shows that as many as 119 deaths that year from pneumonia may have been caused by legionella bacteria in the water.

Today, thewater has been reported to be at acceptable levels of water quality, but many have expressed doubt over its safety.

The Great Smog of London was a mystery for years. 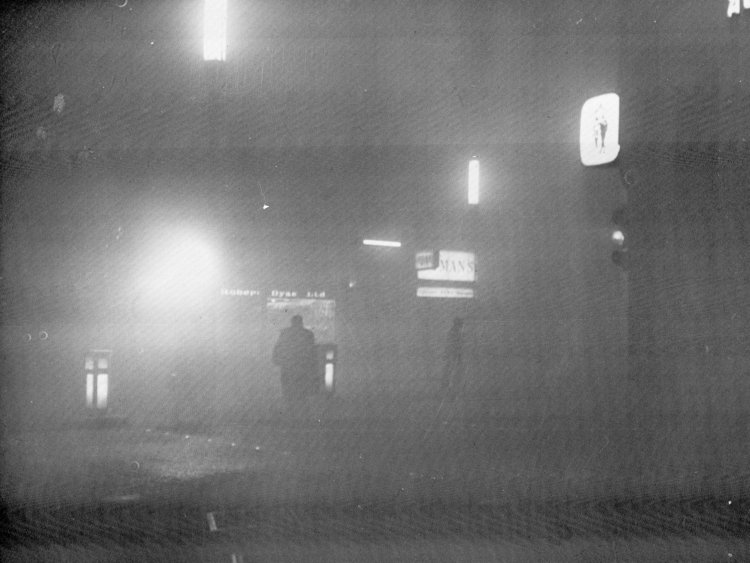 On December 5, 1952, London was covered in a deep smog that stuck around for five days. It was so dense that it grounded air travel and all transportation except for the underground was halted. Experts estimatethat 12,000 people died as a result and 150,000 were hospitalized, and thousands of animals died.

Though it was a mass-casualty incident, many were stumped as to the exact reason for the smog. Officials knew though thatone of the causes was the pollution in the area and passed the Clean Air Act of 1956, which limited coal burning in cities in the UK.

Years, later, a study by agroup of scientists published in the journal Proceedings of the National Academy of Sciences, found by comparing the incident with that of China, that sulfur likely mixed with the fumes of burning coal, creating the thick yellow smog that is thought to have poisoned thousands.

The Union Carbide Cyanide gas leak caused a death toll in the thousands. 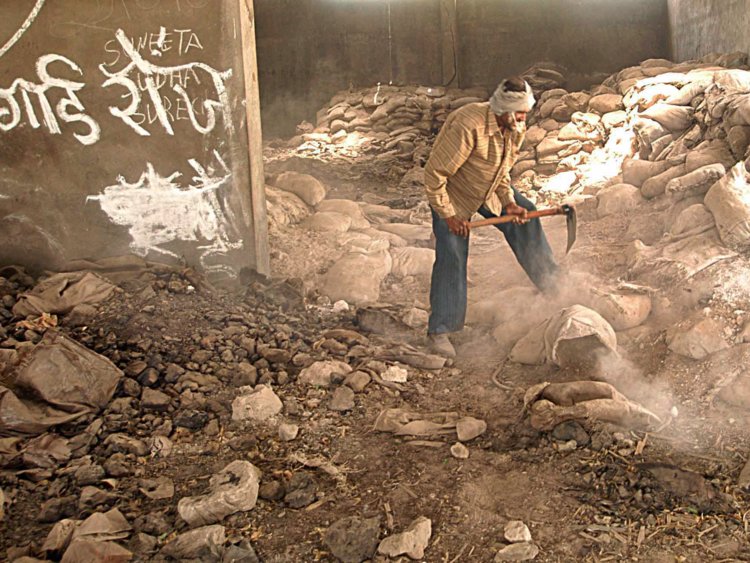 On December 2, 1984,an explosion at the Union Carbide insecticide plant in Bhopal, India, caused 45 tons of methyl isocyanate gas to leak out and reach the nearby towns, which killedmore than 3,000 instantly. Later, thedeath toll was estimated to be between 15,000 and 20,000, according to Brittanica, with about 500,000 affected by the gas exposure.

After the incident, the gas leak was reportedly not dealt with properly andmore than 300 metric tons of waste remained at the site decades later in 2016. Because of this, chemical runoff is believed to have contaminated the drinking water in the area andsome experts say it has caused chronic health problems and birth defects.

In 2004, the government of India was required to provide clean water to residents because of contamination in the groundwater and in 2010,seven former employees of Union Carbide were convicted of negligence in relation to the incident. 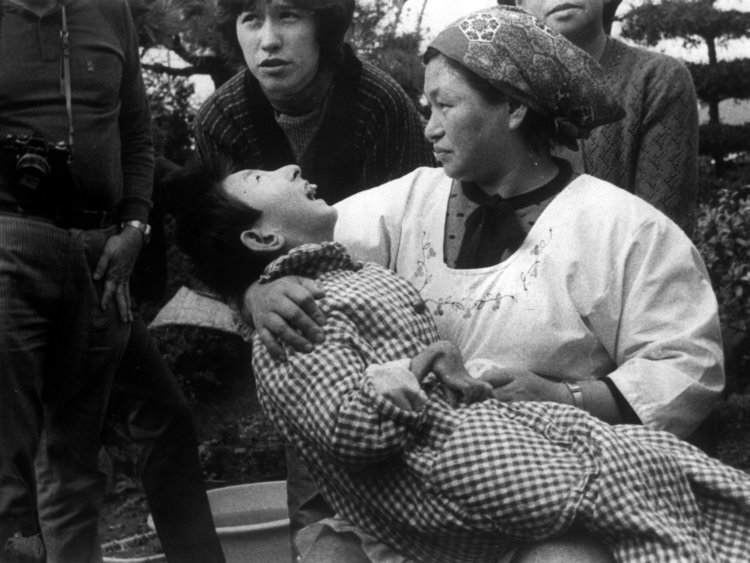 From 1932 to 1968, The Chisso Corporation, a Japanese fertilizer company, released wastewater into the bay off of Minamata City that contained anestimated 30 tons of methylmercury.

That toxic chemical affected fish in the bay that were then eaten by humans who contracted mercury poisoning, also known as Minamata disease. The disease causesamong other things, seizures and muscle spasms. About3,000 people are certified victims of the disease, while 2,000 more have sought to be classified as such.

Various legal actions have awarded money tocertified victims of the disease and in 2017, the UN agreement the Minamata Convention on Mercury sought to limit the risk of mercury poisonings and pollution.