Researchers in the Arctic Ocean have discovered a massive network of undersea faults that have been slowly leaking methane, which are believed to be contributing to the withdrawal of ice sheets in the region.

Led by Malin Waage, the team from the Arctic University of Norway documented a huge number of active ‘mounds’ of undersea methane in the Barents Sea, some as wide as 1,600 feet.

The team had initially thought that methane leaks themselves might have been caused by some environmental instability driven by the effects of climate change, according to a Newsweek report. 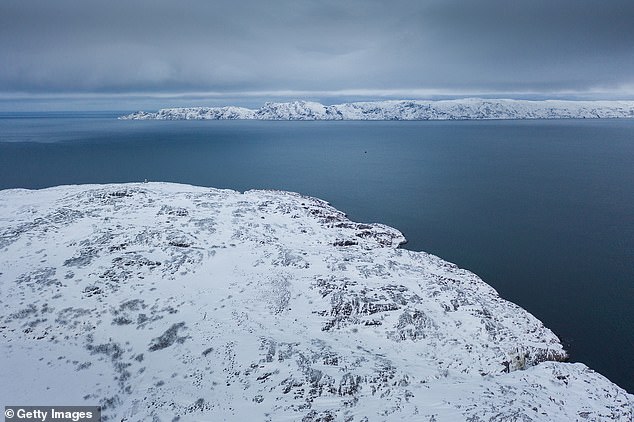 After analyzing 3D seismic data for the region, the team discovered that based on craters left behind by previous ruptures, it was much more likely that structural weaknesses in the seafloor triggered the release of the gas.

The region was covered with many such craters, some as wide as 3,000 feet, which were initially believed to have formed around the end of the last ice age, between 11,000 and 12,000 years ago, driven by the effects of the dramatically changing environment at the time.

However, the seismic data showed that many of the craters were much older, having formed at least 20,000 years ago.

Many appeared to have been triggered not by changing climate conditions, but structural weaknesses in the seafloor connected to their position within the larger network of undersea faults.

After analyzing 20% of the region, the team found that the mounds of methane still present beneath the surface might similarly be more influenced by the structural dynamics of the seafloor than the short-term shifts in climate change. 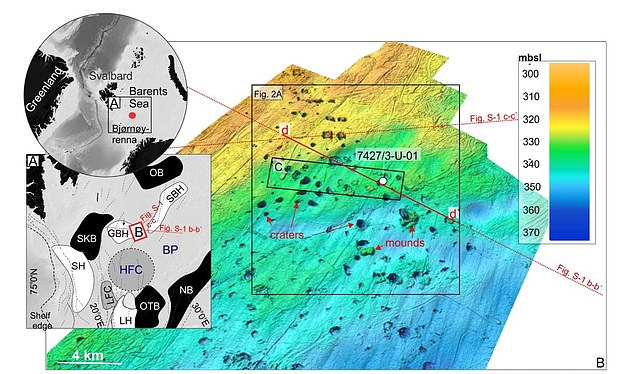 Previous research had found a wide range of craters located where previous methane ruptures took place, which researchers had previously assumed were caused by climate instability during the end of the last ice age 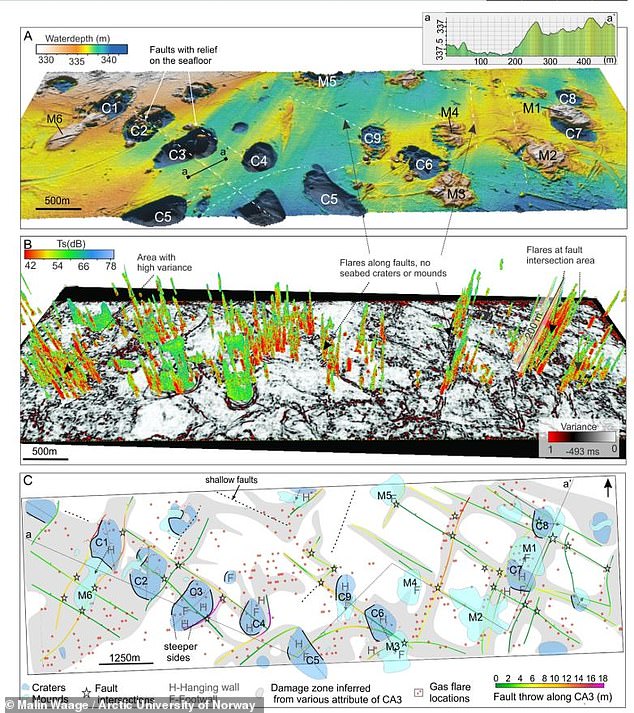 The new analysis, based on 3D seismic data, suggests that structural instability in the seafloor is a much more likely explanation for the crater formations, and could help predict which large ‘mounds’ of undersea methane by rupture next

While Waage admits there is ‘still very much that we don’t know about this system,’ the findings could help researchers create more accurate models for ice sheet withdrawals based on which pockets of methane are most susceptible to rupture.

It could also be used to help guide efforts to minimize the effects of climate change by storing surplus carbon dioxide under the seabed.

With a more accurate model for the fault zone on the seafloor, engineers could find structurally stable locations to store surplus carbon dioxide that won’t immediately be at risk for rupture.