Ye, formerly Kanye West, is one of the biggest rappers in the industry. At first, no one took him seriously due to his middle-class background. But the Chicago native fought his way to the top of the charts. While people know him for his unpredictable behavior, Ye’s music is still influential.

Jay-Z and Ye are on roughly the same level in terms of wealth and fame. They are close friends but have shown some rivalry occasionally. Due to their competitive nature, Ye’s first critically acclaimed song involved Jay-Z in an unusual way.

Both Ye and Jay-Z began their music careers in the ’90s and built huge followings. Their hard work over the years landed each of them with a net worth in the billions. West once commented that he needed to be as wealthy as Jay-Z.

The two artists have earned their fair share of Grammy trophies and nominations. Jay-Z earned 83 nominations and over 20 awards; Ye has 75 nods under his belt. In fact, Ye and Jay-Z officially tie in regards to Grammy wins. The tie began when Ye won an award for the album Jesus is King in 2021.

Naturally, the famous rappers have collaborated on songs. Ye’s song “Jail” features Jay-Z, and the pair worked on “Run This Town.” Fans of Ye and Jay-Z can listen to both of them on the album Watch the Throne.

Jay-Z and Ye have been good friends from the start, and Ye refers to the other as his “big brother.” Eventually, they experienced a rocky relationship for some time.

Even though Jay-Z and Ye have been friends for a while, they still have a competitive relationship. Still, Ye had his first Grammy-winning song involve the other artist in a way. The song was “Jesus Walks,” and it won Best Rap Song.

According to MTV, Ye showed three videos for “Jesus Walks” and said originally wanted to make five. Jay-Z’s roundabout involvement has to do with the production. Ye wanted director Hype Williams to help make one version of the music video for the song.

However, their “big brother/little brother” rivalry stopped Ye from hiring Williams. He had heard that Jay-Z planned to use the director for “99 Problems.” Instead, Ye decide to get Michael Haussman on board for the first version of “Jesus Walks.”

Chris Milk was in charge of the second music video, which people found interesting and controversial. Meanwhile, the third version had Ye, Coodie, and Chike of Channel Zero co-direct it. Even though Ye did not use his first choice as a director, people still enjoyed his videos.

Ye and Jay-Z got a Grammy nomination for a collaboration 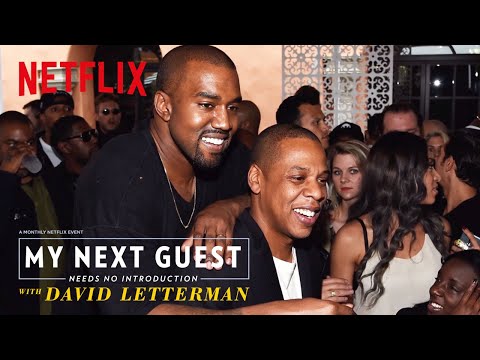 Ye and Jay-Z still cared about each other during the feud. They eventually managed to patch things up. The friends are confident that they can get through any issues they have in the future. In the meantime, they’ve recently worked together on projects.

For the 2022 Grammy Awards, Ye and Jay-Z won a trophy for Best Rap Song for “Jail.” Both rappers also received a nomination for Donda but did not win. Ye produced the album, and Jay-Z appears as a featured artist and songwriter.

The awards show typically includes several performances from various artists. Good Morning America reported that the organizers banned Ye from performing at this year’s Grammys. The ban was a response to his behavior online regarding his impending divorce from Kim Kardashian. Officials did allow Ye to appear at the awards ceremony and go on stage to accept his trophy.