Singer Avril Lavigne has released just two albums in the last decade. As fans await her highly anticipated follow-up to 2019’s Head Above Water, she put out a collaboration with rapper and current boyfriend Mod Sun. What is the age difference between the two musicians?

Lavigne broke out as a singer in the early ’00s. She left high school and got a record deal, releasing her debut single, “Complicated,” in 2002. It shot to the top of the charts. Lavigne put out her album, Let Go, followed by more hit singles, “Sk8r Boi” and “I’m with You,” earning her a place in the rising pop punk scene.

Under My Skin and The Best D*mn Thing, the artist’s second and third albums offered subsequent hit singles. But a shift to a more mature image and a new label brought less mainstream success. Lavigne also spent time out of the spotlight dealing with Lyme disease.

Mod Sun launched his solo career in the 2010s

Mod Sun (real name Derek Ryan Smith) also got his start in the pop punk scene. After touring with the band Scary Kid Scaring Kids, he branched out on his own. In addition to being a rapper, he’s a musician known for playing the drums, piano, and guitar.

The couple released their first song together

Smith’s new pop-punk direction was inspired by the music he was a fan of growing up. So naturally, he sought out one of those formative artists for the album. Lavigne is featured on the single “Flames,” which dropped in January 2021. Later, they released an acoustic version of the song.

“A lot of my [teenage] style was based off of her,” Smith told Nylon of Lavigne, who he referred to as “the absolute queen” He continued, “I tell her this sh*t all the time. I fan out. I’ll talk up your sh*t if you don’t. I’ll remind you how much of an icon you are.” 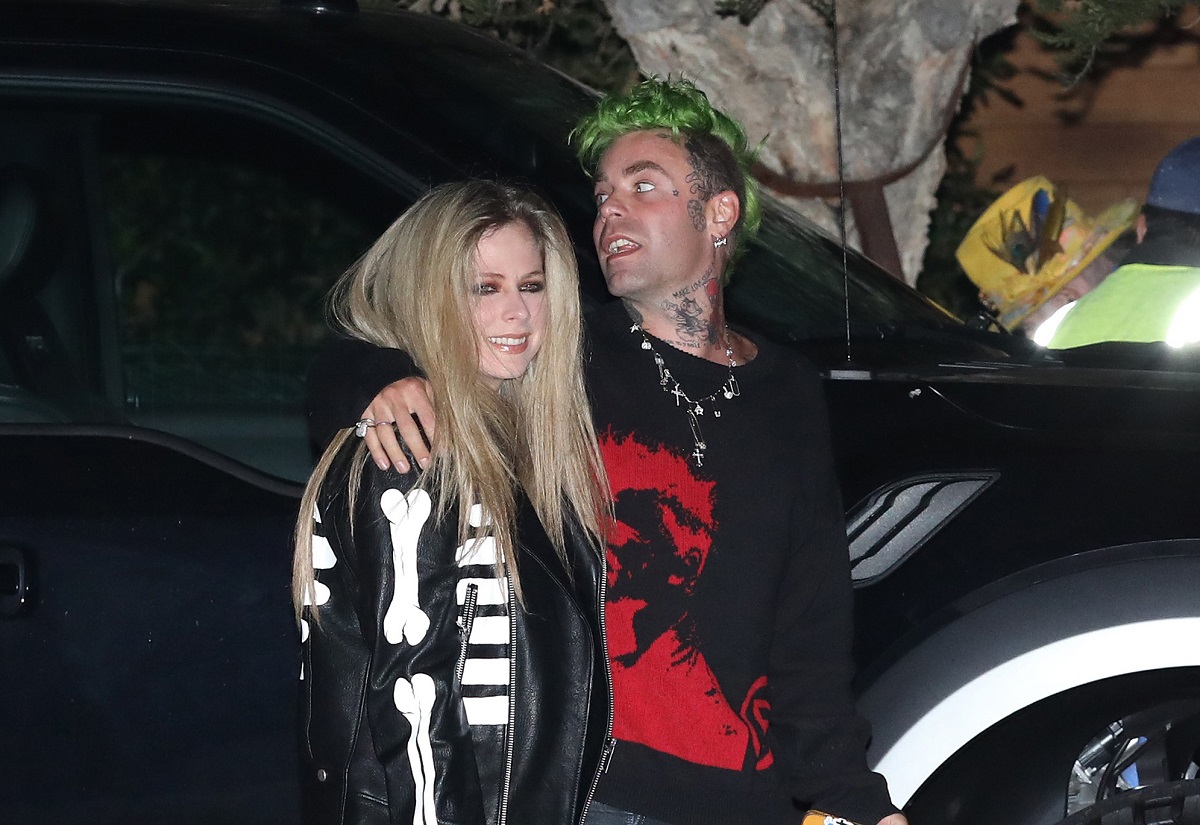 Smith has made headlines for dating younger women in the past. He was in a very public polyamorous relationship with Tana Mongeau and Bella Thorne, which eventually led to a brief marriage to the latter and a separate relationship with the former. Both are in their early 20s.

Lavigne’s romantic life has been a popular tabloid topic since she was a teenager. She’s been married twice: First to Deryck Whibley of Sum 41, then to Nickleback’s Chad Kroeger. Both relationships ended in divorce.

But despite their complicated pasts, Smith and Lavigne are a very age-appropriate couple. She’s just two and a half years older than him, putting them both in their mid-30s.