When asked about the secret behind Van Morrison’s classic Astral Weeks LP 50 years later, Warren Smith has a simple answer: “He got the right people.”

The 84-year-old percussionist, who played vibraphone on the 1968 album, is referring to the crack team of jazz A-listers that producer Lewis Merenstein recruited to accompany the Irish singer-songwriter, including Smith, bassist Richard Davis, Modern Jazz Quartet drummer Connie Kay and guitarist Jay Berliner. Naming Morrison’s proper solo debut as 19th greatest album of all time, Rolling Stone called out the supporting cast as the “crowning touch.”

As described in Astral Weeks, Ryan H. Walsh’s beautifully elaborate 2018 book on the album’s creation and historical context, the musicians were totally unfamiliar with Van Morrison prior to the first of three recording sessions, held in late September of 1968. The same went for Morrison and his new backing band. “He hadn’t worked in that world with pure jazz players,” Merenstein told me in 2008.

Even in the studio, the singer remained aloof. “Some people are real disillusioned when I tell them about making the record,” Davis told Rolling Stone in 1987. “People say, ‘He must have talked to you about the record and created the magic feeling that had to be there. …’ To tell you the truth, I don’t remember any conversations with him. He pretty much kept to himself. He didn’t make any suggestions about what to play, how to play, how to stylize what we were doing.”

But as it turns out, no suggestions were needed. This ad hoc ensemble achieved an intuitive, stream-of-consciousness free-folk flow that Morrison, then best known for his 1967 Top 10 hit “Brown Eyed Girl” and gritty Them singles like “Gloria” and “Here Comes the Night,” would never again capture on record with such aching purity. Davis’ bass lines drive the ensemble, but Smith’s vibes add crucial color on songs like “Beside You” and “Ballerina.”

Earlier in November, the percussionist — whose vast six-decade discography includes work with everyone from Aretha Franklin to free-jazz saxophone master David S. Ware — reflected on Astral Weeks’ improv-driven sound and what it’s like to have a routine day’s work held up as an enduring masterpiece a half-century later.

How did you get involved in the Van Morrison session?
I was pretty much a studio musician, and I got called to do a recording with a group of other established jazz musicians, like Connie Kay, and Richard Davis was the bass player, and Jay Berliner was the guitar player. There may have been a reed player. I came in and [Van] was in the studio and they had charts — we read the charts down and interpreted what they wanted, and just recorded the stuff. Van was kind of quiet. He sat in the control booth most of the time and listened and then overdubbed his tracks. Everything worked pretty well.

At the time, did this session strike you as different from the average session that you’d do?
You’d do a wide variety of stuff, and Van’s stuff was more, I guess … There were a lot of different groups. I was working with experimental groups like Pearls Before Swine and a whole bunch of other different kinds of people, so it wasn’t unusual for that to happen. Sometimes you just luck up on something that’s going to be perhaps historical or recognized later on. You never know how those things are going to work out. But I was lucky to be there at the right time. 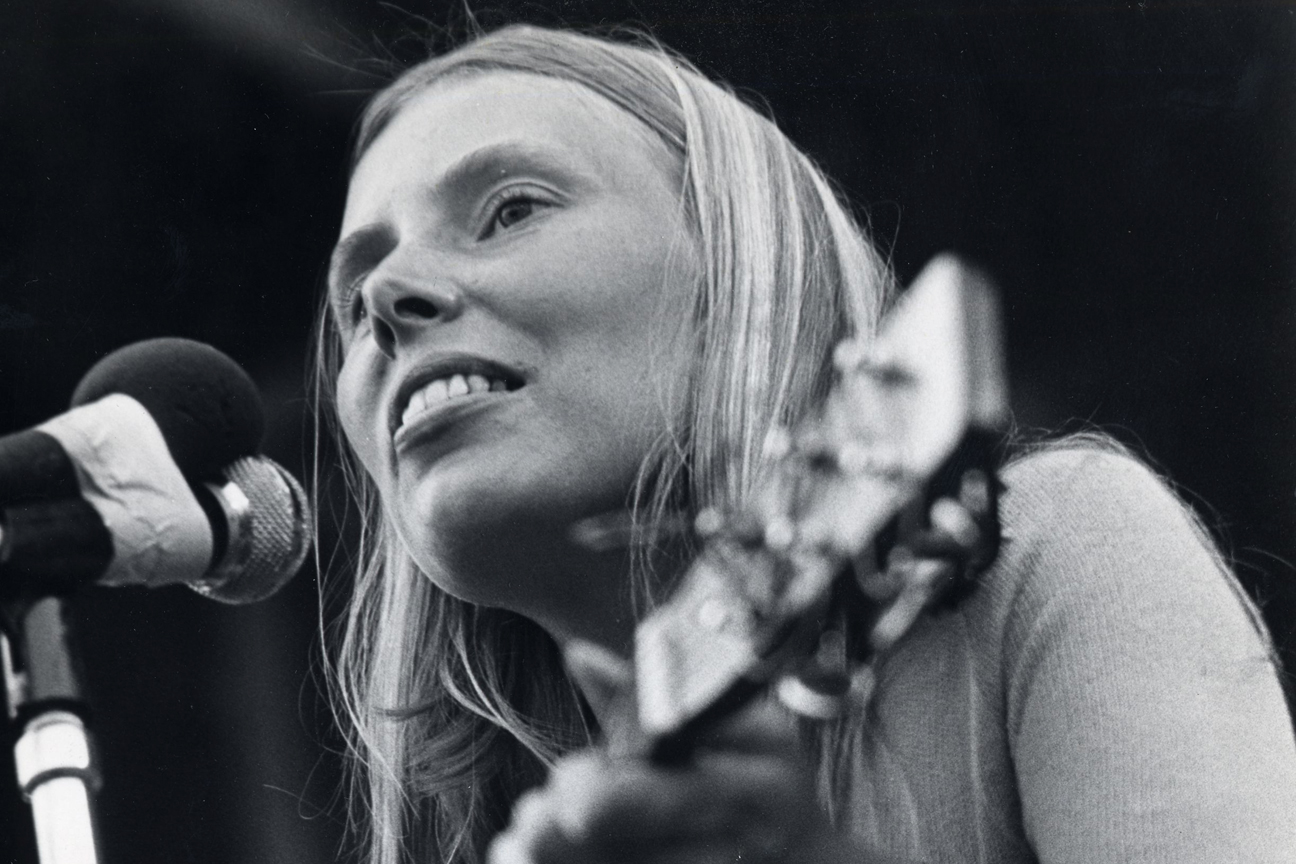 A lot of what gets talked about with Astral Weeks is that it sounds more improv-driven than your average rock or pop album. Do you recall the recording being unusually spontaneous?
They had structures; they had charts. It wasn’t all improvised. You had a structure within which to work. But the people that they called were all pretty experienced musicians, and it wasn’t unusual to encounter such situations. That’s what you get your reputation for doing.

Do you remember a lot of rehearsing the tunes before the actual recording?
Not at all. You arrive and you come prepared for whatever kind of thing it may be. Sometimes it doesn’t always work out, but usually the people who come, or who have those reputations, are capable of handling just about anything that needs to be done on a given situation.

Was vibraphone your main instrument at the time?
No, but the thing was, there were so few people … Actually, I came at a time when they were looking for more African-American musicians who were good readers, and this whole thing with the rock & roll was just blooming into a really big market. So I wound up falling in with a group of musicians who were called frequently to do some recording. 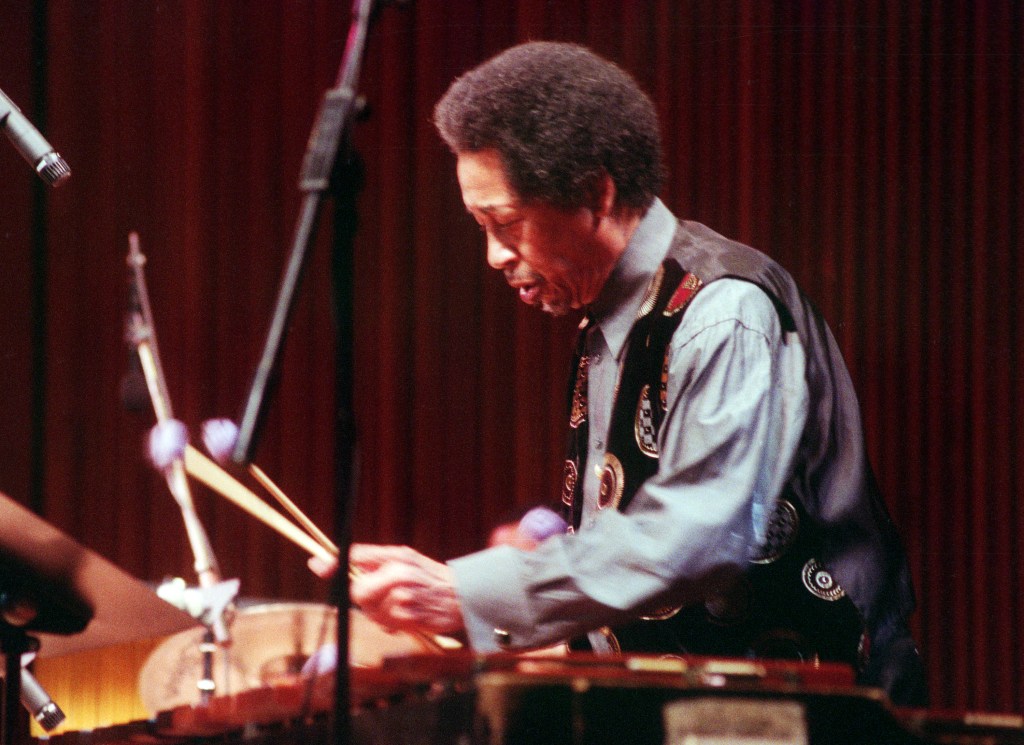 Had you done sessions with Richard Davis, Connie Kay and the other musicians before?
Oh, absolutely, in various circumstances. Sometimes it was jazz; sometimes it was rock & roll; sometimes it was other commercial things. I had been working as a studio musician as well at Channel 7, which was ABC, I guess they called it in those days. You never knew what you were going to encounter on a given day. We were accustomed to just being ready, whatever it was.

Was there a time after the session where you got a copy of Astral Weeks and realized what you all had achieved that day?
Oh, yeah. But it often doesn’t happen for years. I can’t even remember when I finally received a copy. In fact, I think what happened was I went to Europe for the first time after that, and found out that a lot of people knew about the record. It hadn’t been really recognized as a superhit in the United States.

I assume you didn’t ever have any contact with Van Morrison after that?
There was something we did fairly recently. Van wasn’t there, but we had a gathering of people who had been involved in that project. It’s these kinds of things that, you’re just lucky to have been in the right place at the right time. I was literally doing record dates almost six days a week. All kinds of people you hadn’t heard of were coming in from Detroit and all these other places and recording all this music that later turned out to be great.

So you didn’t walk out the door thinking you’d done something great?
I didn’t. No, actually not. That wasn’t at all the impression I got at that particular time. I had no idea, ’cause, you know, you’re doing so many things; it just doesn’t register that someday one of them might be a really big exceptional hit, or something. And it didn’t happen right away.

Why do you think the album ended up sounding so free?
Well, I mean, you’ve got jazz veterans there. You’ve got Richard Davis; Connie Kay is one of the members of the Modern Jazz Quartet. And Jay Berliner was a wizard with the guitar and all this stuff. It was so easy working with these people. What they asked us to do was take what they had and interpret it. And that’s what we did, just the way that a New York studio band would do it, except that these guys were also really good jazz players and not just studio musicians.

So it sounds like you all were really shaping the sound on the spot.
Well, you know, we knew how to play jazz and the blues and all these different forms that [Van] was referring to. And the tunes had a structure that we were familiar with; that’s all I’ll say. He may have had a hard time finding some studio musicians that were purely symphonically trained or weren’t accustomed to syncopation or things that we’d just commonly use. But they looked for us, and they recruited the right people to do that project.

What do you think about the fact that what was just another day at work for you is still being talked about 50 years later?
Man, I’m 84 years old and I’m still blessed to be working and walking around and being able to carry my stick bag, you know what I mean? ‘Cause I have so many friends who are in walkers and stuff and just not able to function, but this music has kept my mind alive. It’s kept me thinking. It’s kept me actively using my physical abilities so that I haven’t deteriorated. And the guys that I knew that … Well, God bless him, Connie Kay is gone, but I just worked recently with Jay Berliner. He’s still around doing stuff, and we knew each other when we were 30; that’s, like, 50 years of acquaintance. So I feel very fortunate to hear this kind of music being evaluated like that and know that I took part in it. I’m grateful for that, but I also know that I earned it, that I had trained myself to an extent that a whole lot of people don’t or can’t do. But it’s paid off; I’m celebrating the birth of my sixth great-grandchild.