Keith Flint, the intense and charismatic frontman of the British electronic group the Prodigy, died this weekend at his home in Essex, England. He was 49.

“It is with deepest shock and sadness that we can confirm the death of our brother and best friend Keith Flint,” the band said in a statement. “A true pioneer, innovator and legend. He will be forever missed. We thank you for respecting the privacy of all concerned at this time.”

An official cause of death was not confirmed as of Monday morning, but the Prodigy founder Liam Howlett wrote on Instagram that Flint died by suicide. “The news is true, I can’t believe I’m saying this but our brother Keith took his own life over the weekend. I’m shell shocked, fuckin angry, confused and heart broken ….. r.i.p brother.”

An Essex police spokesperson confirmed Flint’s death to the Guardian, “We attended and, sadly, a 49-year-old man was pronounced dead at the scene. His next of kin have been informed. The death is not being treated as suspicious and a file will be prepared for the coroner.”

Originally recruited to serve as the dancer by the Prodigy, Flint became the voice and face of the group for 1997’s The Fat of the Land, which produced the hits “Breathe,” “Firestarter” and controversial “Smack My Bitch Up” on both sides of the Atlantic.

In 1997, Flint appeared on the cover of Rolling Stone, and his carnivalesque punk look inspired the “Weird Al” Yankovic parody “Lousy Haircut.”

“As soon as we heard electronica, we were gone,” Flint told Rolling Stone of the group, which emerged out of the U.K. rave scene. “We’re not electronica. It’s another package you can buy if you want to buy it and maybe impress your mates for a week — that would come, and that would go. We’re going to come and keep coming. ‘The latest electronic explosion from the U.K.!’ That ain’t us. Just come and check it out. If you like energy, if you like attitude, if you like tough beats with black rhythms with a bit of soul and a bit of realness, come and check out the Prodigy.”

Howlett added of Flint, “He’s got not a cent of common sense, but he’s actually really intelligent. ‘I’m the self-inflicted mind detonator’ — that’s him. He’ll build things up in his head until he’s on the edge of going mad. That lyric was spot-on.” 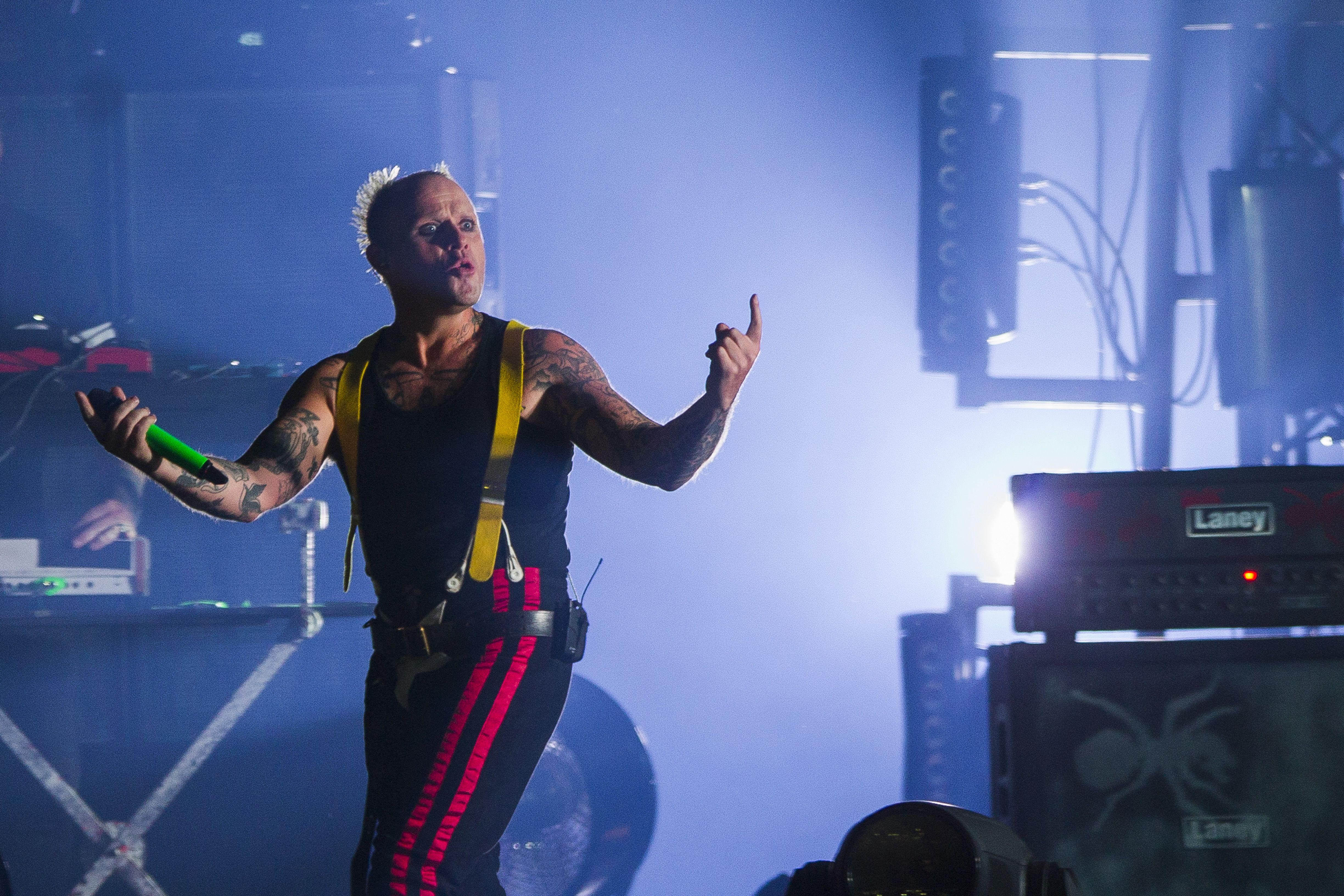 The Prodigy Preview New LP ‘No Tourists’ With Urgent ‘Need Some1’

Following a five-year recording hiatus at the peak of their popularity, the Prodigy and Flint released the 2002 single “Baby’s Got a Temper,” whose lyrics penned by Flint celebrated the “date rape” drug Rohypnol. Howlett would later disown the track and drop it from The Fat of the Land‘s 2004 follow-up Always Outnumbered, Never Outgunned, which featured guest vocalists in place of Flint.

The Chemical Brothers tweeted, “so sad to hear about Keith Flint, we played many gigs with the prodigy over the years and they were always friendly and supportive.he was an amazing front man, a true original and he will be missed.”

This story is developing