When Olivia Gatwood returned from her first grocery store outing during quarantine, she stripped down before coming inside to reduce the risk of cross-contamination.

As the 28-year-old esteemed poet, YouTuber, and activist stood unclothed in the kitchen, meticulously wiping down containers and transferring food from bag to fridge, the weight of the coronavirus pandemic hit her. She got really, really sad.

“I decided to capture it via self-portrait,” she tells ELLE.com. “I’d watched Portrait of a Lady On Fire the night before and was struck by the idea of love as the act of being witnessed and how, in isolation, I’m the only one witnessing myself, which I think is the the basis for all self-portraits.”

She plopped down on a stool in her underwear—hanging plants and a neon sign her backdrop—and stared solemnly into the camera. Gatwood posted the result (above) for her 50,000 Instagram followers using the caption: “Self-Portrait of a Lady in Quarantine.” Then, she put out a call for others to send her their own quarantine pics. Her idea was to make one collage, but within twenty-four hours she received several hundred photos via DM.

They were all “so beautiful,” Gatwood says, and she couldn’t imagine leaving any out. So, she started a new Instagram account @girlsofisolation as a way to curate them. 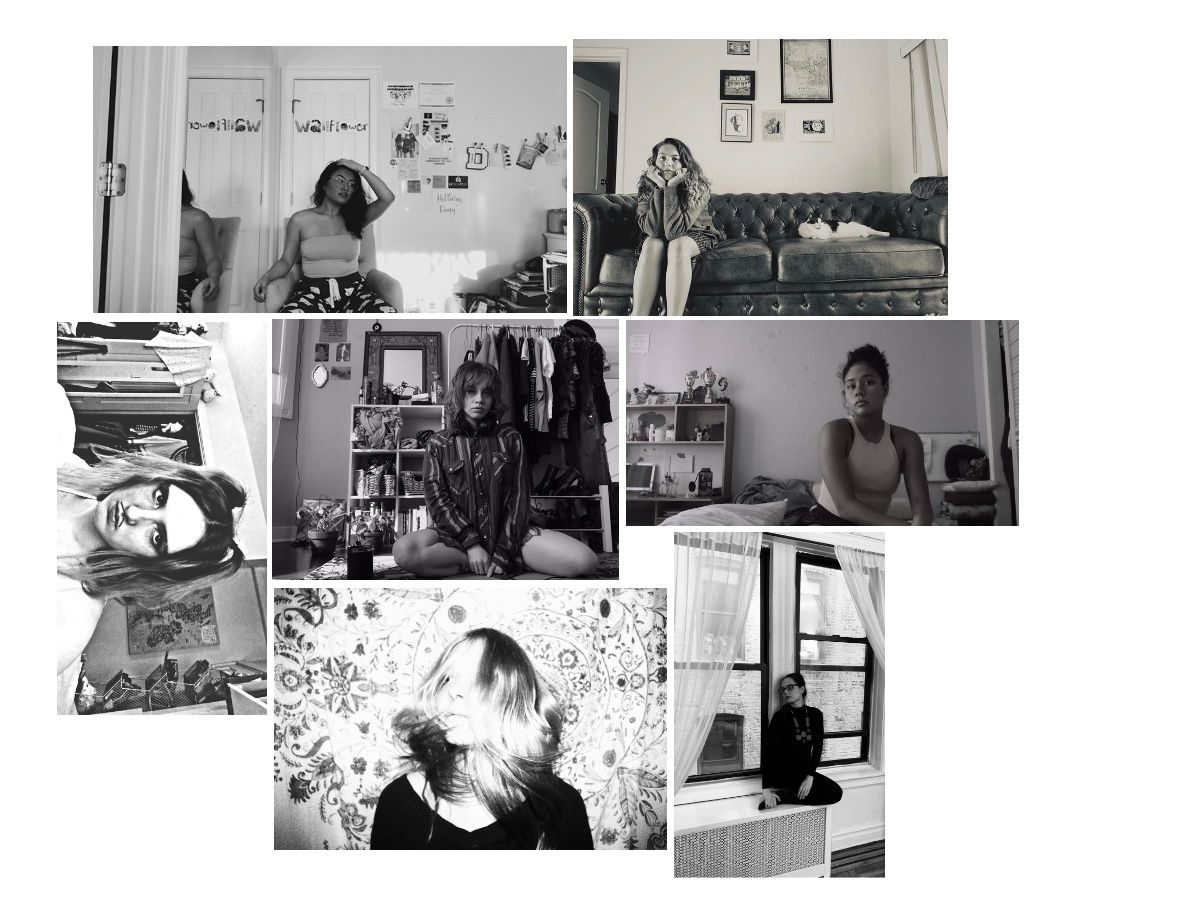 The account has nearly 10,000 followers, and more than 40 collages made up of five or six individual self-portraits in black and white, which, Gatwood says, “gives off this kind of intimate but also melancholy energy, which is very much what people in isolation are experiencing right now.” 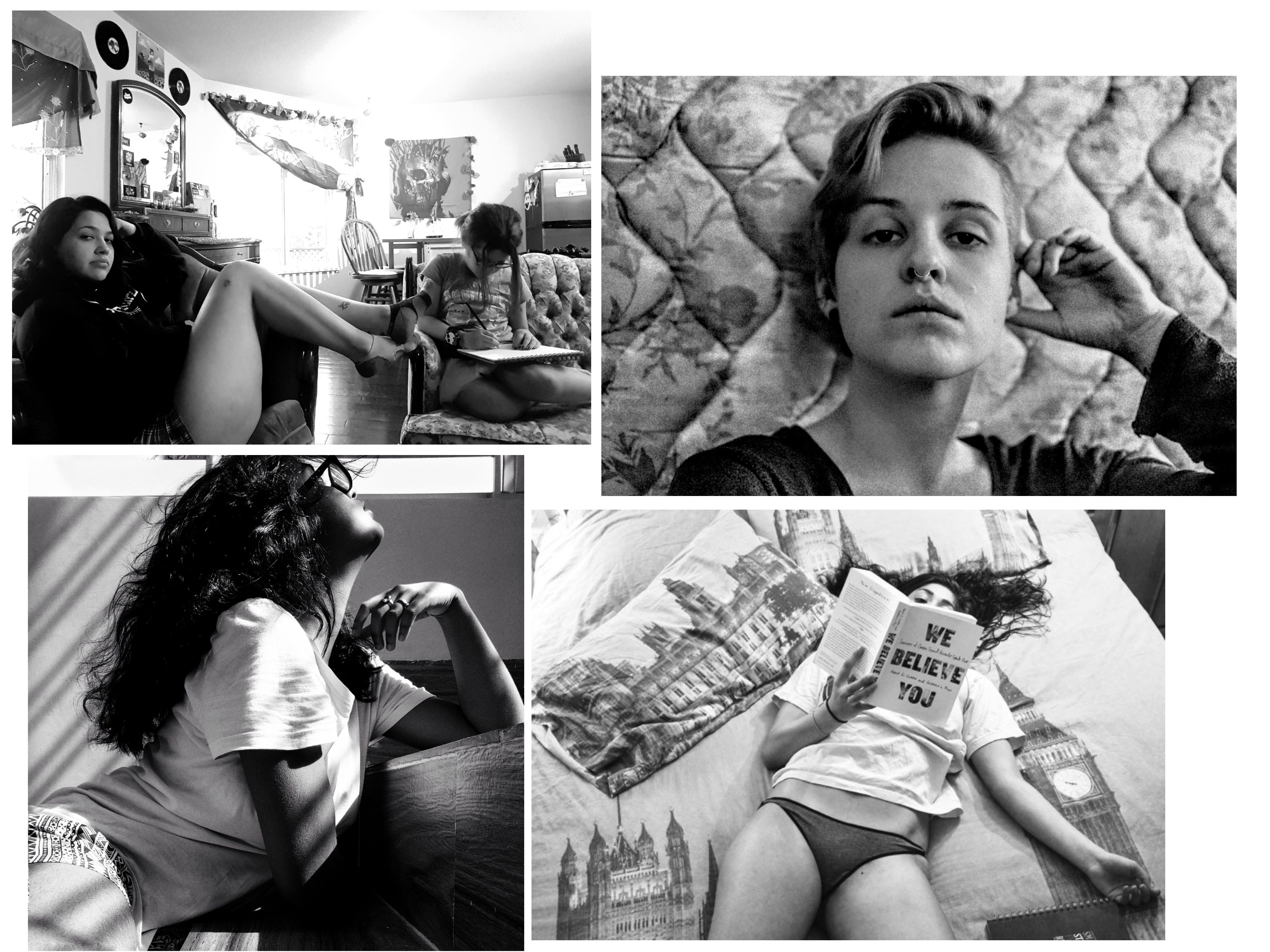 She posts the collages to @girlsofisolation with just the date for a caption and tags the photographer’s handle. What’s struck Gatwood most as she pieces them together is how comfortable everyone looks.

“But more so that, when people are in their bedrooms or their kitchens or their backyards, surrounded by their stuff, with their hand not necessarily on the camera, because many people use a self-timer, the result is this very not-posed, not-over produced, organic picture,” she says. 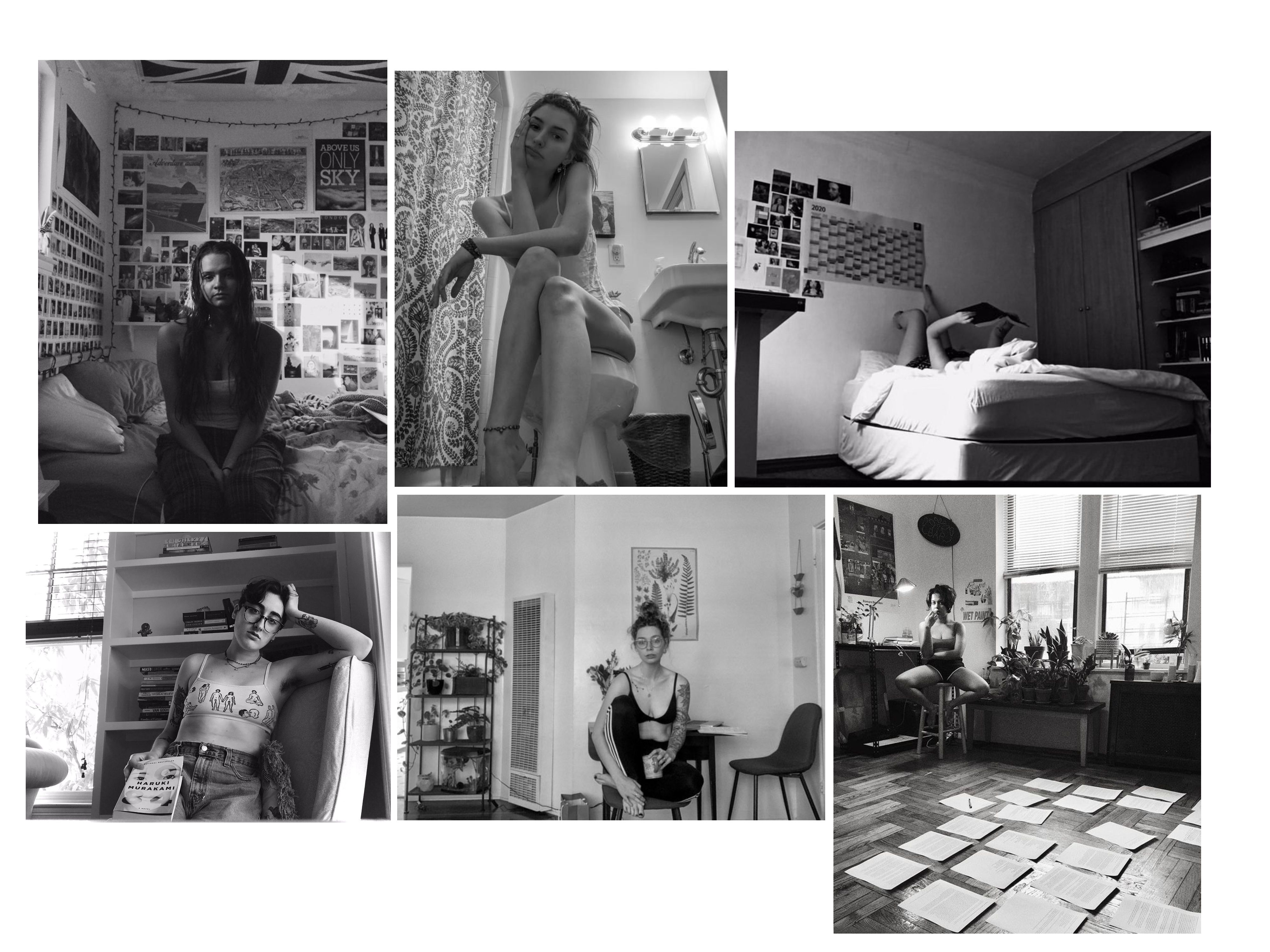 In Gatwood’s opinion, a good isolation self-portrait captures the reality of a moment, rather than one that tries to inject constructed beauty.

“I don’t think girls are given a lot of autonomy when it comes to their physicality but also the spaces they occupy,” she says. “A self-portrait in, say, a bedroom, combats both of those things. Suddenly, the girl can control how she wants to be perceived and is sitting in a space that she designed herself. So even if people don’t submit, I think taking a portrait of yourself right now might relieve some of those feelings of being out of control. Even if it’s small, even if it’s only for a second.” 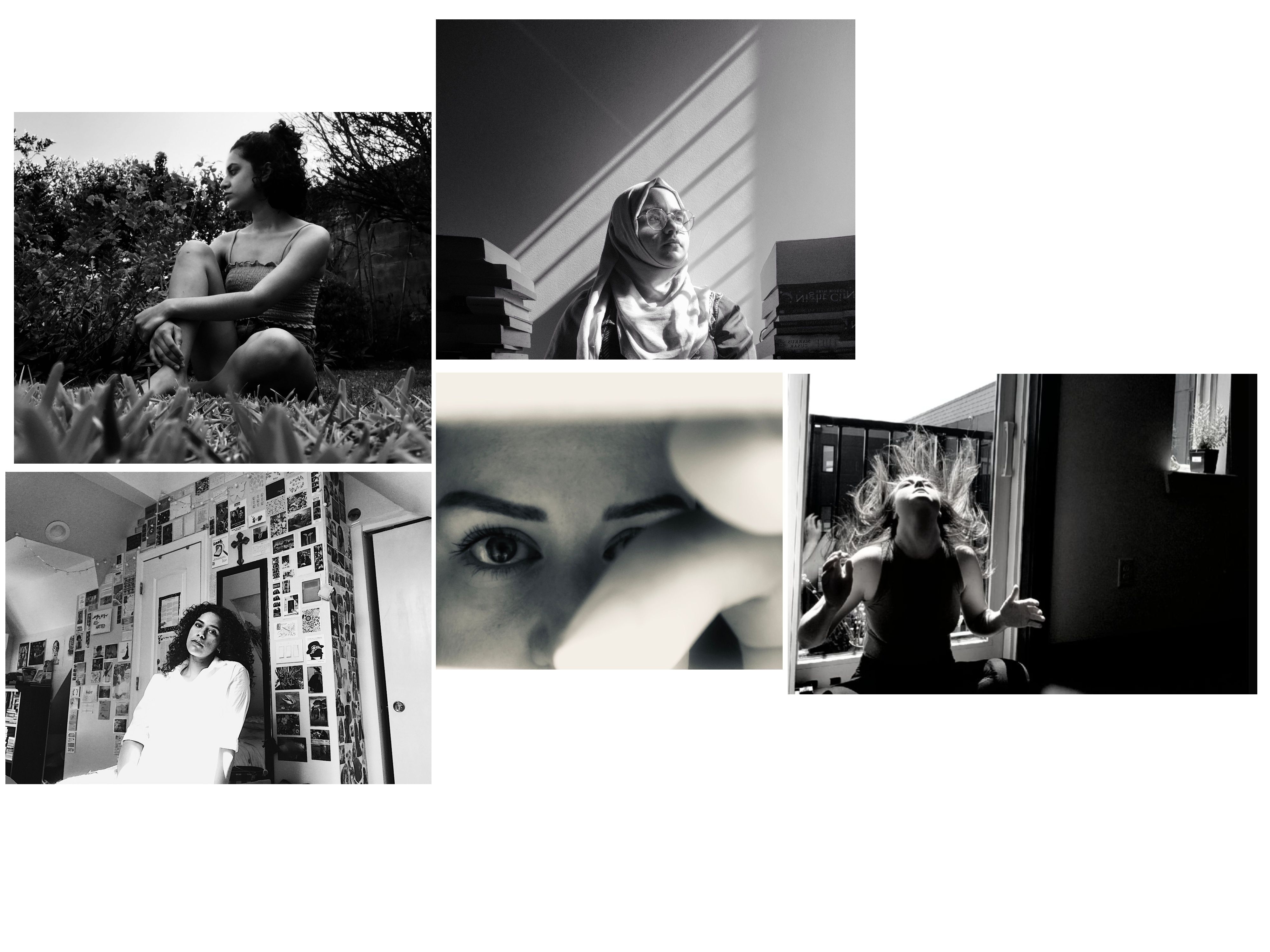 “The page has become a place for girls to control how they see themselves, how they present that image, and then see other girls doing the same,” she adds. “I think that’s comforting and empowering.”