Foo Fighters drummer Taylor Hawkins was a huge fan of Queen and their music. He and his bandmate, Dave Grohl, got the honor of inducting the legendary rock band into the Rock & Roll Hall of Fame in 2001. Hawkins was so close with the members of Queen that drummer Roger Taylor made him godfather to his son and gave his fellow drummer a valuable piece of Queen memorabilia.

Hawkins and Queen remained close until Hawkins’ death on March 25.

Before Sotheby’s 2016 auction, A Rock & Roll Anthology: From Folk to Fury, Hawkins said in an interview that living with rock ‘n’ roll memorabilia is like being surrounded by old friends.

He had a pretty impressive collection. In his home, he had a man cave he called a band cave that was also his studio. That’s where he stored all of his rock ‘n’ roll memorabilia. In Hawkins’ band cave, there are Queen and David Bowie posters and tons of guitars hanging on the walls.

“The stuff that I have, the memorabilia that I’ve collected over the years from record stores or eBay or whatever, it’s almost like comfort food,” Hawkins said. “To be surrounded by all these sort of memories, almost. It’s like being surrounded by old friends.

“There’s two kinds of collecting: there’s that- just the stuff that you love and you’re passionate about and you like to see and it makes you feel warm when you’re surrounded by it, and then there’s the I’m gonna get Eric Clapton’s original lyrics written for ‘Layla’ and that’s an investment.” 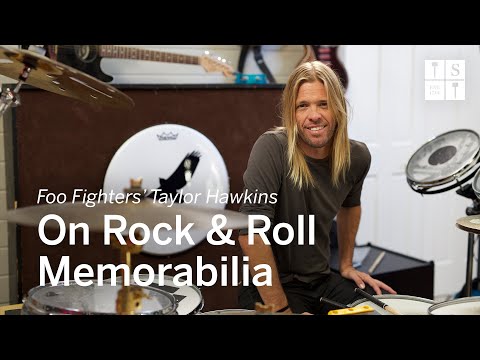 Amongst Hawkins’ collection is an essential piece of Queen memorabilia. Queen was one of Hawkins’ biggest influences. So, snagging this particular piece was detrimental to the drummer.

“I have Roger Taylor’s snare drum that he gave me that he used in the Freddie Mercury AIDs awareness concert that they had after he died,” Hawkins revealed. However, the piece, which is special in Queen’s long history, doesn’t sit in a glass box and isn’t mounted on Hawkins’ band cave wall. It’s gotten some great use.

“I use it,” Hawkins continued. “We’ve used it on recordings. It’s down at the Foo Fighters’ studio, so we’ve used it.” 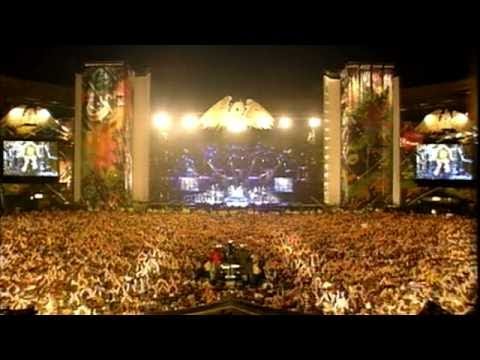 Hawkins had another piece of Queen memorabilia

During his interview with Sotheby, Hawkins showed another piece of Queen memorabilia in his possession.

“A friend of mine gave me this for Christmas a couple of years ago,” Hawkins said, holding up a Play Bill for Mott the Hoople’s Broadway show. “As you see, this is the band Mott the Hoople on Broadway and if you look, very small, it says with special guests, Queen. Oh my god, there’s a ticket inside. I never even noticed that. From that night, oh my god.”

Sotheby’s had the original awning from the legendary punk club CBGB at A Rock & Roll Anthology: From Folk to Fury. Hawkins said he played at the club and thought it was a good-sounding room.

Looking at all of his hero’s pictures on the walls, Hawkins said he couldn’t see himself in the same realm. However, Hawkins did make it to that world. He’s one of the greats, and many fans will miss him.