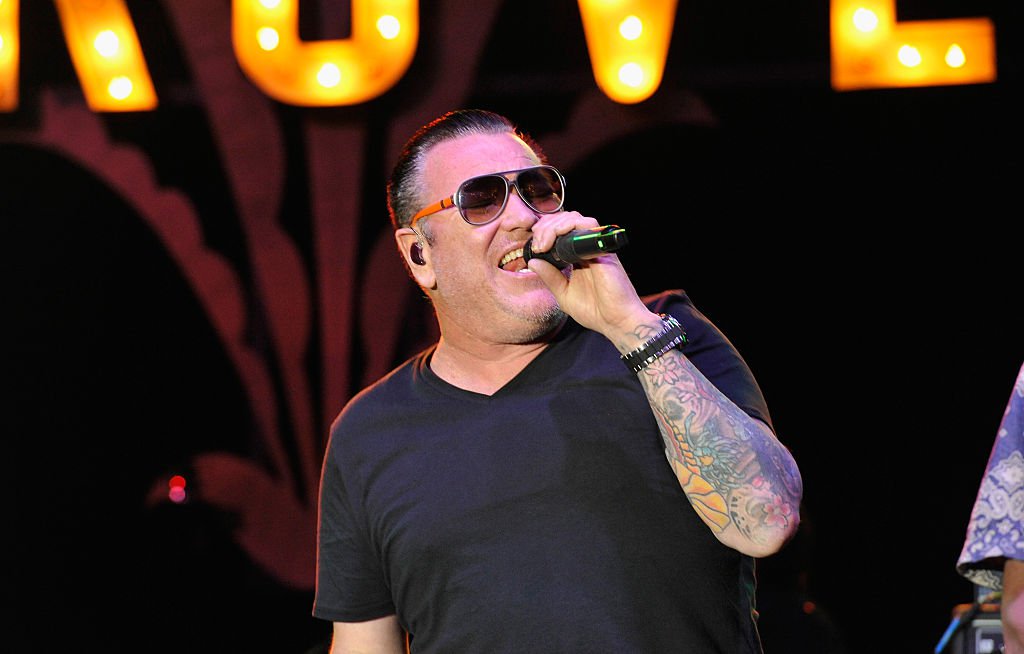 Smash Mouth frontman Steve Harwell has decided to retire after a messy performance where he was allegedly seen insulting audience members at a recent gig.

A fan of the All Star band posted a video on TikTok yesterday where she described her experience seeing them perform live on Saturday at a local beer and wine festival in Bethel, NY.

‘When I say this is the most chaotic show I have ever seen in my entire life… I have no words,’ she said.

In a series of clips from the concert, user @doesthisfeelgood went on to highlight many of the technical issues the gig had, including microphone feedback, unintelligible speech and speakers blowing out.

However, in the clips, Harwell appeared inebriated as he performed a Nazi salute, calling an audience member a ‘f**king nutbag’ and holding up both of his middle fingers to the audience shouting: ‘F**k you b****es’.

He also told another member of the crowd: ‘I’ll f**king kill your whole family, I swear to God.’

In a different clip he can be heard saying: ‘If I could suck my own d**k I’ll never leave the house,’ which in a different moment he can be seen leading on a pole and dropping the can of beer he was holding.

According to the user who posted this, who goes by Haley, Harwell was in ‘complete dissociation’, swaying back and forth, while the band was playing their hit song.

In the last clip shared, he said: ‘Quiet now, I’m the singer.’

The singer has since confirmed that he is retiring, saying in a statement: ‘Ever since I was a kid, I dreamed of being a Rockstar performing in front of sold-out arenas and have been so fortunate to live out that dream.

‘To my bandmates, it’s been an honour performing with you all these years and I can’t think of anyone else I would have rather gone on this wild journey with.’

‘To our loyal and amazing fans, thank you, all of this was possible because of you. I’ve tried so hard to power through my physical and mental health issues, and to play in front of you one last time, but I just wasn’t able to.’

Harwell was reportedly diagnosed with cardiomyopathy eight years ago which has led to heart failure and Wernicke’s encephalopathy, a brain condition that impacts motor functions, speech and memory.

He said he was incredibly grateful to everyone who contributed to Smash Mouth’s success and thanked ‘those who have kept “All Star” relevant as one of the top memes on the internet today.’

He concluded: ‘I cannot wait to see what Smash Mouth accomplishes next and am looking forward to counting myself as one of the band’s newest fans.’

Addressing his performance, a source also told Metro.co.uk: ‘Steve has suffered profusely over the years with several types of addiction leading to medical and mental health issues

‘A video was taken by a concert attendee of Steve’s incredibly sad set in New York in which he forgot where he was, his own lyrics and had limited understanding of his environment due to one of his episodes. This unfortunate recording has now been taken out of context and his ailments used against him to paint him as someone who he isnt.’