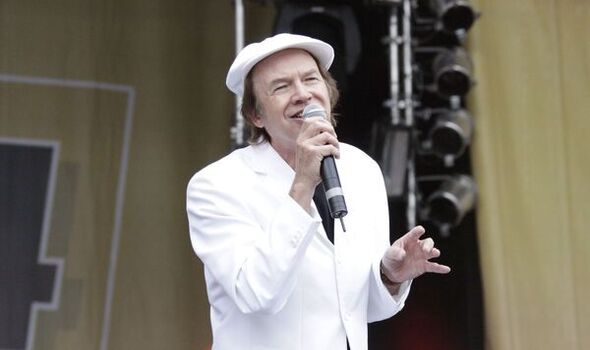 The Rubettes shot to fame in 1974 after the release of their debut single which sold 10 million copies.

They continued to perform for decades afterwards, but last month they clashed at London’s High Court with frontman Alan Williams accusing three bandmates of going behind his back to launch a breakaway act.

It had caused Williams to have trouble getting gigs for himself as promoters were confused over which Rubettes they were booking, he said.

Now a judge has handed the rights in the name to Mr Williams, finding that guitarists Mick Clarke and Steve Etherington, and drummer John Richardson, had “caused confusion and damage” by using the name.

During the trial, Mr Williams’s barrister, Michael Smith, claimed Mr Clarke was “sacked” in October 2018 “following a dispute about fees.”

Soon after, Mr Clarke applied to register the UK trademark for “the Rubettes” and started his own band with Richardson and Etherington.

He also deployed the band’s distinctive red and black logo, which Mr Williams and his company, Alan Williams Entertainments Ltd, claimed he had no right to use.

Mr Clarke told the court he and Mr Richardson only began discussing the option to break away when Mr Williams revealed, in a TV show, he was planning to relocate to Australia.

Judge Pat Treacy found against the three and said the “goodwill” in the name was held by Mr Williams and his company, having traded using the name for years.

“It is not correct to say that simply because original members of a band seek to perform together they have a right to use the name of the band.

“I conclude that the use by the defendants of the word ‘Rubettes’ to signify the services that they supply is a misrepresentation.”

She said Mr Clarke’s application to trademark the band name was made in “bad faith” and thus “invalid.”

She will rule on what damages the trio should pay at a later date.