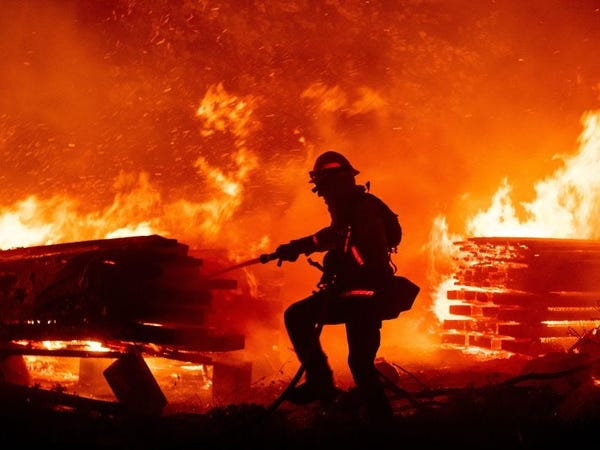 Earlier this week, a gender reveal party gone explosively awry sparked a California fire that, per ABC7, has currently burned at least 12,610 acres as of Thursday morning.

The California Department of Forestry and Fire Protection said in a statement last Sunday that on Saturday morning, a "smoke generating pyrotechnic device, used during a gender reveal party" had started a fire in the El Dorado Ranch Park in Yucaipa.

This isn't the first time that a gender reveal party has sparked catastrophe — in 2018, an explosion from a gender reveal party in Arizona started a 47,000-acre wildfire. In 2019, an Iowa grandmother was killed after a contraption used at the event that was intended to disperse colored powder exploded. The woman credited with popularizing the gender reveal party trend has openly condemned the practice in light of the destruction it's caused and her changed views on gender norms.

In light of the recent destruction, people on Twitter have been creating memes that mock gender reveal parties in various ways, contextualizing them within known historical events like the Hindenburg disaster or crafting absurd scenarios.

Many other memes make references to fictional catastrophes, drawn from shows like "Game of Thrones" or video games like "Final Fantasy 14."

While many of the memes are irreverent, their popularity is a testament to the fact that many are fed up with gender reveal parties. As Insider's Canela López writes, the most recent gender reveal party that sparked the El Dorado Fire in California  "needs to be the tradition's death knell."