A new Normani season is upon us.

Two years after her debut solo single, “Motivation,” the pop star is back with a new song (“Wild Side” featuring rap megastar Cardi B), a new musical era (she has a full-length studio project coming later this year), and a new sense of agency. If the singer’s latest musical offering is any hint of what’s to come, one thing is clear: Normani is ready to establish herself as a bona fide force within the music industry. But her fans—and the world—knew that already.

The star, who is also the new face of the limited-edition Don Julio Primavera tequila, is taking the time to reap the fruits of her creative labor and is grateful to her community of fans for sticking by her as she perfected the music for this new phase of her career.

“The Primavera release really aligned with the moment that I’m having right now in my career and in my life. The brand is all about celebration and this era that I’m in right now. I’m about to release what I feel is the best work I’ve ever created,” Normani tells BAZAAR.com over the phone on the night of her “Wild Side” release. “I’m really, really excited for my fans, because I know that I’m not the easiest [artist to] support. I am terrible at social media. I know they’ve been waiting for such a long time, but they’ve been so diligent. I know that it’s been a drought, trust me. So I’m really, really excited to just feed them and quench their thirst.” 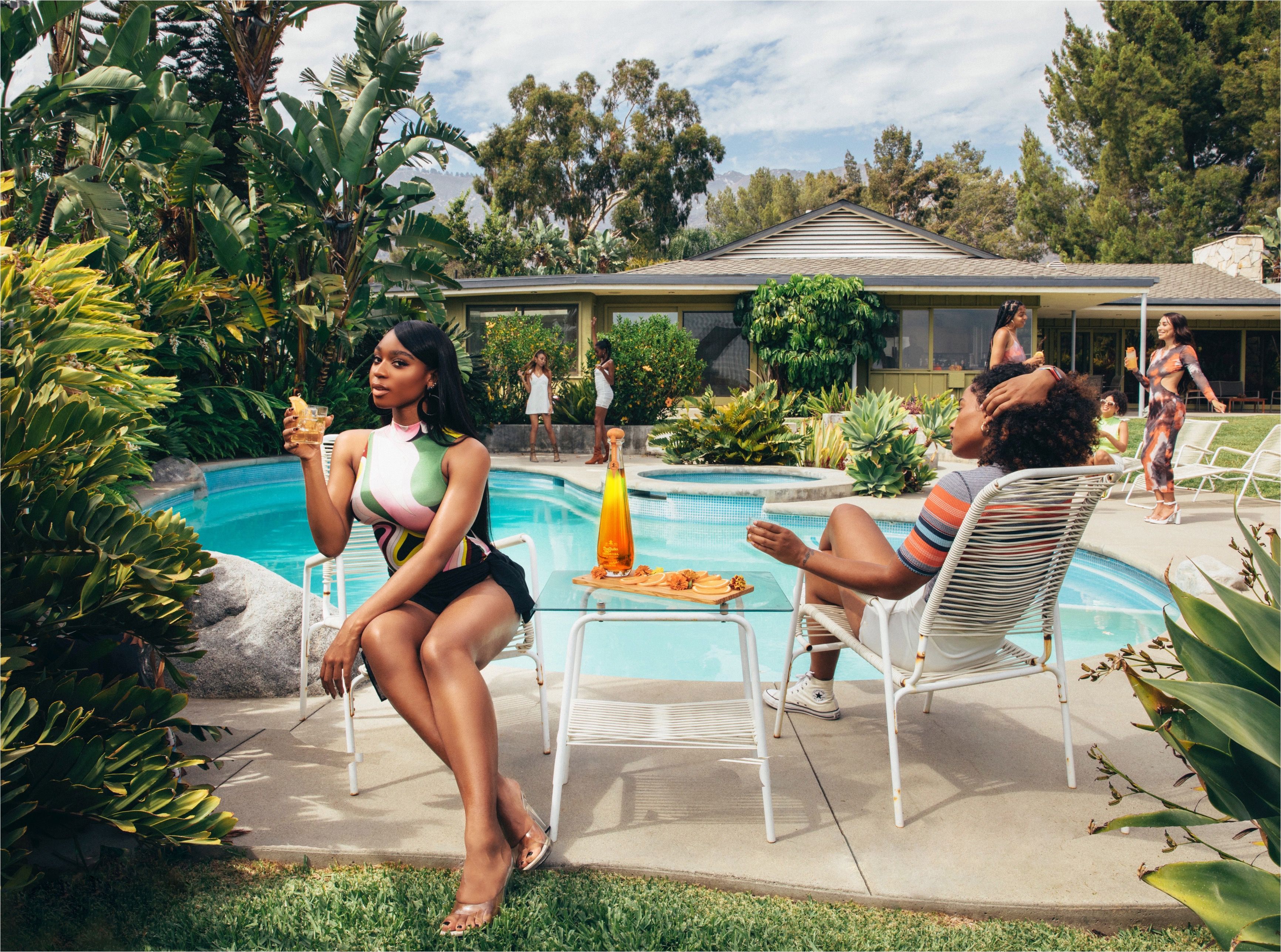 For Normani, her return to the public eye is about more than just the music, though; it’s about finding her voice as an artist, a performer, and a woman. While “Motivation” was a bubblegum-pop track that echoed her career beginnings as a member of the popular girl group Fifth Harmony, “Wild Side” showcases a more complex, sensual, and aware Normani. Getting to this point, the singer says, meant getting out of her own head when it came to public expectations of what her music should sound like.

“The new music is a lot darker and edgier sonically,” Normani explains. “I think that’s just because I grew up listening to a lot of ’90s R&B—and I love pop as well—but I think for me, a main goal is really not to be limited [musically] and really wanting to be genre-less. A lot of the music that I’ve released even before my solo endeavors, I wasn’t completely fulfilled. And I always say that this is a rebirth and a chance for me to have a second go-around and do things my way. My main goal is also just to show people that I’m grown now.”

Part of embracing a more mature and sexier sound included bringing Cardi B along for the ride. Normani only praises the rapper when asked about her experience collaborating on their new hit.

“[Her support] means everything, because she’s been so consistent—since the beginning, to be completely honest. She’s such a genuine spirit, and not only do I respect her as an artist and everything that she’s had to go through [to get where she is now],” Normani says. “Sometimes people forget that we’re human beings and that we’ve endured a lot. I respect that she knows who she is and she really genuinely believes in me. I was on the phone with her yesterday and the night before, and she was just like, ‘You got to be excited! Why are you scared?’ Just encouraging me and telling me that I’m that bitch and reminding me of that, because sometimes I tend to forget. Imagine having her as your hype woman!” 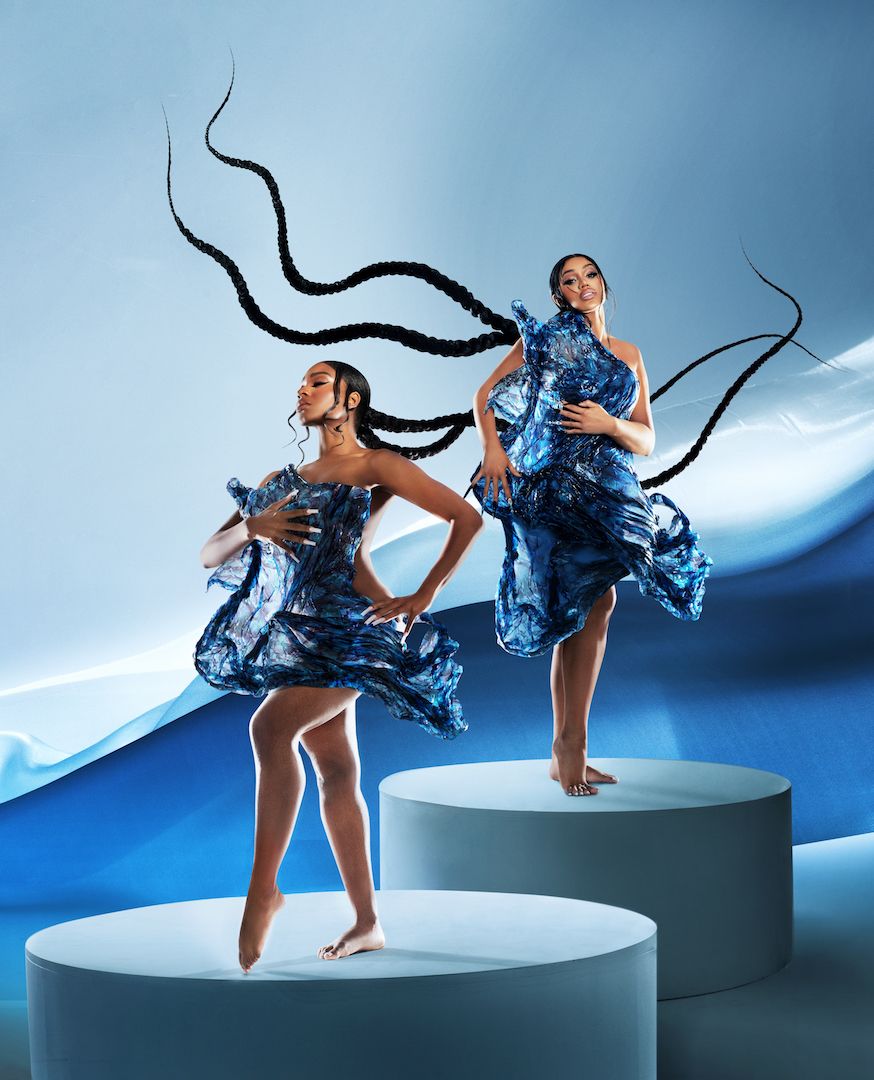 While it’s an understatement to describe Normani’s return to the music scene as a moment years in the making, the singer finds the buzz surrounding her return, in a way, weirdly calm.

“I feel like this is the moment that I’m going to finally be able to breathe in and exhale—that’s the only way that I can really describe it,” Normani admits. ” I feel like I’ve been holding my breath for so long, because I’ve had this record for a long time now. Obviously, I haven’t released music in the last two years, and with that comes a little bit of pressure and also me feeling like everybody has an expectation on top of the expectations that I have for myself.

“But I’m proud of this work,” the singer continues. “I think for me more than anything, it’s bigger than the music. I think I’m finally getting out of my own way and the world is going to be able to see what Normani represents and who she truly is musically and the growth that I’ve had in the last two years. It’s really a level up.”