In 1991 Michael Jackson released his tenth album, Dangerous. The record was filled with incredible hits including Black or White and Will You Be There. The seventh single from the album, Give In To Me, was accompanied by a powerful music video that showcased Jackson performing alongside Guns N’ Roses on stage to a live audience. Speaking about the video GNR musician Gilby Clarke explained how the team-up came about.

Before that, however, he revealed how stunned Jackson was by the crowd of people shouting at the band.

Clarke told Scars and Guitars Podcast: “What I remember is we’re standing on stage. It was Muzz from Living Colour and Tony Thompson on drums. And we actually had our amps plugged up and we were jamming a little bit and stuff.

“We actually weren’t even playing [Give In To Me]; we were just jamming a little bit. And there was an audience – a real live audience. And Michael walks on stage, and the place just went. You hear that Beatles scream, that [shriek] that’s just so deafening.”

Although at this point Jackson had been in the music industry for decades, Clarke revealed the King of Pop was a little confused by the response he received. 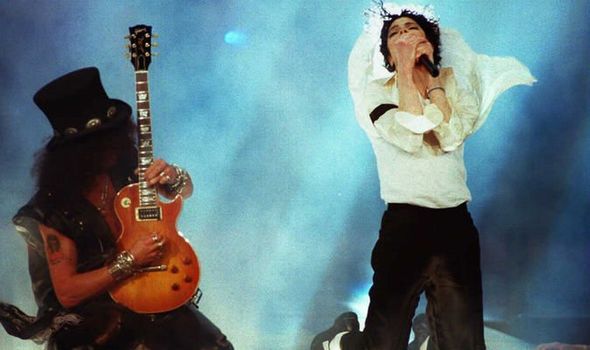 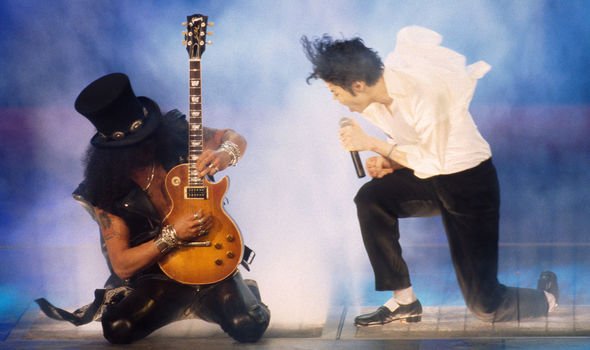 Clarke continued: “Michael came up to me, and he goes: ‘What are they screaming at?’ In this almost childish voice.

“And I was looking at him like this: ‘Eh, ’cause you’re Michael Jackson?’ I couldn’t believe he didn’t get it.

“But he looked like he didn’t know why these people were screaming at him. But it was a really fun experience. I’m so happy that Slash asked us to be a part of it.”

Perhaps Jackson was so shocked because it was not the usual audience he was standing in front of, but either way, the excitement is palpable in the music video, which you can watch below. 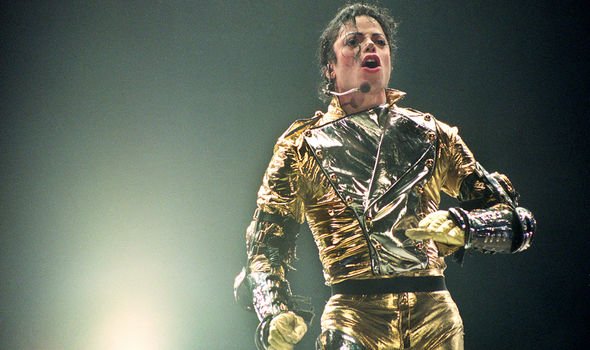 Clarke later spoke out about how he got involved in the first place.

He explained he was already on tour with Guns N’ Roses member Slash and the band’s tour keyboard player Teddy ‘Zig Zag’ Andreadis.

He recalled: “We were on tour with Guns in Europe and Michael was in Europe, and he said: ‘We’re gonna do the video for [the song].’

“So he called Slash, and he goes: ‘Put a band together.’ And there was a moment when we actually were gonna do a mini-concert when we did that, so it was in front of a live audience.”

Clarke then revealed Jackson sent transport for the band, adding: “He asked myself and Teddy … Michael sent a private jet, and we went to Germany and we did it.”

At this point, Jackson was not new to working with renowned rock stars in the industry.

A decade earlier Jackson employed Eddie Van Halen, from the band Van Halen, to lay down a guitar solo on his 1982 track Beat It.

When Van Halen got the phone call asking him to work on the track he “thought it was a prank call”.

Despite his initial reservations, Van Halen did the song for free.

He later said: “I did it as a favour. I was a complete fool, according to the rest of the band, our manager and everyone else.

“I was not used. I knew what I was doing—I don’t do something unless I want to do it.”