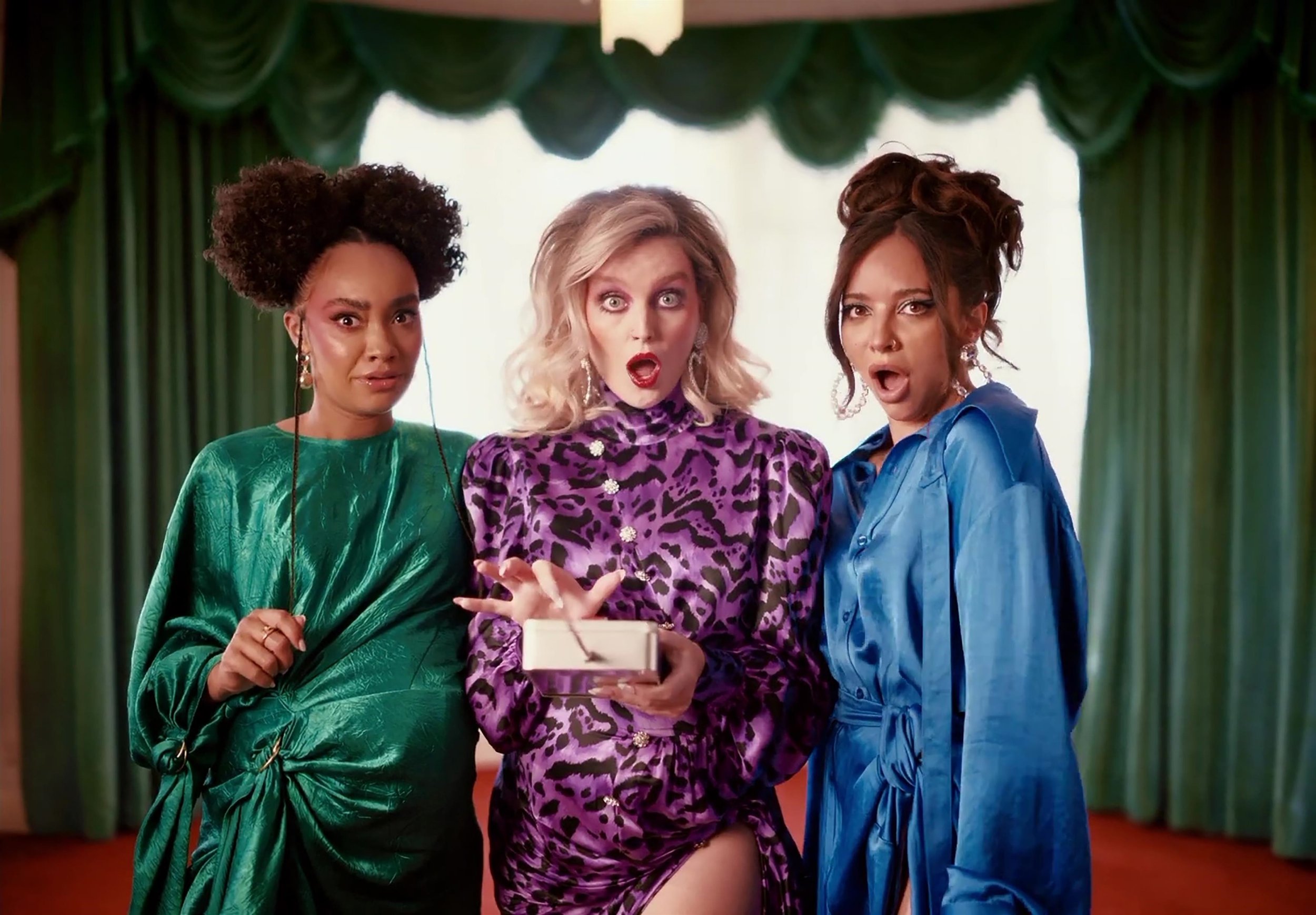 Little Mix are battling Taylor Swift for the number one album this week, but when it comes to spelling and grammar, Tay Tay may have won this round.

A poster for the band’s greatest hits album Between Us has been getting attention on social media, after fans noticed a rather prominent spelling error.

The huge poster promoting the record has been up in London Underground stations for around a fortnight, preceding Between Us’s release on November 12.

While Jade Thirlwall, Leigh-Anne Pinnock and Perrie Edwards looked stunning on the poster in purple draped gowns, it was the copy on the poster that wasn’t up to scratch.

The poster read: ‘Includes all the hits, brand new tracks and the new single ‘No’. Out Novemebr 12th.’

‘We were just cracking on as it were, and I think we were in a bit of shock for a long time because we just had to keep going.

’It wasn’t until we had some time off at Christmas that it suddenly dawned on us what had happened.

‘It was hard. It would have been for anyone and we’ve got each other, we have group therapy, we have our own therapists, and you do what you can.’

Between Us is out now.