When the Covid-19 pandemic hit, Laura Jane Grace had a panic attack, quit smoking weed, and decided to put out a record. Thursday, she dropped Stay Alive with little warning or preamble —  a raw, unedited missive from lockdown.

Grace found herself mostly isolated during lockdown; her sole human contact at times came through Zoom calls with band members and music business folks who wanted her to pivot to livestreaming. Wrung out from isolation and staring down the ominous barrel of 40, Grace blocked everyone on her phone and turned to a collection of unrecorded songs she’d amassed over the years. Those tracks in hand, the Against Me! leader called Steve Albini’s Electrical Audio and signed up for a four-day session.

Grace worked feverishly with Albini on the record; mostly masked, the two never saw each other’s faces. The producer’s reluctance to try too many takes suited Grace fine since she didn’t want anything to sound too over-cooked. The result is a fast-paced 14-song record with the fist-pumping old-school bravado of Against Me! (“So Long, Farewell, Auf Wiedersehen, Fuck Off”) mixed with almost painfully beautiful imagery (“The Swimming Pool Song,” in which Grace describes herself as a haunted pool).

Grace attempts to tie the whole project together by comparing it to The Wizard of Oz (there’s a song called “Return to Oz”) but quickly abandons that pretense. “It doesn’t matter what the songs are about, you know? Like it doesn’t fucking matter,” she says. “It’s just about the act of staying alive. I know I’m alive if I’m playing songs. If I’m recording the songs. If I’m making a record. I don’t want the music industry to die. I don’t want to see bands disappearing. And the only way I know how to fight against that is to play music. Is to record music. Is to keep trying.” 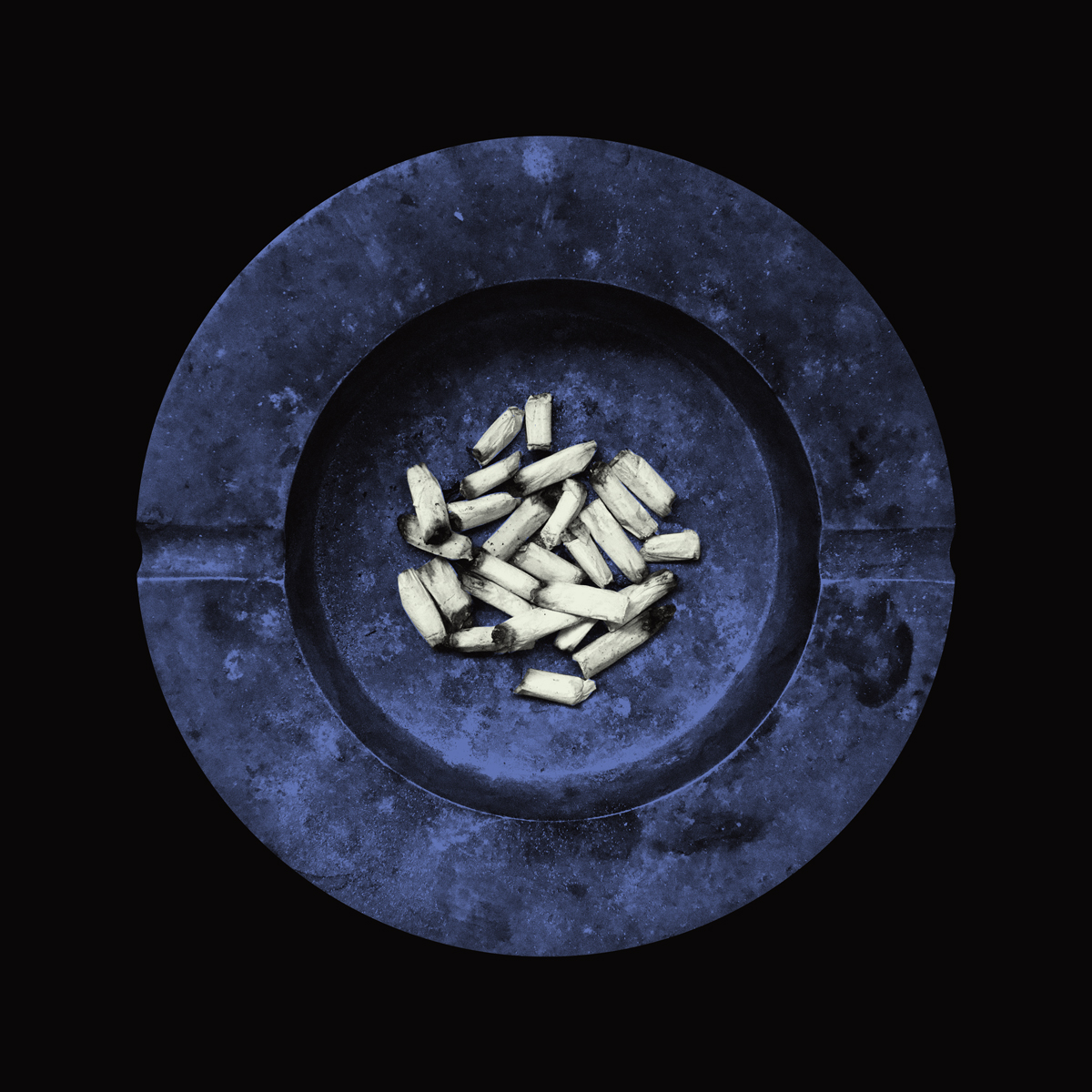 Grace spoke with Rolling Stone from her Chicago apartment — over the phone, not Zoom — about her new album, quitting weed and ghosts.

Why did you decide to put this record out now?
As soon as the pandemic started and everyone was home and locked down, there was that immediate switch to Zoom and this immediate pressure to do livestreams, regardless of if they were good quality. I had an immediate aversion that.

There’s been this great reset and it’s like, “What can we do to change?” You could be out there on the streets and that’s a really good and important thing. I agree with all the protesters out there in the streets, but some people can’t be out in the street for whatever reason, but you still want to feel effective and feel like you’re making change. So what can you do? I think you’ve got to look at yourself and what you’re doing in your daily life and how to make changes there accordingly. And if all you’re doing is kidding yourself and being full of shit and not being true to your art — if art is what you make — or making a bunch of bullshit, like livestream stuff, I don’t know … It didn’t seem right. Especially to jump into all that without genuinely wanting to do it. I just had a panic attack and I felt like I really needed to like re-center.

It’s not reactionary to think that I could die. I could fucking totally die right now. There is a fucking plague happening. So the idea of like, “Oh, well, you know, you’ve spent two years working on these songs, but now you should wait and see how this plays out” — because there’s the traditional way of putting out records — [didn’t appeal to me]. What if you fucking die in the interim? And we’re just waiting to live because of industry standards of how to do stuff, and then you look around and industry’s on fire and it’s burning to the ground. Fuck it; fuck any rule about anything.

Why did you quit weed? Also, what inspired you to put an ashtray full of joints on the album cover?
Sometimes I feel like I talk about drugs or alcohol in a way that paints me as too much of an addict. Then other times I feel like, “Maybe you’re just kidding yourself; you should just accept you’re an alcoholic.” I’ve been dry for two years now and then I quit smoking weed on April 20th. I got to the place where I was like, “OK, this is turning into something unhealthy. I’m not just smoking a joint after the show. I’m just sitting here in a panic and I’m just fucking smoking because I don’t know what else to do.” And also like, “I’m pretty much out of work because the touring industry has collapsed. So, you’re just burning money and it’s terrifying because Covid is a disease that affects the respiratory system. So, what the fuck am I doing to my lungs right now?” It seemed like the responsible thing to do.

I took that photo so it would give it more meaning than, “Hey, look I smoked another eighth of weed.” Those were all the roaches I smoked before I quit. Then later on when it went to the conversation of, “OK, well, you know, I need to come up with the cover,” I still had the photos; they were kind of nagging at me. It’s like, “OK, well I may have paid like 150 bucks for that weed and smoked it all, but now that’s become an album cover and that album cover will be on the vinyl and cassettes, too.

Did you write any of these songs in quarantine? It seems like you refer to it throughout, like with “Shelter in Place.”
I actually wrote “Shelter in Place” in December and January of 2018, 2019. I had some medical stuff and went through some surgery stuff at the end of 2018, 2019, and was just basically quarantined, anyway, because of that for like four or five months by myself. So I wrote that song then came up with the title after that phrase became popular. I heard that phrase and I was like that, “That’s it.” You’re just fucking hiding out, you know?

So, they’re not all new songs? “The Calendar Song” also seemed to me to be a pandemic track.
I wrote that song like a year ago when I was touring with the Devouring Mothers in the U.K. I spent so much time thinking back to that trip just because it was so very magical. I was going on all these amazing morning runs and waking up and exploring a different city. I spent so much time thinking about how I really wish I could go back in time and place — or just how thankful I am that I was cognizant enough to appreciate it and to make the most out of it.

It’s amazing how prescient this music is. Like “The Hanging Tree,” which deals with Trump supporters’ xenophobia, burning crosses and lynching.
I wrote that song in 2017 and I had just been kind of sitting on it. It’s probably the most overtly political song that I’ve written in a while in a long time. I hate talking about Donald Trump, but it touches on him a couple of times in the song — examining where he gets his power from. The ultimate conclusion is that he doesn’t have any kind of soul, and if you don’t have any kind of soul, then you don’t have any soul to lose. That’s where I think his power comes from. He’s the fucking antichrist. 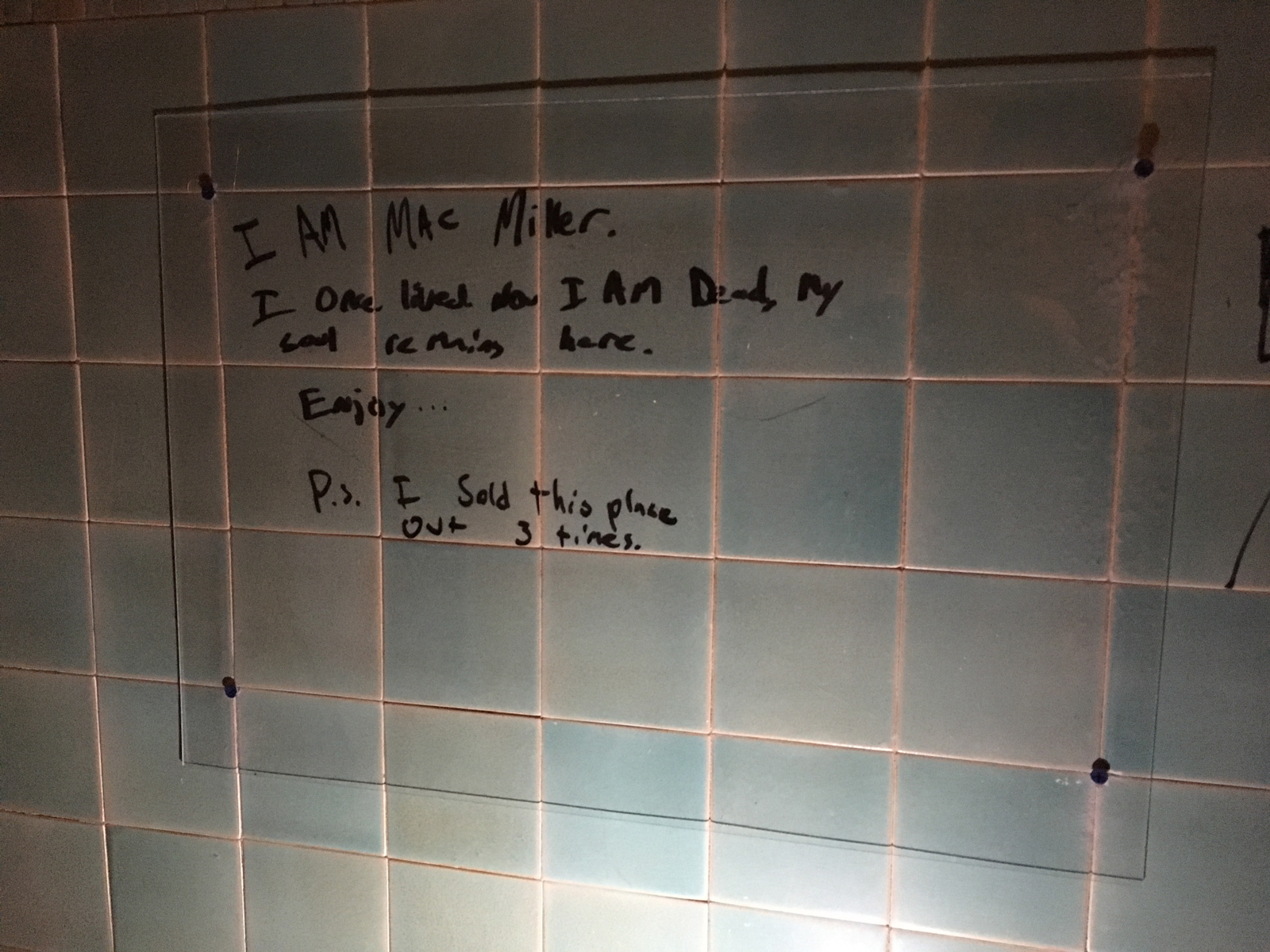 Tell me about the opening track “The Swimming Pool Song.” That title is so evocative. Is there a real pool or is it just a metaphor?
There’s this venue in Milwaukee called the Rave and it’s a Masonic lodge. And, yes, in the basement of it there’s haunted, empty swimming pool. It’s the spookiest fucking place ever. In a small section of the pool, they have a piece of Plexiglass over a place where Mac Miller signed the wall;  I think it was maybe the second last or one of the last places that he played. It says: “I once lived and now I am dead. My soul remains here. Enjoy. P.S. I sold this place out three times.” The whole thing struck me. And [I was there] the same week that Notre Dame burned down. I was just thinking about those things and thinking how things are ever-changing. So, like, right now it might seem like the world’s ending and all this has come down, but it’s just … not over yet. There’s still more to it. And you just have to hold onto that hope.

What did you learn from working with Steve Albini? This was the first time you worked with him, right?
Right. I’ve been really trying to slim down and slim down year after year after coming out of the major-label experience of making records. This was 14 songs recorded in two days and then mixed in two days. It was just performances.

It was just me and Steve in the studio; it was really strange and surreal. I never saw his face because we were wearing masks. We recorded all analog, no computers involved. And I could kind of tell that if I did more than two takes, he got annoyed, lost interest. I really started to see the truth in that — it doesn’t fucking matter. Show up practiced and then sing it and it doesn’t have to be any more than representative of exactly that — the way you think and the way you play the song. Try to make it more of a document than a production.

I feel like fans will really like this record and that people who like the idea of me but actually don’t have any interest in the music I make won’t give a shit. And that’s totally fine, you know? That’s not what it’s about. If you’re trying to please people … I don’t have the patience or the tolerance right now; I don’t think anyone does. It’s enough to just survive, you know? That’s what’s important right now.