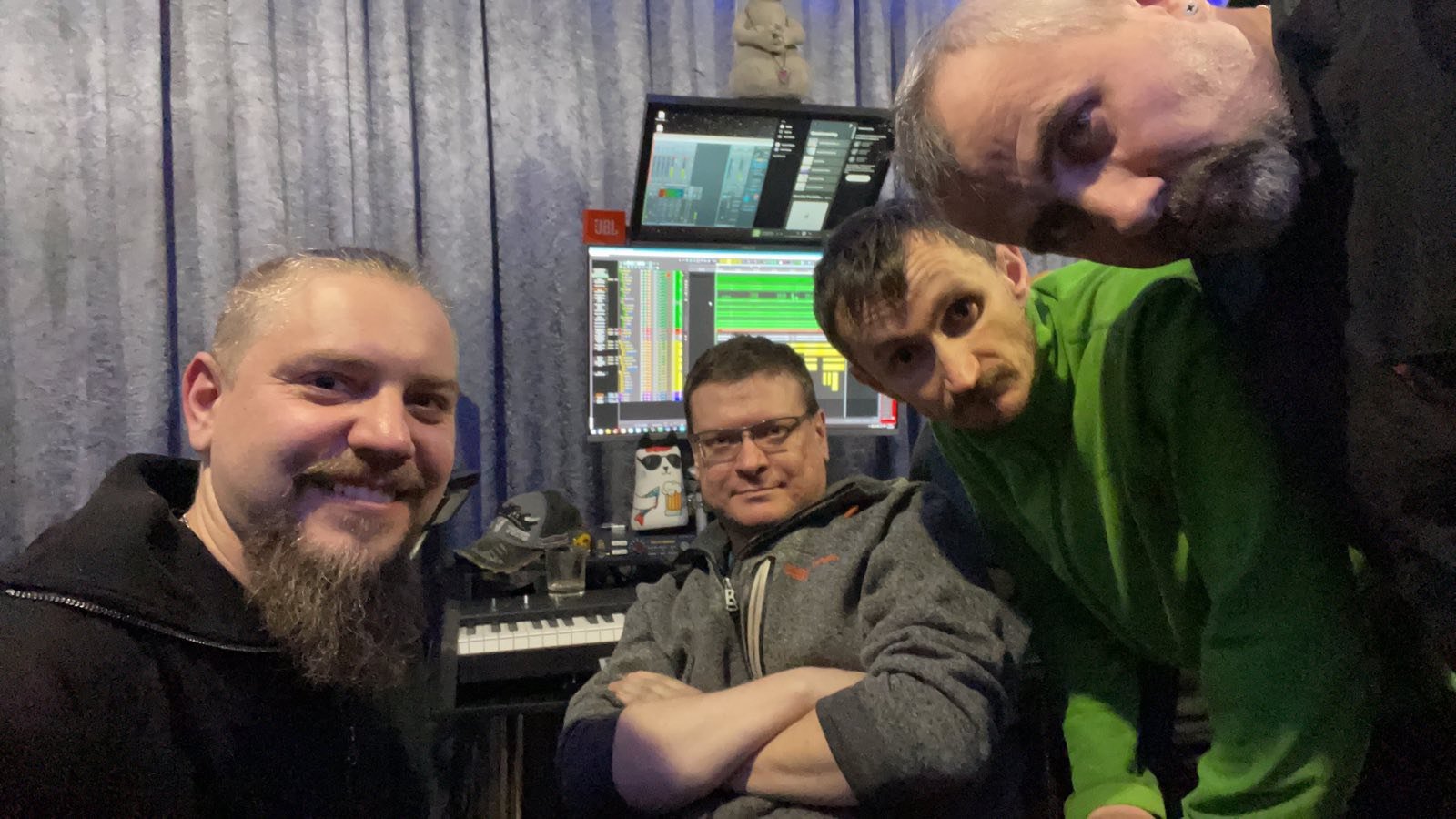 Ukrainian punk band Beton have put their own twist on The Clash’s hit single London Calling as an ‘anthem’ of ‘solidarity and hope’ as Russia’s invasion intensifies.

As more than two million refugees have fled the war-torn country following Vladimir Putin launching a full-scale invasion on February 24, celebrities and the public are seeking ways to help in any way possible, from sending donations to offering people a place to stay.

Band members, Bohdan Hrynko, Oleg Hula and Andriy Zholob recorded the new version of the song made famous by the English rock band, titled Kyiv Calling, in the city of Lviv.

One lyric blast the Russian President reciting: ‘Phony Putinmania has bitten the dust.’

The music video features footage from friends and family of the band and clips of Russian attacks taking place across Ukraine’s capital Kyiv to Kharkiv.

Speaking about their decision to cover the classic, Andriy said: ‘We hope this song shows Ukrainians’ spirit and our defiance to Russian aggression.’

‘The Clash were one of our inspirations when we fell in love with punk rock and music in general, there is no snobbery or pretentiousness to the music, they had something to say and voiced their opinions against human anger,’ he added.

The original track was covered by Joe Strummer – The Clash’s frontman – before his death in 2002.

Following the tragic events, many musicians have used their platform to raise awareness and help the crisis in Ukraine.

‘I Would Like to Sponsor Ukrainian Families in My Home. They Would Be Safe & Cared For,’ she tweeted.

‘MANY PEOPLE IN MY POSITION NEED TO STEP UP TO THE PLATE.IF I WAS ALONE OR WITH MY CHILDREN,& WE WERE TRAUMATIZED,I WOULD HOPE SOMEONE LIKE ME TO TAKE CARE OF US (sic).’

More than 120,000 people have also offered to take in Ukrainian refugees as part of the Government’s sponsorship scheme.

The ‘Homes for Ukraine’ website where people can register their interest went live at 4pm on Monday and Prime Minister Boris Johnson praised everyone involved in reaching the ‘fantastic’ milestone.