Ever since Britney Spears made shocking claims about her conservatorship during a June 23 virtual court appearance, fans have been wanting to learn more about the circumstances the star has been experiencing since she was put under the legal care of a guardian back in 2008.

Britney made some shocking allegations while speaking to the court, including claiming she felt her father, Jamie Spears, and anyone else involved in the conservatorship should be “in jail.” She continued (per BBC), “I’ve lied and told the whole world I’m okay and I’m happy. I thought [that] if I said that enough maybe I might become happy, because I’ve been in denial. I’ve been in shock. I am traumatized… But now I’m telling you the truth, okay? I’m not happy. I can’t sleep. I’m so angry, it’s insane and I’m depressed. I cry every day.”

Much has been reported and speculated about the legal case and the effect it’s had on Britney’s relationship with her family, including her two children, Sean and Jayden. Spears shares her two children with her former husband, Kevin Federline, whose name has also been thrust into the spotlight amid the ongoing legal battle. Britney and Federline were famously married for three years between 2004 and 2007 and even starred in their own reality show together, “Britney and Kevin: Chaotic,” in 2005.

But just how involved is Federline when it comes to Britney’s life and her ongoing legal drama today? Read on to find out.

Kevin Federline wants Britney Spears to be 'healthy and happy' 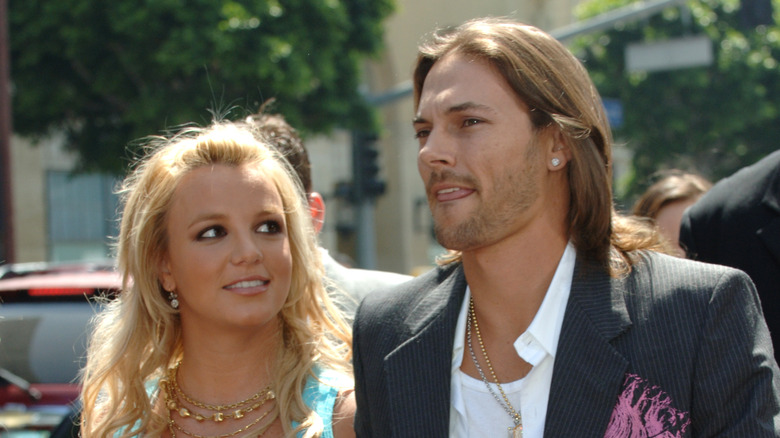 Per Kevin Federline’s lawyer, Mark Vincent Kaplan, he has no involvement whatsoever with Britney Spears’ conservatorship. Kaplan told Page Six that Federline “was not involved in the conservatorship, and he was not an agent of the conservator or anybody on that side of the probate case.”

He went on to add Federline’s goal has always been to “make it more likely, as soon as reasonable, that he and Britney could have a successful co-parenting relationship.” Kaplan continued that the “things he did, he did because he thought he had to do that for the sake of the health and well-being of the kids. [Federline] has never threatened anything in that regard.” Federline’s lawyer also denied he’d “used his children as pawns for anything” and noted the former dancer “always [put] the kids first.”

It was reported in March 2020 that Britney would get less time with Sean and Jayden — who’ve had their own drama with Jamie Spears — under a new custody agreement, lessening the 50/50 custody she and Federline shared to give Spears 30 percent visitation (via E! News).

As for when, or if, that could change, Kaplan told Page Six it would take more than just the end of her conservatorship, but noted Spears’ boys do “see their mom.” He added that Britney and her former husband haven’t interacted much in recent years, but noted Federline and their kids “wish for [Britney] to be happy and healthy.”