On their new single, Faces, Australian alternative-rock band Holy Holy have the infectious urgency of a band reinventing itself. The sculpted guitar architecture of their previous studio albums has been updated with bursting rhythms, insinuative vocal loops and jagged bass, while Tim Carroll’s lead vocal, with its lyrical reflection on shifting identities, emerges from the mix like a desperate realisation. Who to credit for all this? Start with Beyonce.

In June last year, Holy Holy were asked to cover a song live in the studio for Triple J’s popular Like a Version segment. Having previously tackled Joy Division’s Love Will Tear Us Apart, Carroll and bandmate Oscar Dawson set their sights on Beyonce’s Hold Up. Their initial online attempts at an arrangement did not work, so Dawson flew to Tasmania, where Carroll lives off the grid in the state’s north-east. 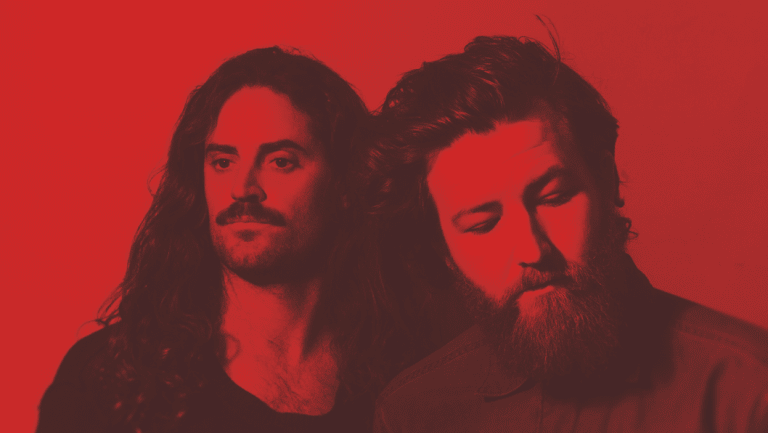 With a generator powering an amplifier in a former cricket pavilion, the pair cracked the cover in a morning (the finished result is on YouTube). But in the afternoon, buoyed by the experience, ideas for their own music that hinted at a new perspective started to emerge. Faces emerged from that impromptu writing session, setting new parameters for the forthcoming third Holy Holy album.

“One fundamental difference is writing with the drumbeat first, rather than writing a song on guitar and plastering a drumbeat on top of it,” Carroll says, which empowers their long-time drummer, Ryan Strathie. “The songs have this momentum from the beginning, because we’re starting from a rhythmic place.”

Carroll is speaking from a suburban Launceston street, outside a home studio in a local musician’s parents’ house that the pair are spending two days recording in. The follow-up to last year’s Paint, which reached number seven on the Australian album charts, is being recorded in hotel rooms, makeshift studios, and anywhere else Dawson’s laptop can be plugged in with a microphone.

“We’re moving away from letting the guitar drive the band forward, and by doing that we have to work harder on the melody and the progressions. Miraculously, Oscar and I are on the same page with what we want,” Carroll says. “It’s a non-traditional approach: lots of vocal loops, drum loops, and layers of sounds, writing songs and then cutting them up and putting them back together in different ways to see which combination is the most compelling.”

Part of the band’s evolution is Carroll and Dawson, who has a parallel career as a producer, are now producing their own material. Instead of hoarding creative access, they’ve thrown it open. Faces features vocal parts from Dawson’s wife, noted singer-songwriter Ali Barter, and young Melbourne electronic musician Gab Strum, a.k.a. Japanese Wallpaper.

“Collaboration is a guiding principle. When I was a young songwriter I used to think that there was some inherent goodness in doing everything yourself, and that if you didn’t do that you were less worthy,” Carroll says. “It took a long time for it to dawn on me that that was the opposite of the truth and that there’s greatness to be found in collaboration. We’ve got room for everyone’s ideas now.”