First released in 1984, Last Christmas spent five consecutive weeks at No 2 in the UK Singles Chart, behind held off to the top by Band Aid’s Do They Know It’s Christmas. But now, 36 years later, George Michael’s Wham! song has finally made it to UK No 1. The news comes four years after the singer’s tragic Christmas Day death and sets a new record for the longest time taken for a single to reach the top spot.

Wham’s Last Christmas has overtaken Tony Christie’s (Is This The Way To) Amarillo, which the Official Charts says took 33 years and four months to reach UK No 1 in March 2005.

The 57-year-old tweeted: “I am delighted, somewhat amazed & profoundly pleased that WHAM!’s iconic Christmas classic Last Christmas has finally achieved the accolade of becoming a No 1.

“It’s a fitting tribute 2 George’s songwriting genius and 1 of which he would’ve been immensely proud & utterly thrilled.” 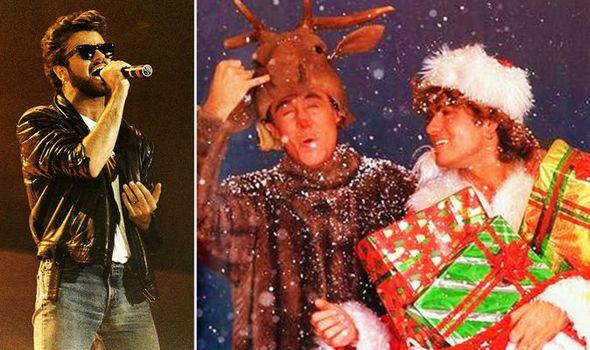 We will use your email address only for sending you newsletters. Please see our Privacy Notice for details of your data protection rights. LadBaby lands THIRD Christmas No 1 but worries about X Factor boycott

Ridgeley added: “Thank u everyone 4 your heartwarming expressions of congratulations & happiness @ #LastChristmas making No 1.

“Your endeavours over the yrs in support of this long-held ambition r much appreciated & I’m v grateful.

“I hope this wonderful news heralds a brighter year ahead 4 us all.”

While Martin Talbot, chief executive of the Official Charts Company, also weighed in on the news.

Talbot commented: “This is a fantastic record for Last Christmas.

“Just a few weeks after Mariah Carey’s All I Want For Christmas is You reached Number 1 after a 26-year wait, for the Wham! tune to make its own impact after so long really shows how much the British public love their Christmas classics.”

In 2019, Michael and his music was paid tribute to by Emma Thompson’s rom-com Last Christmas.

The movie starred Emilia Clarke and Henry Golding, with a plot inspired by the popular festive track.

A posthumous song by Michael called This is How (We Want You to Get High) features in the film.

Recorded during the 53-year-old’s final studio sessions, the track was his first piece of original material released for seven years.

Work on the film began prior to the star’s death, with Thompson visiting the singer at his North London home in Spring 2013.

There, the actress and screenwriter shared her ideas for the story, which Michael loved and gave his blessing to.

Following his death, Thompson was given an exclusive preview of four new, finished and unreleased tracks of Michael’s in spring of 2018.

It was then that she was struck by This is How (We Want You To Get High), because of how its lyrics resonated with her Last Christmas movie’s themes.

Both the Last Christmas single and movie are out now.