Foo Fighters, Post Malone, Chance the Rapper and a reunion of the hip-hop duo Clipse highlight Pharrell Williams’ Something in the Water Festival, rolling into the producer’s native Virginia Beach, Virginia, on April 24th through 26th, 2020

Following an already sold-out “Locals Only” presale, tickets for Something in the Water 2020 go on sale to the public Saturday, December 14th at the festival’s website.

Something in the Water currently marks only the second time Clipse, the long-dormant brother act of Pusha T and No Malice, have reunited since their 2009 album Til the Casket Drops; following the release of Kanye West’s Jesus Is King, which featured Clipse on “Use This Gospel,” the duo performed the track live at West’s concert that weekend in Los Angeles. (Clipse, like Williams, are from Virginia Beach, and the Neptunes produced their first two albums.) 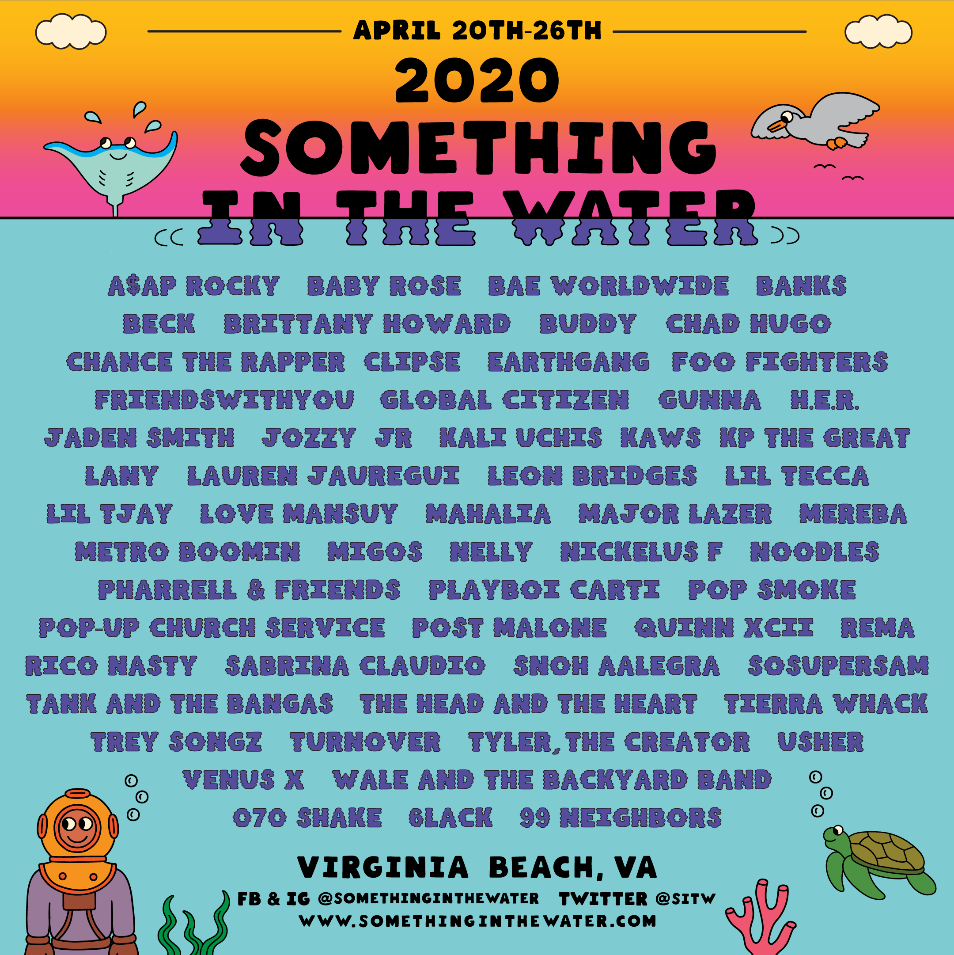