Aviary, the fifth studio album for American musician Julia Holter, is a huge work. It takes its title from a line by the poet Etel Adnan that served as inspiration: “I found myself in an aviary full of shrieking birds”. Holter saw those words as symbolising modern life, amid the cacophony of internet echo chambers, information-age saturation and chaotic thought-patterns.

Its songs – drawn from modern composition, Baroque classical, free-jazz, and psychedelia – try and capture that chaotic feeling in arrangement and orchestration, often courting cacophony themselves. 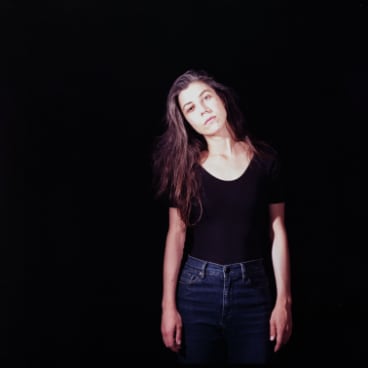 Julia Holter will be playing shows in Australia early next year.Credit:Dicky Bahto

As well as being grand in sound, Aviary is big in a far more literal fashion: it’s 90 minutes long, barely squeezing onto a double-vinyl set. The few criticisms of the album have all been to do with it being too much, in both scope and length.

“I think that if I had a choice, I wouldn’t want it to be so long,” admits Holter, 33, speaking while navigating Los Angeles traffic. “Just for practical reasons, like pressing the record, how heavy it is. It’s not ideal. But I had to do whatever [the album] needed, let it be whatever it wanted to be. I just had to follow the sound.”

Holter’s first two albums, 2011’s Tragedy and 2012’s Ekstasis, each drew from Greek myth, but on Aviary she had no such conceptual brief. “I was just trying to figure myself out,” she says. “I wanted to do that with sound and not think a lot about concepts or extra-musical ideas. I wanted to immerse myself in sound.”

Although midway through, Holter realised “‘oh, wait, all these songs are pretty long’”, it wasn’t until the end that she could finally see the scope of Aviary. “[Then] I tried editing it,” she says, “but it didn’t make sense being edited. It needed to be what it was.

“I don’t use Spotify or any of that streaming stuff,” she says. “I make an album for the way I listen. The best thing to do is not what other people want, because you could work on all the algorithms, have all the data, but never really know [that]. Musicians are supposed to be leaders. You go your own way and people might follow, or they might not.