Nathan Evans thanks fans as Wellerman reaches number one

At the start of 2021, Scottish postman Nathan Evans uploaded his cover version of the 19th century sea shanty Wellerman to TikTok. Little did the 26-year-old know that within a few weeks he would have gone viral, quit his job and signed a three-album recording contract with Polydor Records. Now as Wellerman looks set to top the UK No 1 singles chart for the third time with 220 Kid and Billen Ted, a certain rock star is interested in teaming up with him.

Speaking exclusively with Express.co.uk, Queen guitarist Brian May said he’s up for working with Nathan.

The 73-year-old rock star told us: “I think it could happen. We haven’t actually spoken, but we’ve both expressed an interest in doing something if the opportunity comes up.

“To be honest I’m always wary of pushing myself… it’s nice when things happen naturally.

“But I really like what he’s done to the world of current music. A new fresh slant – but grounded in solid history.” 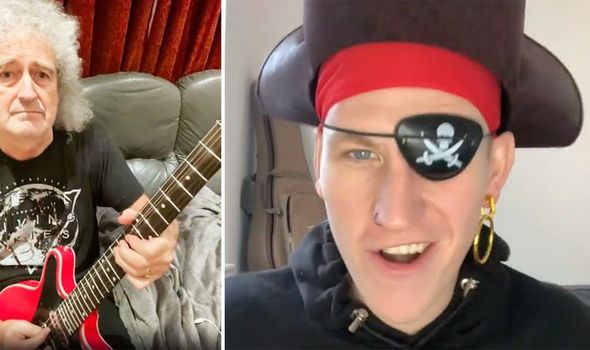 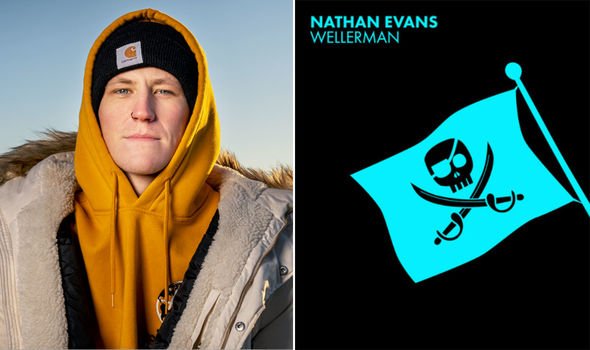 Interestingly, Brian has had indirect interactions with Nathan, having performed the Wellerman sea shanty on his Instagram account, praising Nathan and saying the track was “too good to miss.”

The Queen legend said in the video: “There’s this guy called Nathan Evans who does these fantastic sea shanty things and I got myself a little basic simple drum box, not quite right but it’ll do. So with your permission…”

After playing the song on his electric guitar, Brian added: “See the nice thing is it doesn’t matter if you make mistakes as long as you keep up. That’s really important when learning to play with your mates. You can’t kind of stop and say, ‘Ooo I’d better do that again’, you’ve got to keep going.

“You learn to play through your mistakes as I do and pretend that you meant to do that. God bless you all and take care. And especially God bless Nathan Evans!” 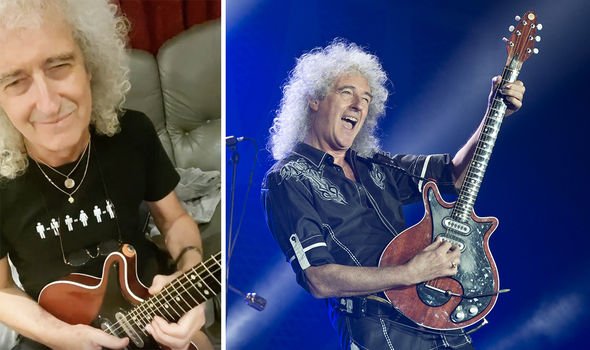 In response, Nathan posted a video on his account with the caption: “I am honestly so speechless and shocked and excited and every other emotion you can think of.”

In the footage, the Wellerman star said in response to Brian asking permission to perform the sea shanty: “Permission? You’re Brian May! You don’t need my permission.”

Brian later replied: “This great guy probably doesn’t realise (yet) how chuffed I am that he’s so chuffed. Hope I get the chance to play on his album. Hmmm … I wonder if [Queen track] ‘39 would suit him ?

“Well it IS a kind of sea-faring song – written while sailing on the Milky Way, about 118 years in the future, I guess. What d’ye think ? “Don’t you hear my call…? Bri.'”

Then, just two weeks ago, Nathan performed a version of Wellerman on Ant and Dec’s Saturday Night Takeaway.

Brian joined in via a recording of himself playing a guitar solo, which he later shared on Instagram himself.

The 73-year-old wrote: “Sea Shanty culture goes mainstream! A little bit of Ant and Dec silliness tonight to which I contributed a morsel. Makes ya smile ?

“I’d enjoy doing something serious with Nathan some time, if the planets aligned … Bri.”

Nathan replied to the video: “Thank you so much Brian May, hopefully, the planets align soon once we get of this coronavirus pandemic!, much love, Nathan!”

Surely it’s only a matter of time then for the two to team up? Perhaps the Queen legend could even play on the Wellerman star’s upcoming debut album.

Nathan even has a tour later this year and maybe he could persuade Brian to cameo at a concert?