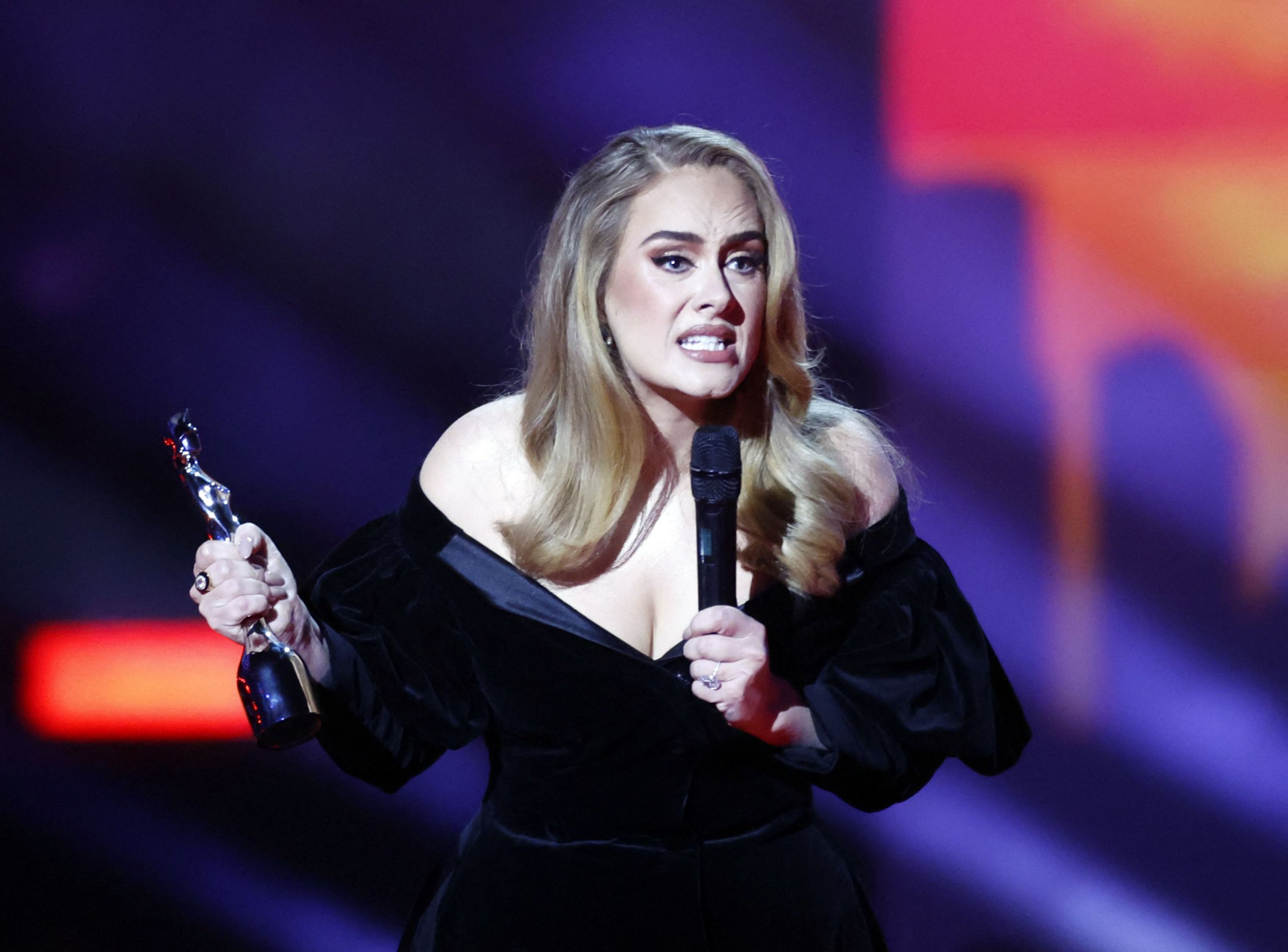 Adele has hailed female artists and shared her love of being a woman after storming a gender-neutral Brit Awards 2022.

The star returned to Blighty from Los Angeles, where she’s based these days, to collect three awards at the O2 on Tuesday night at a ceremony that decided to ditch gendered categories.

Accepting the award for artist of the year, Adele told fans that she ‘understands’ why the academy made the move, while she paid tribute to all her fellow nominees.

While accepting the gong she singled out fellow female nominee, rapper Little Simz, for praise and noted ‘I really love being a woman’.

The I Drink Wine singer told a packed arena: ‘I want to say a massive congratulations to Little Simz. I’ve got so much love for you.’

Adele then went on to pay tribute to Ed Sheeran, Sam Fender and rapper Dave, who were also nominated.

She added: ‘Dave, Ed, Sam, I am so proud to be in your company. I love being an artist, I really do, and I genuinely can’t believe it is my job.

‘And real artistry, I know I have spoken about it before, but there are so many new artists here. England, the UK, we have so many incredible new young artists coming up.

‘Never lose sight of why you are who you are. The reason people are into you is because of something you have in you. Don’t let go of that ever.

‘And also, I understand why the name of this award has changed but I really love being a woman and being a female artist. I do. I am really proud of us.’

Album of the year

Artist of the year

Song of the Year

Adele – Easy On Me

Songwriter of the year

The Brits academy faced pressure to do away with its male and female-specific awards this year and scrapped categories such as British female artist and British male artist, introducing gender-neutral gongs in their place.

In a triumphant return to the Brits stage, Adele was the first superstar to receive an award, as her hit single Easy On Me triumphed in the song of the year category before she also picked up album of the year for 30.

Mo Gilligan hosted this year’s festivities after it was confirmed he would be replacing comedian Jack Whitehall after four years, with radio presenters Maya Jama and Clara Amfo who helped co-host throughout the evening, while Ed Sheeran opened the show with his hit single Bad Habits, alongside Bring Me The Horizon for a cheeky show-opening collab.

Other winners from the night included American singer Olivia Rodrigo, who accepted her award for best international song, while Dua Lipa triumphed in the best pop and R&B, and Billie Eilish won the international artist award for a second year running.

Little Simz picked up her first Brit award for best new artist, but it was her mum who stole the show in what was described as the most ‘wholesome’ moment.