Oysterhead, the eclectic musical collective of Trey Anastasio, Les Claypool, and Stewart Copeland, will headline the 2021 Peach Music Festival. After the pandemic canceled the 2020 fest, the Peach, founded by members of the Allman Brothers Band in 2012, returns to Scranton, Pennsylvania, over Independence Day weekend.

This year’s festival dovetails with the 50th anniversary of the Allmans’ seminal live document At Fillmore East, released July 1st, 1971. The Peach will celebrate the album with a tribute set featuring various special guests.

The legacy of the Allman Brothers is well represented on the Peach lineup, with Jamoie, Warren Haynes, and Oteil Burbridge all on the bill. The Allman Betts Band — made up of Devon Allman and Duane Betts — will also perform.

Set for July 1st through 4th, the 2021 Peach is a four-day music and camping event on Montage Mountain. For tickets and travel packages, visit the festival’s website. 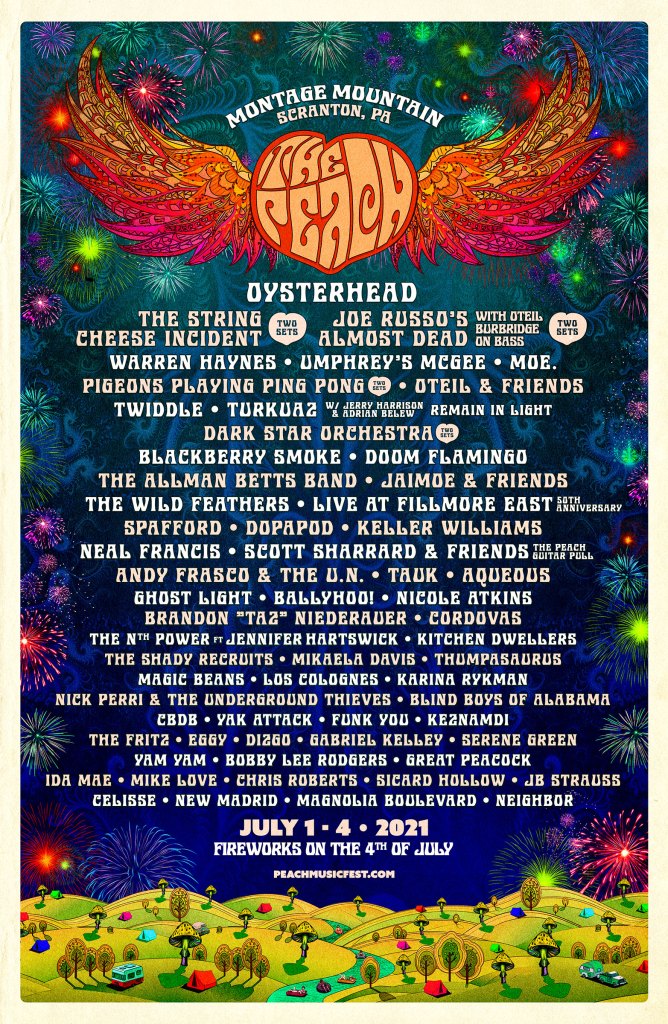