Tayshia Adams may be off helping Michelle Young find The One, but don’t worry, Bachelor Nation, she and Zac Clark are still going strong. The Bachelorette season 16 winner got real with Us Weekly about their relationship amid the production of season 18 of the ABC series.

“I can’t tell you anything ‘cause, you know, it’s not something that we spend a lot of time talking about in terms of, like, the ongoings. I don’t have that information,” the 37-year-old addiction specialist told Us about Young’s season, which Adams, 31, is cohosting with fellow Bachelorette Kaitlyn Bristowe.

“In terms of long-distance, FaceTime is a valuable tool and phone calls and just trying to be thoughtful, like, little notes and little gifts,” Clark continued. “Little things go a long way when you’re spending this much time away from someone, but we’re going to get to spend a New York City fall together, which I am really excited about. I have a feeling she’s going to like it.”

Clark and Adams got engaged on the December 2020 finale of season 16, which was filmed that summer. After he popped the question, she relocated to NYC. “I don’t think anyone’s surprised [at how well Tayshia has adjusted], like, she’s got that flavor,” he told Us.

The couple, who recently marked their one-year anniversary of meeting, haven’t made much progress on wedding plans.

“No date yet. It has been a busy year for both of us. That time we’re going to get here very, very shortly — I can’t wait. I mean, [she’s] coming here this week. We’re going to get to spend some time together and reunite. I’m sure that conversation will start to gain some traction here in the near future,” he told Us, hinting that production on Young’s season wraps soon.

When it comes to their nuptials, Clark has a feeling the twosome might disagree on at least one part of the planning process. 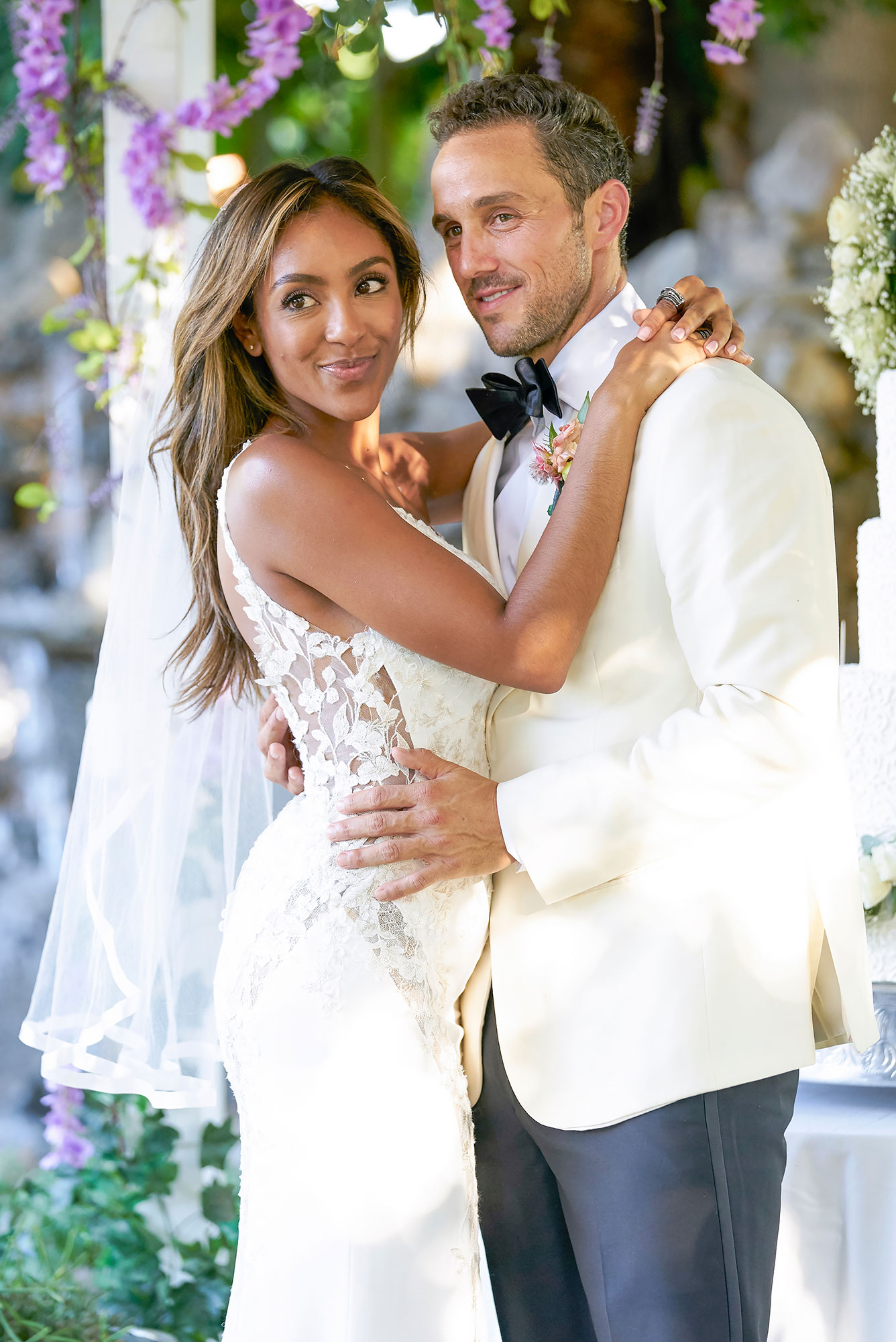 “The problem here is I’m a Pearl Jam, classic rock, cover band guy. And I think she wants to liven in it up a little bit,” he explained. “So the music will be something that is a topic of conversation. That being said it’s her day, whatever she wants.”

Clark recently made headlines for celebrating 10 years of sobriety on August 31. Earlier this month, he and his family were honored with the Richard J. Caron Award of Excellence for their significant impact on families affected by substance use disorders at the NYC Gala on Thursday, September 9.

“I think [Tayshia] recognizes that my recovery is what allows me to be with her, and that’s very clear to her. So she’s grateful for this,” he explained. “Over the past year, we’ve definitely had time to talk about it and to have her understand what it means to me. And I think, in turn, she’s really gained a better understanding of the why of it all. And I don’t think there’s anyone in my life, Tayshia included, that would tell you that a drunk Zac is better than a sober Zac, that’s for sure.”