Ashley Iaconetti and Jared Haibon made sure guests didn’t leave their wedding empty-handed … or hungry! The Bachelor in Paradise alums tied the knot in Newport, Rhode Island, on Sunday, August 11, and the lavish celebration was certainly one for the books.

The nuptials had all the traditional bells and whistles — including a bevy of lush flower arrangements and signature cocktails — but Iaconetti, 31, and Haibon, 30, went one step further to insure all of their friends and family members had a great time.

According to Ben Higgins’ girlfriend, Jessica Clarke, who attended the “I dos” with her Bachelor alum beau, partygoers were gifted with doughnuts that featured their faces on them as they left the picturesque soiree. “Oh my god!” Clarke, 23, exclaimed via an Instagram Story as she held the unique pastry in her hand. “Babe, what do you think?” 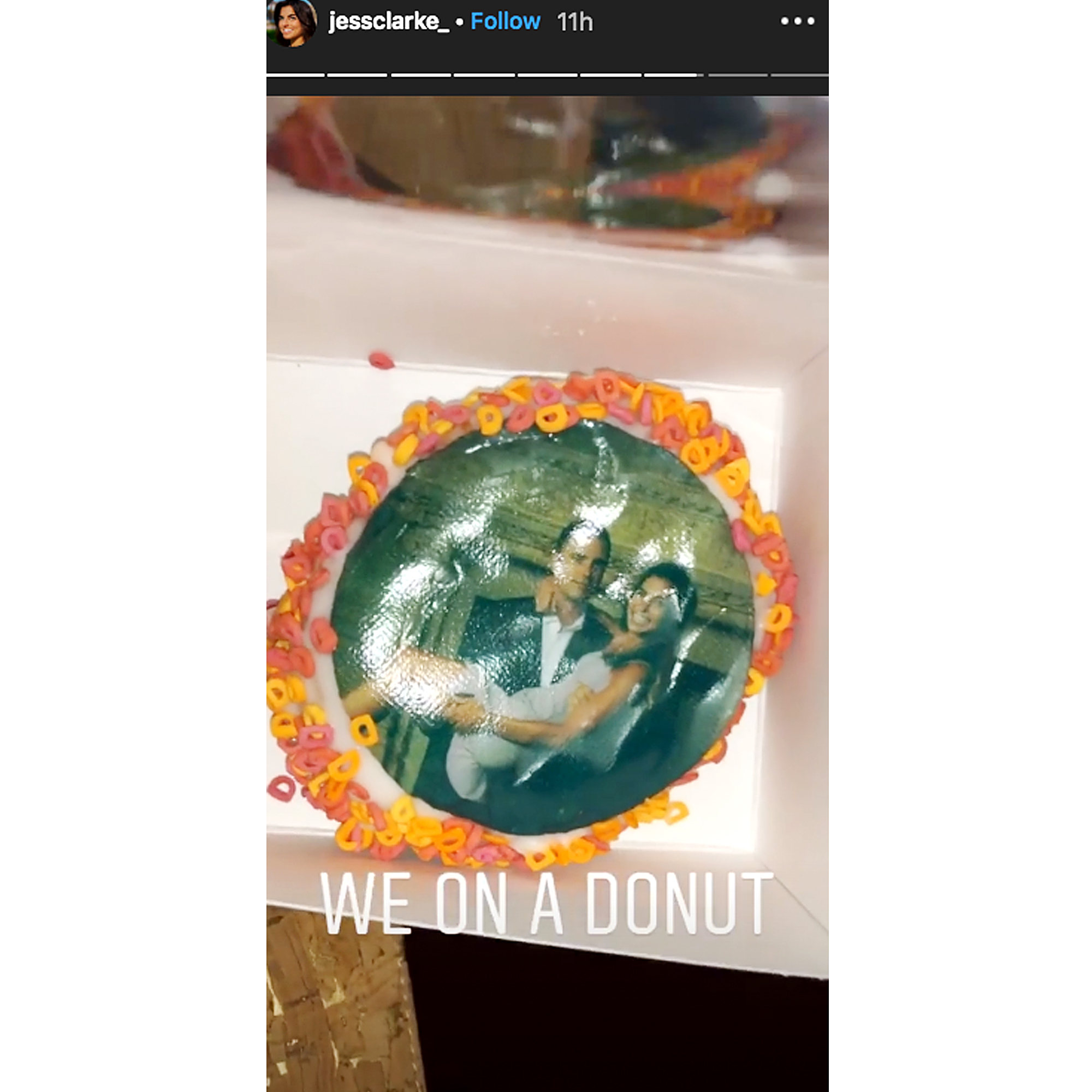 Clarke then tilted her phone to Higgins, 30, who was holding a personalized doughnut of his own. “I’m shocked,” the Generous Coffee co-founder replied, as Clarke chuckled in the background. “Shook, as they say.”

In addition to including an edible picture of Higgins and Clarke in the center, which appeared to be made from icing, the pastry also sported a perimeter of orange and pink sprinkles shaped like the letter “D,” indicating the parting gift came from Dunkin’, formerly known as Dunkin’ Donuts. 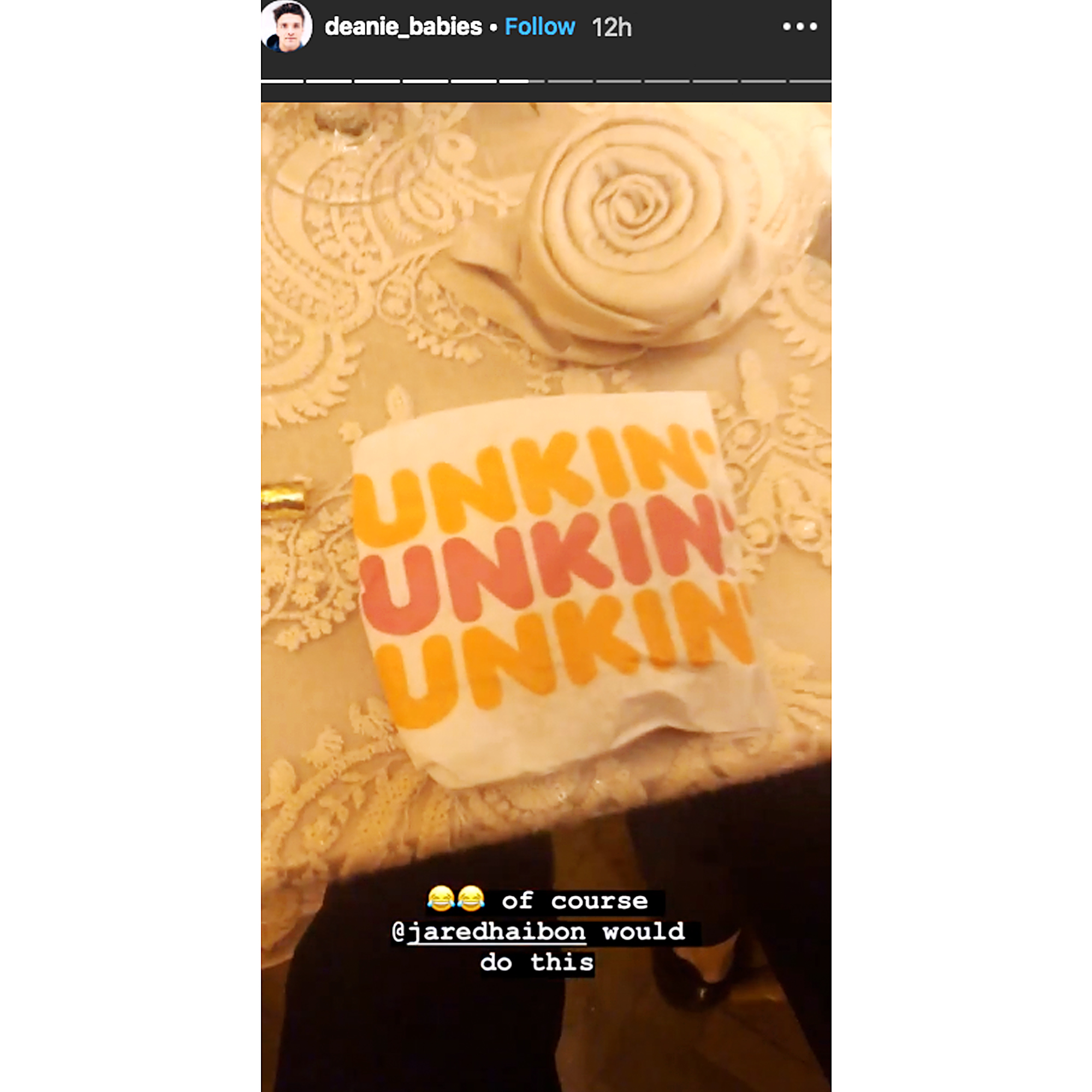 Bachelor in Paradise star Dean Unglert was also surprised by the sweet treat. Though it doesn’t look like the 26-year-old left the wedding with a personalized doughnut, he still snagged a snack for the road. “Of course @JaredHaibon would do this,” Unglert wrote on Instagram Stories over a Dunkin’ baggie that seemingly had a doughnut inside. 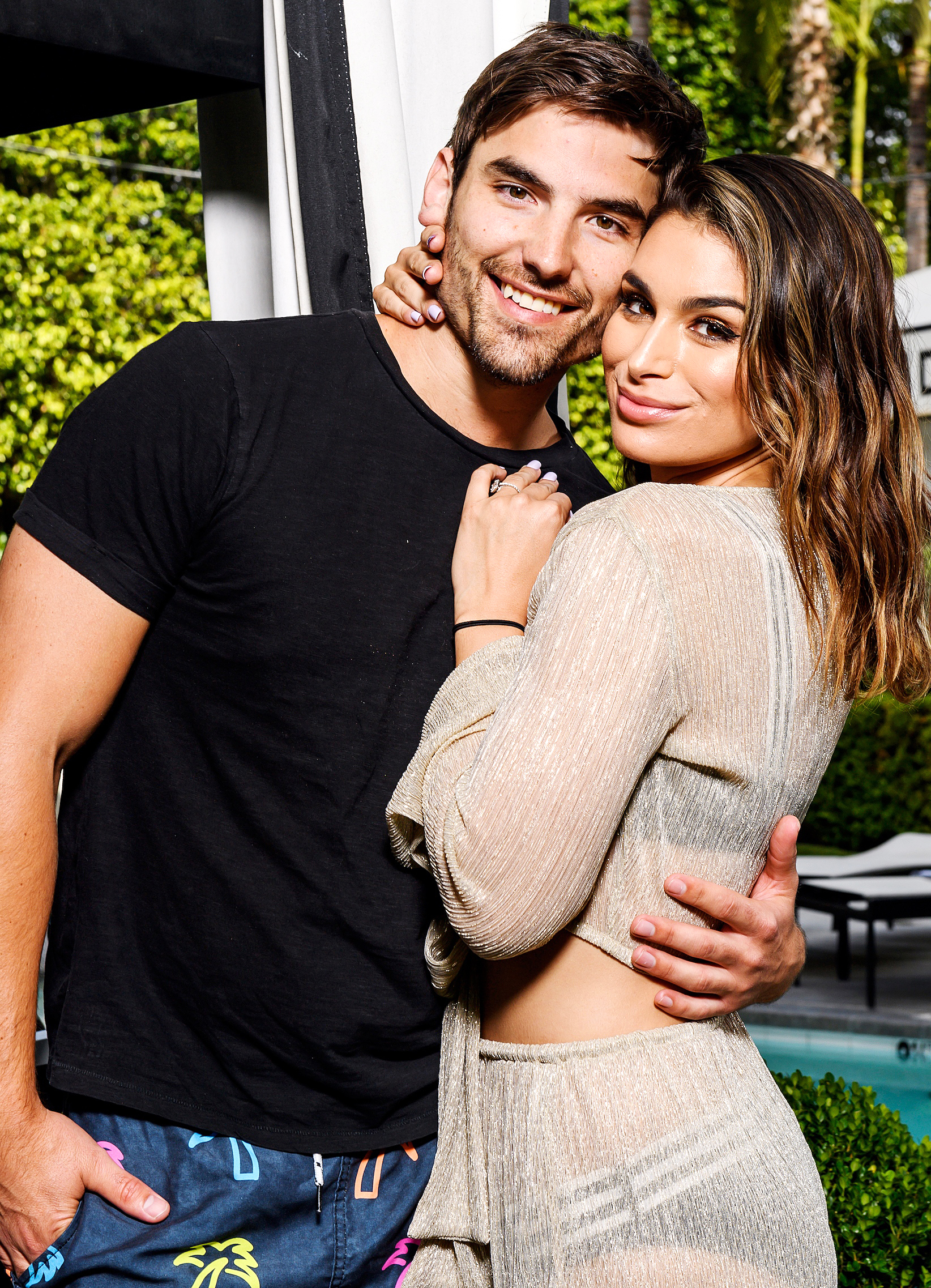 In fact, Viall, 38, even captured the moment the bride first tried a bite of her seven-tier wedding cake. “It’s so good,” she can be heard saying on his Instagram Story as she takes a taste. “Thanks guys!”

The newly married couple first crossed paths during season 2 of Bachelor in Paradise, and in May 2018, after nearly three years of engaging in an on-and-off romance, the pair revealed they were officially an item. Haibon proposed to Iaconetti during a visit to the set of Bachelor in Paradise’s fifth season in June 2018.