The usual order will probably be upset today, so you'd better get used to it. Learn to look at things inside out and backward. If nothing else, it's funny. But whatever you're facing and however you handle it, you won't be the only one coping with this stuff. Your neighbourhood or workplace might be affected, too. Rough times can make people snide and stingy, but you don't have to be part of the problem. You may already know how to solve it. Give graciously and they'll follow your example. 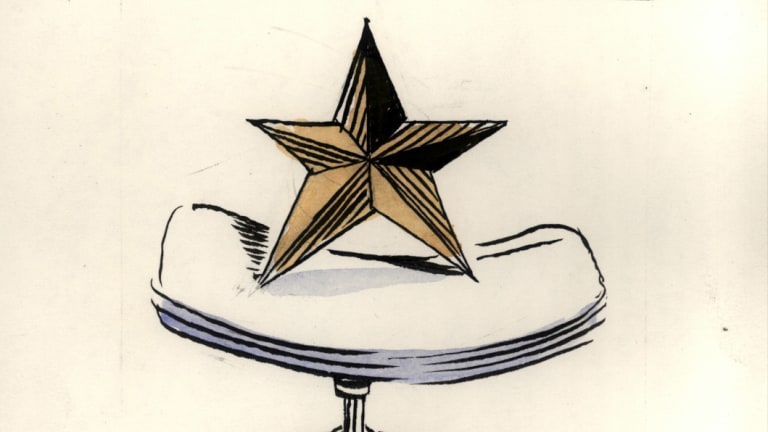 Some causes are more important than others, and you're in touch now with which ones mean the most to you. Plus, you have a nice grasp of your inner strength as well as your legendary physical endurance. Today you can make real, concrete efforts toward your favourite goals. This is a good time to take a firm moral stand, because you know exactly what your values are and you're very convincing in your grounded certainty. It's easier than ever to persuade others to stand beside you.

You feel kind of weird, and you're in the mood for something big to happen. Wouldn't it feel great if some tension at home or at work just blew? Well, no — actually, it wouldn't. Then there'd be a mess to clean up, including hurt feelings. Gemini, you're better off being casual, even if you're craving formality or intensity. It's entirely possible that today, you'll be sad that things didn't turn out differently. But the truth is, it simply isn't worth the fight. Take a step back and let things go. You'll be glad you did.

You'd be perfectly happy if all of your relationships — with everyone — stayed exactly the same, day in and day out. At least, you think you would. But really, life would get dull and unfulfilling quickly. Not everyone stays the same, after all, including you. Even if you don't realise it, little shifts are occurring beneath the surface of your life. Don't let that scare you. Go ahead and appoint yourself guardian of all that's normal and conventional. But don't be surprised when interesting things start to occur.

Your values are impeccable, but the truth is, you're a little too smug about being old school. In fact, the very people you're trying to impress — your boss, or a new client? — are likely to be turned off by your attitude, even if they like your principles and ethics. Any hint of elitism on your part could close doors today, so watch your step. Try sharing your experiences instead of hoarding them — make others feel as if you're including them instead of shutting them out.

Other people really appreciate your sanity and clarity — especially right now. That's because your methods feature such a refreshing lack of madness. You get things done, and even better, you know why your specific goals are important in the first place. Make a solid, practical plan and recruit help from others. Be sure to record your progress, because later, when the way isn't so clear, you'll appreciate having a road map to success.

Self-satisfaction is too easy amidst modern conveniences. Don't let easy money or user-friendly technology mislead you up a shallow grade of so-called deeper fulfillment. Rip out the ear buds, unplug from the grid and spend a day in rustic surroundings. You might resent the hard work and the sloppiness of nature, but you could also relish the chance for getting closer to your beautiful flawed self. Without all the enhancements and peripherals, you're wonderful just the way you are. But you knew that.

Enthusiasm is totally okay as long as things don't get out of hand. That means you should be doing your duty without excessive force. It may seem like a normal display of power to you, but others might have different ideas about what's actually right for this situation. Before launching the attack yet again, listen to what they're saying. Going over the top won't actually be necessary today. A little energy, smoothly applied, is all you really need. Don't underestimate the power of subtlety. It could make you look like the coolest thing on two legs.

You've always sought out broad, universal truths, and today some doors might open in that regard — but probably not in the way you'll expect. Sober and hardworking is the mode of the day — face your responsibilities at work and at home with careful, focused attention. But there's no need to be sombre about it. Rather, try to recognise that maturity brings truth. A day or two of quiet reflection will reveal this to you, and you'll realise this is something not to avoid or regret, but to celebrate.

There's nothing like being high on the power of your own genius, but then what? Coming up with these brilliant ideas is still along way from making them happen. If you're so eager to see results today, do something about it. Sober up and consolidate your efforts. That could mean cleaning up your image with the people who think you're all about fun and not much good for anything else. Maybe they were right in the past, but this time let them know you mean business.

Free will plays a major role in your life today, Aquarius, which should come as a relief. You can't stand being boxed in, but you do have a strong sense of commitment. Facing your responsibilities brings you the best of both worlds — you can tackle your duties as you like, enabling you to bring old business to a logical conclusion even as you stay strong in your convictions. Bravo! Save your best efforts for existing projects. You can focus on something new and exciting in a few days.

Punctuality works for you. You like to be in there grabbing the worm, or whatever you early birds do. If others are running slower, don't get mad. Consider it a gift of extra time. Circle the problem again to study it from every angle. Flex those creative muscles while you're waiting. Or just get started early. You'll save them a lot of work, plus you'll get a bigger share of the credit. Is that a win-win or what? Others might disagree on that point, but hey, it'll be their fault for not sticking to the schedule.