Welcome to a strange and unusual day — your favourite kind! Individuality is highlighted today, and you're nothing if not a free spirit. You've always blazed your own trails, and now it's easier than ever. It's as if the universe is making special allowances for you — and the quirkier your ideas and activities are, the better! Enjoy this influence while it lasts, and use it for all it's worth. 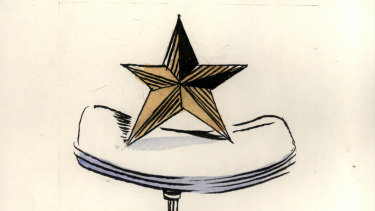 Many people need a lot of space and freedom today. If a friend or loved one seems restless, don't insist that they hang around. Let them do their thing, and trust that they'll wander back your way when they're ready. That's what love is all about, after all — recognising the other person's needs and doing your best to make room for them, even when it makes you a bit uncomfortable.

It's a great day to join forces with other people, especially a group that's focused on some sort of humanitarian cause. You're thinking along those lines, yourself. You're interested in improving the world around you, though you may not know where to start. That's where established groups come in. You don't have to start from scratch on your own. You can throw your valuable efforts behind a cause that's already underway.

Someone you're normally quite close with could seem distant today. They're probably just wrapped up in some new scheme or idea they've been playing with, but you're a sensitive sort, so you might take their aloofness personally. If so, try to reason with yourself. The current energy is the kind that has lots of people absorbed in their own pursuits. Why not use this time to tackle some project of your own?

Express your creativity to its fullest. You march to the beat of your own drummer, and that's more apparent today than ever. Take an innovative approach to everything you do, even if you're simply at work, tackling the same sort of tasks you do every day. There's nothing wrong with bringing a little flair to the office! Perhaps you can revamp some system or set of rules, to everyone's benefit.

Cerebral processes are highlighted today. This works well for you, since you're a thinker by nature. You enjoy reasoning through puzzles and organising facts or variables. But don't be surprised if you encounter some fact or theory that doesn't mesh with what you already think to be true. Instead of rejecting this out of hand, give it some consideration. You may end up revising your own views, in the end.

It's a great day to invite positive change into your life. If some part of your personal existence is in need of an overhaul, turn your most innovative eye toward redesigning things to your liking. But your skills could be even more effective in tackling a project or a cause with a more outward focus. Group efforts go especially well now, and with your negotiating skills in the mix, success is assured.

Lots of people are feeling emotionally reserved today, and most are preoccupied with their thoughts. Since you're such a sensitive and passionate person, it's a good idea to keep that in mind, especially when you're dealing with someone you're close with who seems distant. In fact, why not claim some time for yourself? You can make use of the current influence, too, which emphasises mental processes and intellectual pursuits.

Your taste for the exotic and unfamiliar is heightened today. You're drawn to people who have unusual ideas, because there's nothing you'd rather explore than fresh, strange intellectual terrain. The truth is, you're ready for a revolution of ideas, and you'll join forces with anyone who's up for the same! You can have a lot of fun with this, whether you actually focus on changing the world or just on stretching your mind.

It's a good day to court unusual ideas and theories — ones you would normally reject purely because they're a little too out there for your traditional tastes. Under the current cosmic influence, you're more open than usual to speculative thought and experimental processes. You can recognise that you don't know all the answers to life's questions, and conventional wisdom isn't always the most direct route toward the truth.

Your maverick nature is wonderfully on display today. A new personal cycle begins for you now, and your energy is boosted by the cosmos. It's a great day to break new ground, whether in your work, in your thinking, or perhaps in a relationship. A theory you've been developing is ready to be put to the test. It's also a good time to make plans for a better tomorrow.

Positive change is in the air today, and you want to contribute. Don't waste time throwing your energies into too many causes at once. You could make a good case for each and every one of them, but there's only so much time in a day! Instead, choose one and devote yourself to it. Just make sure you have some energy left over for yourself at the end of the day.