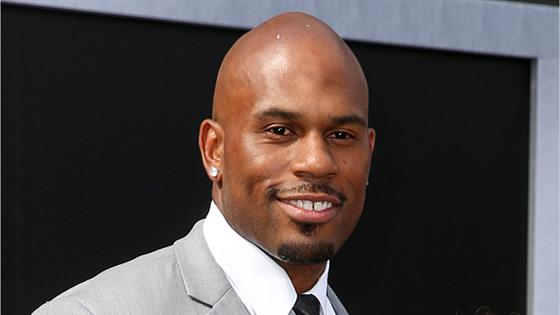 Just days after WWE star Shad Gaspard passed away, a memorial service was held in Venice Beach for the 39-year-old professional wrestler and actor.

Friday’s vigil — held by Shad’s wife, Siliana Gaspard —drew family, friends and fans to the Los Angeles shore, where the grappler reportedly drowned last week. The beach was filled with flowers, candles and love for the father, who was also involved in the world of video games and graphic novels.

Gaspard died after a swimming accident with his 10-year-old son, Aryeh. After the two were pulled to sea by a rip current, only his child survived.

On Monday afternoon, Siliana shared that her husband had gone missing from the Marina Del Rey beach the day prior. The Los Angeles Fire Department confirmed that a man and his 10-year-old son had gone missing in the waters, but the child was found and did not require transport to the hospital. The U.S. Coast Guard confirmed that in the rescue process, the lifeguards “lost visual contact of the father.”

Three days later, the LAFD confirmed to E! News that a body was recovered off Venice Beach. The LA County Coroner later confirmed the body was identified as Shad.

Various members of the wrestling community shared photos from the sunset service.

“This week has been extremely hard,” tweeted wrestler Taya Valkyrie. “Tonight we came together to remember you, @Shadbeast. You were there with us, smiling down on everyone that loves you. You impacted so many and tonight was proof of your power in life and beyond.”

Former WWE superstar Jason Anthony Paul, JTG, shared a photo of himself in front of a massive floral arrangement spelling out Gaspard’s name. Gaspard and Paul were members of a WWE tag team duo known as “Cryme Tyme.”

On Thursday, Paul also shared the last TikTok video he recorded with his partner, describing their relationship as “24/7 FOOLERY!”

“Beautiful evening to celebrate the life and legacy of our dear friend, @Shadbeast,” Ryan wrote on Twitter.

In a statement to The New York Times, Siliana admired her late husband, calling him a “real-life superhero.”

“Shad was our whole world and we were his,” she said. “There are not enough words to describe what he means to all of us. He was our heart, our soul, our protector, our warrior. He was a bright force of nature, who brought joy to many through his joyous and gracious nature.”

“My prayers and hope for Shad Gaspard’s wife, son and family during this unthinkable time,” Johnson tweeted. “Man, this is a tough one. A really tough one. Great guy.”

“WWE is saddened to learn that former WWE Superstar Shad Gaspard has passed away at the age of 39. Gaspard had gone missing while swimming with his son at Venice Beach in California on May 17. In his final act, Gaspard instructed lifeguards to save his son’s life,” the statement read in part. “WWE extends it condolences to Gaspard’s family, friends and fans.”