It’s a highly controversial new way of proving infidelity – but would YOU use a DNA kit to catch a cheating man? 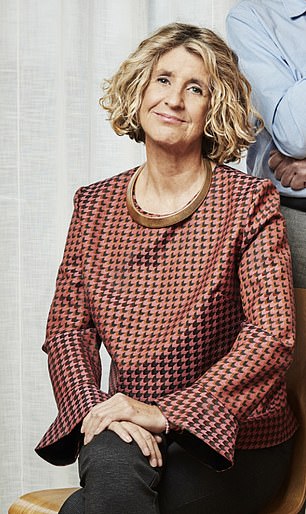 Several years ago, I started to suspect my then-fiance was cheating on me. The sudden nights away on business, the constantly guarded phone, the shifty looks he gave me after a night out with ‘friends’. It was a gut feeling, but I didn’t have any proof.

There is simply nothing worse than the feeling you are being lied to by someone you love.

So, yes, I would use one of the newly available infidelity DNA testing kits in a heartbeat if I ever found myself in that agonising position again.

For £90, anyone who suspects their partner of having an affair can now send off a sample, such as underwear or bedsheets, to be tested for rogue DNA, thus determining if cheating has taken place.

While I admit snooping on your partner isn’t generally a good idea because it can cause mistrust — and collecting the ‘evidence’ is, quite frankly, a bit weird, not to mention illegal in the UK without the person’s consent (the tests are done in a laboratory in the U.S. where it is legal) — I think the pain that infidelity causes completely validates it.

No one is going to go to such drastic lengths unless they have very good reason.

In today’s digital age, social media and dating apps have made it much easier to fool around with someone who isn’t your partner. I would argue that we need a more effective way to confront modern infidelity, and anything that can bring closure on a cheating partner is worth it.

Because, let’s face it, calling out a cheat isn’t easy.

When I asked my fiance if he was seeing someone else, he flatly denied it, and then had the gall to tell me not to be so insecure and jealous.

I was desperate and confused. It got to the point where he only had to glance at a woman in the supermarket to trigger my anguish.

When, after months of crippling doubt, I eventually found out he had been seeing a woman from his office (a mutual friend told me), it blew my world — and my trust — to smithereens.

I know from experience just how important it can be to get physical proof your partner has been lying to you. As far as I am concerned, DNA cheat kits are simply a technological version of the old-fashioned private detective; a quicker and less expensive way to put an end to months, or years, of lying.

And if your partner isn’t cheating, no one need ever know you had the test done.

Suspecting a partner of being unfaithful is emotional torture. Confirmation gives you back the control and power that has been taken away from you. That’s got to be a good thing. 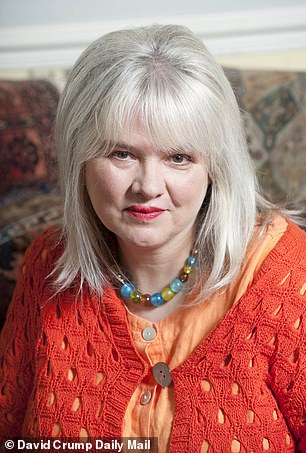 I understand that people are driven mad by the suspicion that their partner might be cheating — and just how tempting it is to want to find out for certain.

Still — and I can’t believe I’m really having to say this — sending off their smalls for DNA testing is not the answer.

Quite apart from the fact these tests fall into a legal grey area (in the UK, the companies act as brokers, sending samples abroad for testing to get around the rules), snooping of any sort only ends in tears.

You might think your partner is deceiving you, but using a DNA test without their knowledge is no different. You’re deceiving him, too.

And when you get the results back, how are you going to feel?

‘I’ve caught you, and you’re out of here!’ — a sort of victory? But it’s not a victory. Your marriage is dead.

What are you going to feel about yourself if the test proves that your partner is innocent? If that is the case, you’re as jealous and possessive as the worst of wives. And now it’s you with the secret, and the secret goes: ‘I don’t trust you, I follow you around with my DNA kit — that’s the kind of person I am.’

Trust lies at the very core of a marriage, and without it you may as well go your separate ways. Will you confess what you did? Will you thrust your arms around him and say: ‘I just needed to make sure, darling, and now I’m so happy!’

I wouldn’t if I were you. Because if I found out my husband had done that to me I’d walk out on him and not look back.

A marriage should be a safe place where you feel you can tell your partner everything. Almost the worst aspect of infidelity is that the openness you had with each other, that real intimacy which involves knowing every tiny detail about your partner’s life, has been smashed, just like that. Even if you’re never found out, the guilt you have about keeping a secret eats away at you and can stop you feeling close.

If you are worried he’s keeping a secret — of any sort — talking is always better. Don’t directly accuse him: any bloke is just going to say no, and then you’re no further on. But talk about your marriage in general, kindly, on the sofa.

Ask him about any problems at work, anything that’s bothering him that he would like to get off his chest. Even tell him you love him, but you’ve noticed he seems distracted and you want to know if there’s something bothering him.

The truth will come out, and if it’s perfectly innocent, you can both get on with your marriage.