Woman who felt embarrassed by her dry, chapped lips claims injecting dermal FILLER helped cure the condition – after she went for the treatment to plump her pout

A woman who struggled with dry, chapped lips for years has revealed having injections of dermal filler have caused her symptoms to vanish.

Sara Kawadri, 28, says the decision to get fillers in the first place was to help boost her pout, which she always felt was too small for her face.

But when her dry lips suddenly disappeared too, she realised she’d hit on a welcome side-effect.

Sara, a personal assistant from Wimbledon, south west London, explained: ‘In the last few years my lips started to get really, really dry. 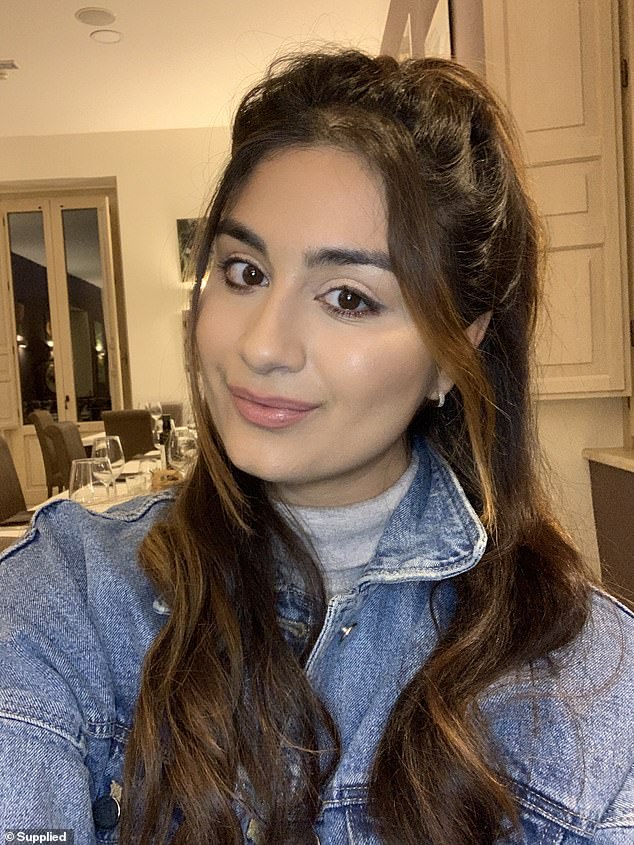 Sara Kawadri, 28, pictured before having dermal fillers, had suffered with dry chapped lips for years. She did her best to cover them with lipstick and gloss, but the surface was uneven

‘I’m only 28, so I shouldn’t be getting wrinkles, but I noticed my lips were always dehydrated and little lines were starting to appear.

‘I always used moisturiser but nothing really helped. And because I was constantly biting them, too, I was just exacerbating how dry they were.’

But since having fillers for the first time ever, Sara said the dryness has suddenly disappeared.

‘I obviously didn’t get lip fillers to stop them getting chapped – like everyone else, I just wanted to change the way they looked,’ she admitted. 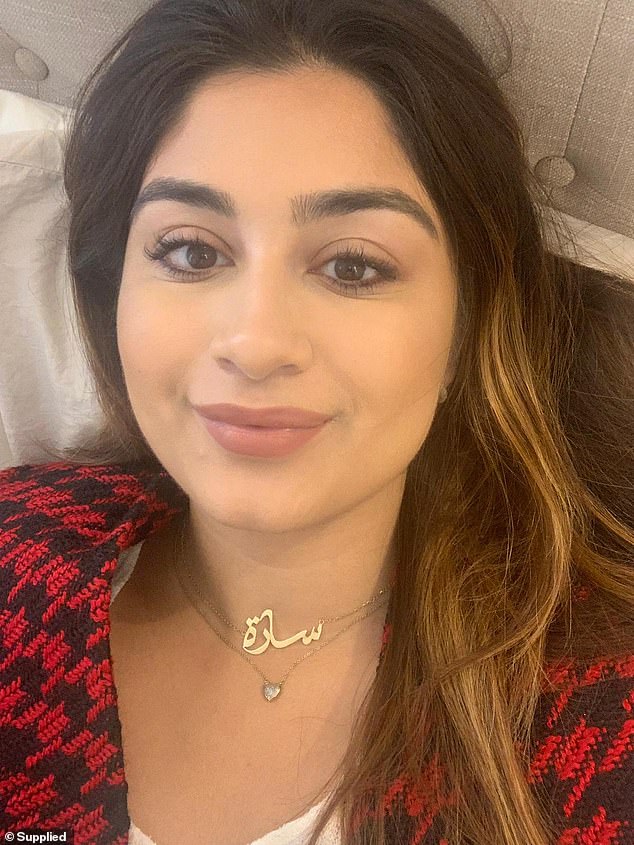 Having injections of dermal filler have caused Sara’s chapped lips symptoms to vanish. Pictured after her treatment

‘But it’s definitely a welcome side effect of the treatment and if it can help me, it could help other people who struggle with dry lips.’

Dr Bashar Bizrah, founder of the Beyond Med Centre clinic in London – where Sara had her lip filler injections – says there could be a scientific reason why fillers might have a moisturising effect.

He explains: ‘You typically see an explosion of dry lips in either hot or cold weather.

‘The colder the air is, the less humidity it carries, while the summer months cause sun damage and dehydration.

‘But dermal fillers in your lips could, in theory, help to prevent chapped lips if it’s a problem you’re particularly susceptible to. 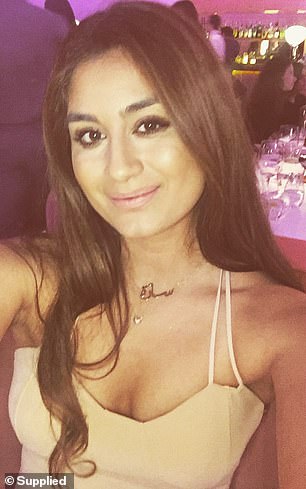 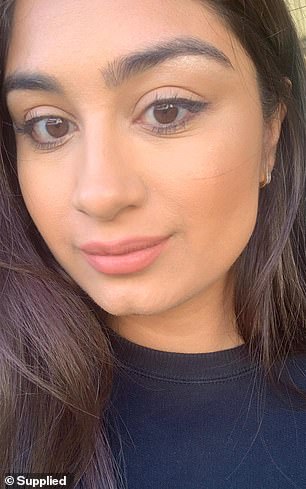 Sara had 0.5ml of filler injected into her lips, which she felt were always too small for her face. PIctured left before and right after

‘The filler – hyaluronic acid – attracts a degree of water and this might help rejuvenate that area.

‘We’d hardly ever perform a treatment for that purpose, but if lip fillers add hydration and protection to a vulnerable area, then it’s certainly a welcome secondary effect.’

Sara is one of a growing number of Brits adopting the ‘less is more’ approach to lip fillers as she sought to avoid the dreaded ‘duck lip’ pout.

She had just 0.5ml of filler injected into her lips, whereas some patients go all the way to 3ml over a period of time. 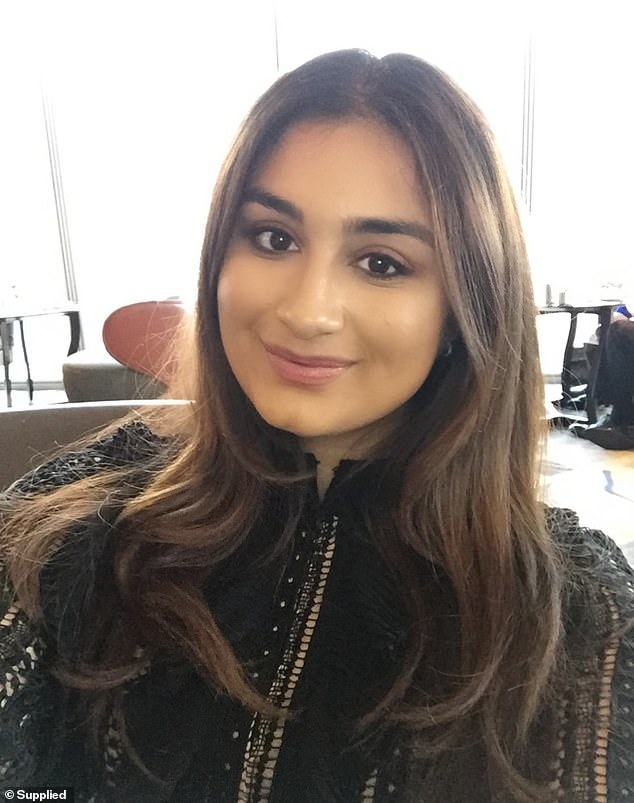 Sara, pictured before having the fillers, said she used to draw over her mouth to make it look plumper

Sara adds: ‘I always felt like my lips weren’t big enough for my face. I’d compensate for their smallness by over drawing them with a lip pencil to create the illusion they were bigger.

How to avoid chapped lips

First aid expert Emma Hammett advises: ‘Use a lip balm or good old Vaseline, which are readily available from a supermarket or chemist.

‘Lips are vulnerable to dehydration. In fact it is estimated water loss occurs three times as fast from the lips as other areas of the skin.

‘So keep your fluid intake up to avoid becoming dehydrated.’

‘And I literally never took selfies. I never had any pictures of me alone with my lips looking natural and not overdrawn.

‘My friends always said, “Oh, you don’t need lip fillers. It’s going to be a slippery slope. You’ll get that done and then you’ll never be happy with what you have”.

‘But I now feel like it’s the best thing I’ve done. I feel so much more confident.

‘And it’s not like it’s this dramatic change. It’s natural and subtle.

‘I think a lot of people have a misconception about lip fillers, thinking that if you have them you’re going to look really fake.

‘But I don’t think I look fake. A lot of friends haven’t even noticed I’ve had it done. ‘And I can now wear any shade of lipstick I want!’

The warmer months can be a nightmare for anyone prone to dry lips, as sun exposure causes them to crack.

The sun’s UV rays can cause skin damage and a lack of hydration in your diet can also translate to chapped lips. 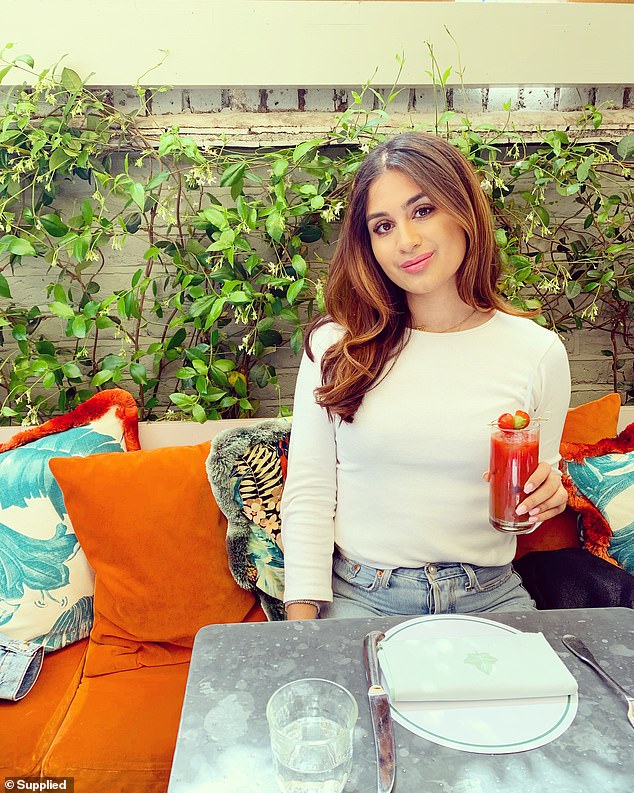 Deficiencies in Vitamin B2, zinc and iron have also been linked with dry lips.

Repeatedly licking or biting your lips is also a no-no as saliva will cause the skin’s natural grease to wash away, leading to dryness.

Some fragranced lip balms can also wick moisture away from the places where you need it.