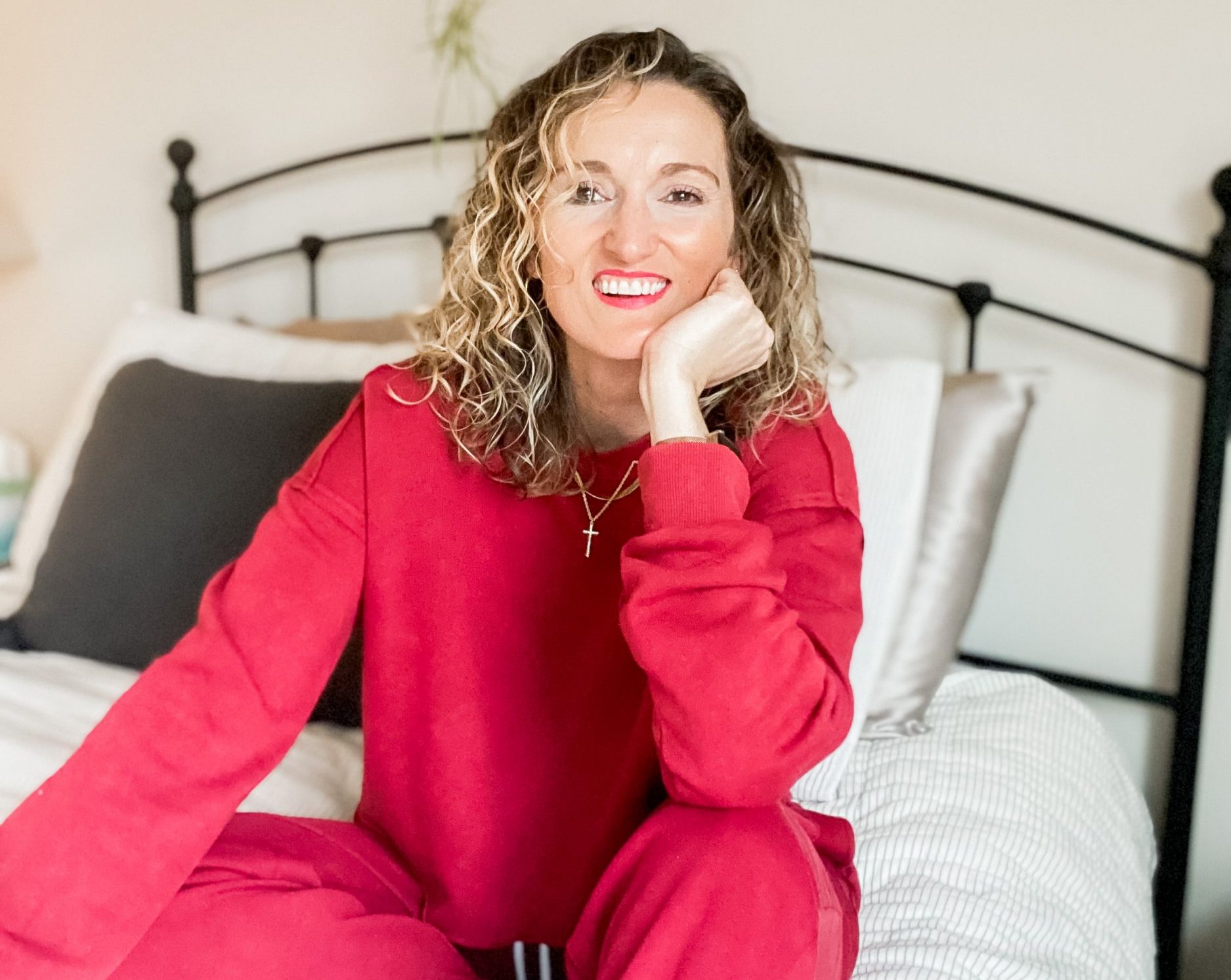 A woman who was in major debt due to student loans, credit cards, and frivolous shopping has revealed how she got herself out of it – and why she does a no-spend-month every year, saving £1,200 every time.

Julie Haneline, 36, from Greenville, South Carolina, US, first got into saving after doing a finance course at university.

Five years ago, she decided to give herself a challenge by not spending any money whatsoever – beyond necessary bills such as rent – and was blown away by just how much money she was wasting on frivolous purchases.

Although she chooses January for her month – a time when many people are low on funds after Christmas and NY celebrations – any month will do.

Julie’s journey to financial freedom started after she graduated college in 2007, which left her in around $37,000 (£27,200) of debt from student loans, credit card borrowing, and buying her car on finance.

Julie said: ‘There was one point I had to start putting tuition and rent on my credit card in college because I wasn’t making enough money from my part time job.

‘I also made poor shopping decisions. I loved buying new clothes. I didn’t have the self discipline in my early 20s that I have now!’

She initially focused on paying off debt, but once she’d managed this in 2014 Julie continued to be frugal – this time with the goal of saving a nest egg.

The sacrifices she made to put a dent in repayments were many, and Julie saved cash by sofa surfing and living with friends.

‘Having a roommate wasn’t ideal in my late 20s,’ she said, ‘but I did what I had to do so I could pay off debt and save for my first home.’

Once what she owed was paid off, Julie then decided to put the money she’d saved towards buying property.

She added: ‘After buying my first house I knew one day I would rent out that property and start real estate investing.

‘I purchased a second home in 2019, moved into that one and rented out the first one.’

That same year, the thrifty young woman bought two more properties, which she rented out. The only debt she has now is the mortgage on her homes, but she makes a healthy income from them too.

Julie will rarely touch her savings, though she did treat herself to a cruise in 2019, where she travelled to the Dominican Republic and Turks and Caicos.

For anyone looking to cut down on spending or do a no-spend-month, Julie has several tricks to help keep you on track.

Her top tip? Just say no.

She said: ‘So no eating out, no shopping, no alcohol, pause subscriptions and memberships that aren’t a necessity, such as gym memberships, beauty subscription boxes, apps etc.

‘And try to hold out on hair and nail maintenance, and only buy items at the grocery store that are for a recipe or healthy snacks.

‘There is no “I might need this later” allowed, items like extra bags of crisps or extra cans of beans etc.’

Those who aren’t ready to go full no-spend can try picking one category not to spend on instead, recommends Julie, saying it’s ‘better than nothing’.

‘I don’t find it [the no-spend-month] that difficult,’ she commented, ‘because it’s only one out of the 12 months of the year and the reward is worth it.’

A fasting-type diet like Whole30 ( that emphasises eating nutritious, whole foods and eliminates some items such as sugar, alcohol, grains, legumes, soy, and dairy) also contributes to her success during a no-spend month.

Julie added: ‘With Whole30 you can’t really go out to eat anyway so it helps me not be tempted to get take out because of the food restrictions.

‘I’ve heard of people that go all out with no spend and don’t even buy gas so they’ll ride their bike everywhere once they’ve used all their gas – now I’m not that extreme but I think it’s awesome!’

Whether you try a new diet or not, another top tip is planning your meals before you embark on the no-spend-month, as well as getting creative with what’s in your cupboard.

Julie recommends downloading apps or visiting websites that show recipes based on what you have, and praises chillis, soups, casseroles, and crock pot recipes for batch cooking.

‘Get a friend of family member to do it with you to hold you accountable,’ said Julie. ‘I have eight people in a group chat doing it with me, and last year I had six.’

Posting some of her favourite financial tips on TikTok, Julie now has over 400,000 followers, with one of her most popular videos including her advice to have two separate bank accounts; one for ‘fun money’ such as shopping, nights out and gifts, and one for bills, gas and debt.

She said: ‘I love using my platform to encourage people, help them and bring positive energy to others.”

‘No spend January makes me very happy because it saves me money and resets my spending intentions for the year!

‘It is also a great practice of self-discipline too which I think is a great quality in all aspects of life.’