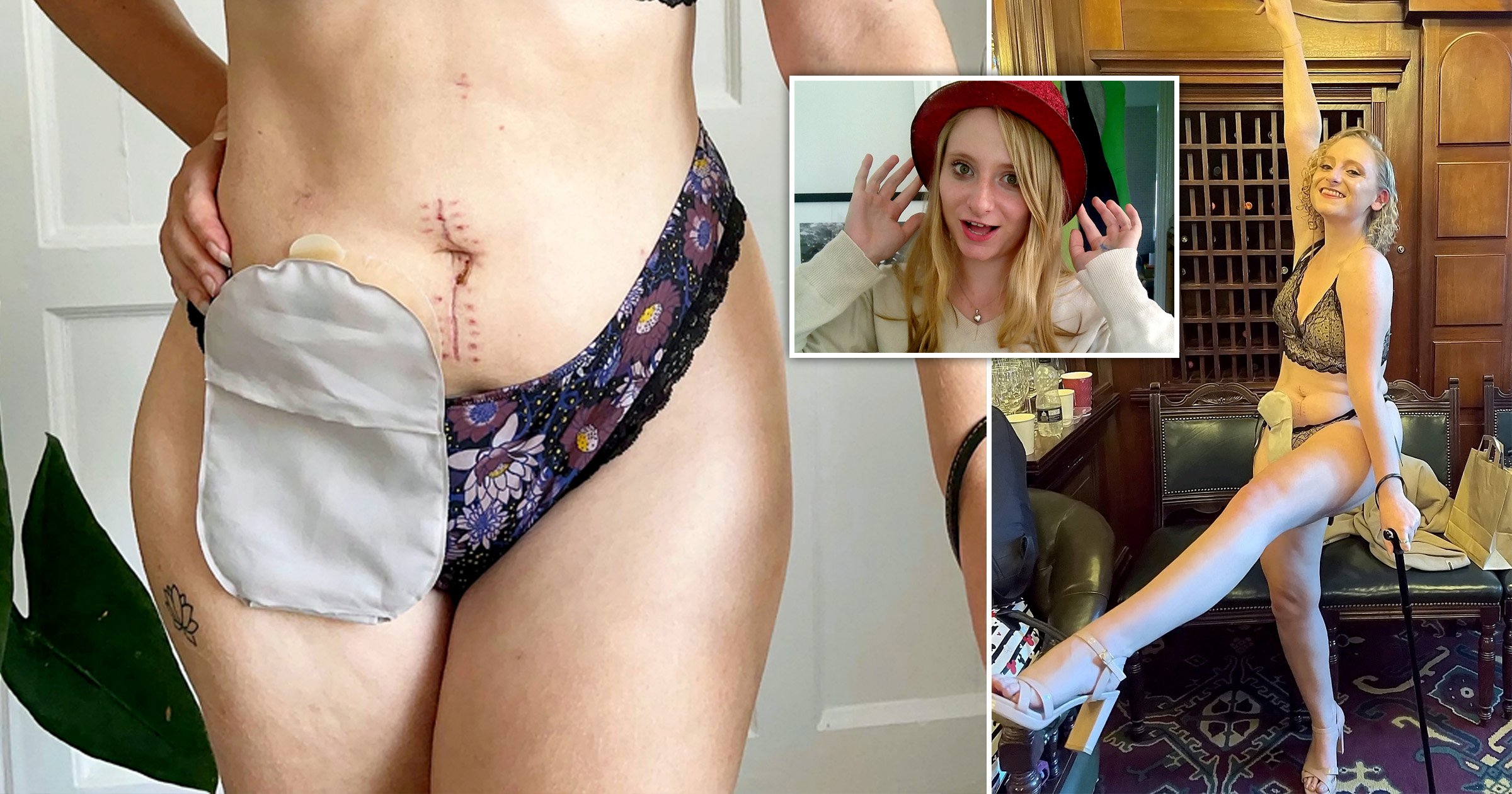 A woman who was bedbound for five years before getting a stoma bag has now showed it off by strutting down the catwalk.

Charlotte Twinley, 24, started struggling with extreme stomach pain when she was just 14.

She struggled to eat and also dislocated her joints easily. In July 2013, doctors eventually diagnosed her with Ehlers Danlos Syndrome (EDS), a condition that affects the body’s connective tissue and joints.

Her condition caused her colon to be extra stretchy making it hard for her to digest foods.

For the next five years, Charlotte struggled to eat anything. She even tried laxatives and a liquid only diet.

Doctors then recommended to have a stoma fitted, which would divert part of the bowel through an opening in the tummy. Charlotte said yes immediately.

She had the surgery in June 2018 and has been able to eat since.

Keen to represent and raise awareness for people with stoma bags, she was ecstatic when she was invited to model for London Represents at this year’s London Fashion week.

‘I was so desperate to have a Chinese takeaway again and I thought it was such a cool medical innovation.

‘It’s helped repair my relationship with my body. I’m not afraid to show it off.

‘Walking down the catwalk felt amazing and I felt so sassy.’

Charlotte realised her body was weakening when she was just 14.

‘I kept spraining and twisting joints more and more during sport,’ she recalled.

‘Then I started struggling with stomach pain that felt like I was being stabbed over and over.’

After going back and forth to the doctors, they noticed she was hypermobile and diagnosed her with EDS.

‘They told me that my EDS also affects my digestive system making it work very slowly so digestive and passing food was really difficult,’ Charlotte explained.

‘I was constipated all the time which was so embarrassing for a teenager. I struggled with my weight and body image due to my eating issues.

‘I was basically bedbound for five years because I was so weak.’

‘I didn’t really feel self-conscious about it because I was just so desperate to eat normally and be able to sit down with others and have what they are having rather than a smoothie,’ she said.

She notes that while her life is normal again, some parts are still affected by her condition.

‘I can appear a little clumsy to others as I do still have fragile ankles,’ she said.

‘I use a walking stick out and about just to help with my stability.

‘But I can live a normal life, I might just need some more rest days after a big week than others.’

Charlotte started posting about her condition on social media as there wasn’t anyone else out speaking out about having a stoma bag because of EDS.

‘I really proudly show it off and speak about it to help others,’ she added.

She was selected as a model for London fashion week in September 2021 and again this September.

‘They try and champion people of all shapes and sizes and diversity which is really refreshing,’ she said.

‘It was a much bigger event this year so it was nerve-wracking.

‘But there was so much adrenaline and I felt so sassy walking down there.

‘If I can encourage others to have acceptance of themselves then that’s amazing.’