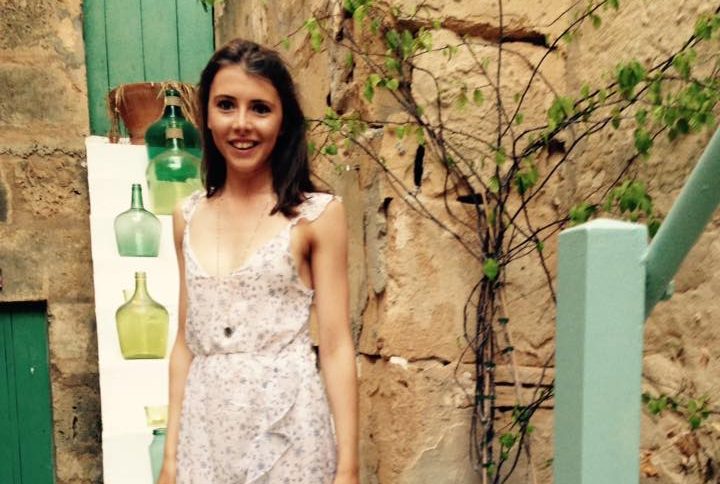 ‘I just wanted to say how proud I am of you,’ I scribbled in a letter to my friend.

‘You are killing it in your career, your promotion is so well-deserved and I am in awe of you every day for how hard you work and the amazing things you achieve!’

During the November lockdown, I started writing letters to my friends. It was mainly to tell them how important they are to me, how much I love and value them, and how much I was missing them.

I moved back to my parents’ house just before the restrictions were put in place and felt more separated from my friends than ever, with this new geographical distance between us.

After nearly a year of limited contact, I knew that I wouldn’t see my friends in person for at least several more weeks (and as it turned out, these weeks would turn into months). So, I tried to think of ways I could stay connected to them when we were physically apart. That’s when I thought of letter writing.

The first letter I wrote was to my oldest friend in the world. She and I have been through some turbulent times together, and she knows me better than anyone. It felt like the most natural thing in the world to sit down and start writing to her.

Sending my letter off felt amazing; I somehow felt more connected to her just through the simple act of putting the envelope in the post box.

When she received it, her reaction bizarrely almost made me want to cry. She told me it was exactly what she’d needed that day, and our friendship felt closer than ever.

I love knowing that I’ve managed to bring some happiness to someone I love, someone who might also be feeling sad, scared or lost.

If a friend is struggling, I can’t do what I’d usually do for them right now, like hug them, go to visit or take them out to distract them from their worries. But I can still be there for them.

I’ve found that writing letters has a greater impact than sending a text. Getting mail is a novelty these days and receiving a letter has an element of surprise that can inject some positivity and hope into what might have otherwise been a day fraught with anxiety or boredom.

But these letters are also partly a selfish act because they’re a way for me to tell my friends all the things I wish I could tell them in person.

I’m naturally awkward when it comes to displaying affection. I’m not really a hugger and don’t tend to get emotional with my friends. When I can see a conversation drifting towards the point where someone’s going to ask me to open up about, I instantly start getting uncomfortable.

I find it very difficult to be totally candid about my feelings to someone’s face, no matter how close I might be to that particular person.

I also struggle to fully articulate my emotions over WhatsApp or text. Maybe that’s because of my ‘double blue tick’ paranoia – the fear that I’ll press ‘send’ and then see that they’ve read it and haven’t replied. I’d hate for them to find my honest, gushing message too much.

For as long as I can remember, I’ve wanted to tell my friends how wonderful or inspiring I think they are. And now I’ve found a way – by putting it all in a letter.

If I were to try this in person, I know my brain would freeze up and I’d end up stumbling over my words in an attempt to sum up my admiration. When I’m writing a letter though, the words just come pouring out of me.

To one friend, I wrote about how important she is to me. ‘I am so grateful that we were cast in all those plays together in that first year [of uni]. ‘I’m so happy to have you in my life.’

With another friend who’d recently had a very hard time, I wanted to show my support for what she was going through. So I wrote to her, ‘I know you haven’t had an easy year… but I honestly think the way you’ve dealt with everything has been amazing – I’m in awe of you! And I’m so excited to see what you go on to do next.’

So far, I’ve written seven or eight letters (currently, I’m waiting for my new stationary order to arrive!). I like to write roughly one a week, rather than rushing them and writing a load at once. Sitting down to write to a friend has become a really lovely part of my weekly routine.

Loneliness is a huge issue right now – one survey conducted in late November 2020 reported that 25% of adults had reported feeling lonely in the previous two weeks. These loneliness figures were even higher in young adults; 38% and 34% of people aged 18-24 and 25-34 respectively.

There are steps being made, though. The Government recently announced a new app that aims to tackle loneliness in UK cities. Professionals working in communities – like police officers and postal workers – can record on the app when they see signs that a neighbour may be experiencing social isolation. This creates a ‘heat spot’ on a web-based map of the area.

Volunteers such as charity workers can then use the app to find people who may need help. It sounds like a brilliant initiative and an important step in tackling the ongoing pandemic of loneliness and social isolation.

But lockdown has shown me how we can all tackle loneliness in our own small ways. Sending letters is a start.

The letters I’ve sent have all been received with joy by the recipients. I think this is partly because reading a message in someone’s handwriting brings them into the same room in a way, adding a level of personal connection and closeness.

The letters I’ve received in return have comforted me and helped me connect with friends during a time when it is really needed. They’ve made me feel less lonely.

For now, I see no reason to stop sending them.

They can make all the difference to a friend’s day – and mine too.