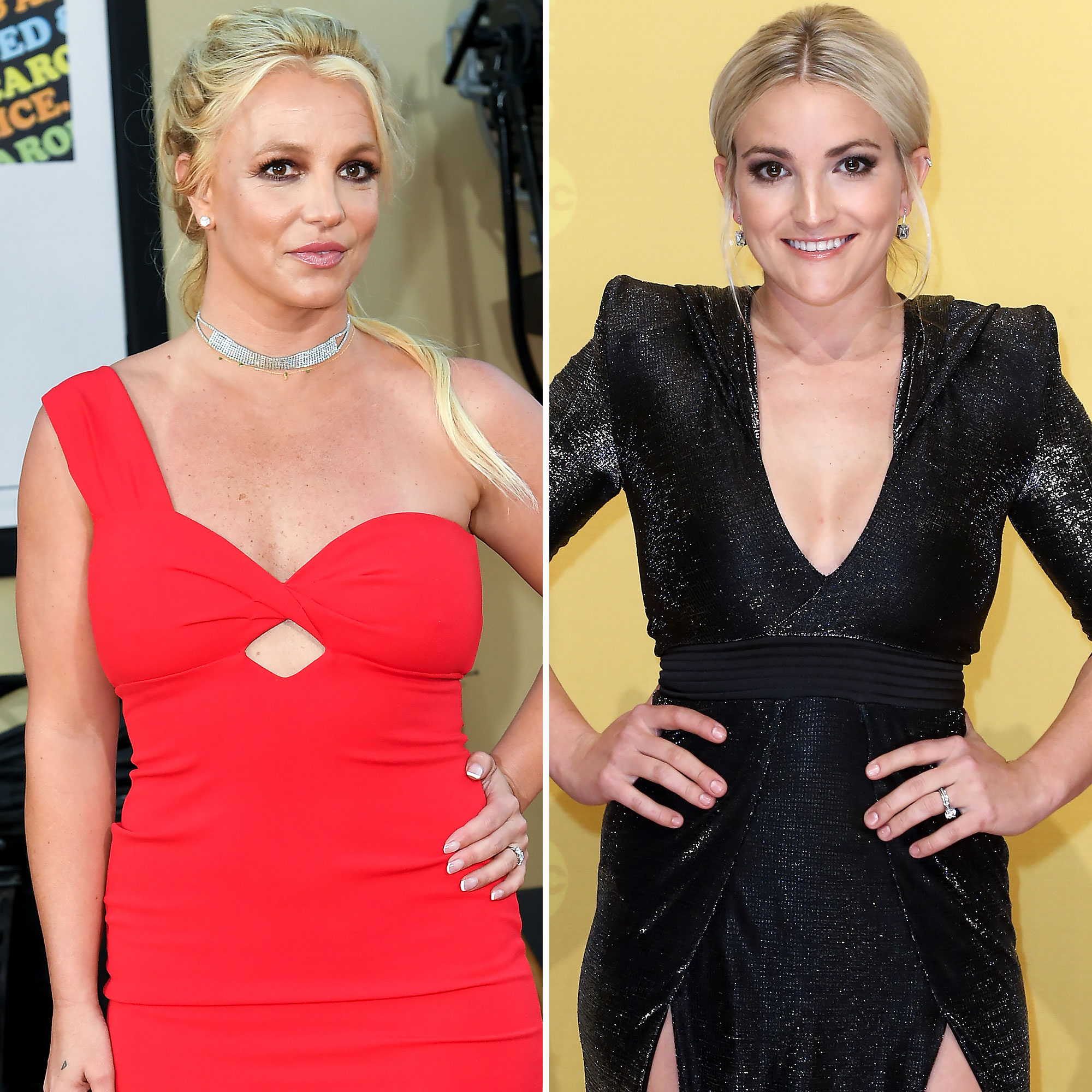 Sending a message? After Jamie Lynn Spears announced her upcoming book, some fans have questioned whether Britney Spears was subtly calling out her sister’s new project.

Are Britney Spears and Sister Jamie Lynn Close? Everything We Know

Jamie Lynn, 30, took to Instagram on Monday, October 11, to reflect on her memoir, writing, “I can’t believe I finally finished writing my book!!! ‘THINGS I SHOULD HAVE SAID’ has been in the works for quite a longggg time now.”

The Zoey 101 alum recalled how she felt “a strong conviction” to share her story after her daughter Maddie, 13, was involved in an ATV accident in 2017.

“But there was a lot of personal work and healing that had to happen before I could share my truth the proper way,” she detailed in the social media post. “I’ve spent my whole life believing that I had to pretend to be perfect, even when I wasn’t, so for the first time I am opening up about my own mental health, because this process challenged me to have to be painfully honest with myself, and face a lot of hard things, that I normally would have just glossed right over, like I was taught to.”

Jamie Lynn noted that she wants to prove that “you should never edit yourself or your truth to please anyone else” as she gets closure on the last 30 years of her life.

“I know how scary it can be to share personal struggles, especially if you don’t feel you have the support or a safe space to do so …” the Sweet Magnolias star continued. “Last but certainly not least, I want you all to know, YOU matter, YOUR story matters, YOU are enough, and don’t ever let this world try to convince you otherwise.”

Fans online were quick to point out that Jamie Lynn didn’t make any mention of Britney, 39, even though the synopsis for her book includes a section about their relationship.

“You’ve read the headlines, but you don’t know Jamie Lynn Spears. The world first met Jamie Lynn as a child star, when it was her job to perform, both on set and for the press. She spent years escaping into different characters — on All That, Zoey 101, and even in the role as Britney’s kid sister,” according to her book publisher’s website.

One day later, the “Toxic” singer shared her own social media post that had people reading between the lines.

The fan theories about a possible rift between Jamie Lynn and Britney come after the older sister called out her family during an explosive conservatorship hearing in June.

“I’m done. I want to sue my family, to be totally honest with you,” the singer told the judge, later referring to her conservatorship as “abusive” at the hands of her father, Jamie Spears.

After Britney’s comments made headlines, Jamie Lynn clarified that she was on her sister’s side, even if others don’t get to see it.

“Maybe I didn’t support her the way the public would like me to with a hashtag on a public platform, but I can assure you I’ve supported my sister long before there was a hashtag,” the All That alum explained at the time. “And I’ll support her long after. Note that.”

The following month, Britney called out her “so-called support system” and even made a reference to her younger sister’s tribute performance in 2017.

“I’m not gonna be performing on any stages anytime soon with my dad handling what I wear, say, do, or think I’ve done that for the past 13 years,” the Grammy award winner wrote via Instagram in July. “I don’t like that my sister showed up at an awards show and performed MY SONGS to remixes!!!!!”

Following Britney’s shocking social media statement, Jamie Lynn shared a selfie with the caption, “May the peace of the Lord be with you, and your spirit.” That same day, Britney also posted a video of herself, writing, “May the Lord wrap your mean ass up in joy today.”