This post contains spoilers for Pretty Little Liars: The Perfectionists. Under every facade of perfection is a plethora of dark secrets, and the picturesque college town of Beacon Heights on The Perfectionists is no exception. As the son of wealthy and influential tech moguls, Nolan Hotchkiss had other Beacon Heights University students under his thumb, blackmailing three classmates to keep them quiet about his emotional manipulation. But unbeknownst to the other people in his life, Nolan was hiding a big secret. Who is Taylor Hotchkiss on The Perfectionists? Nolan’s supposedly dead sister has a bigger role on the series than it initially seemed.

After settling into Beacon Heights as a teaching assistant at the college, Pretty Little Liars‘ Alison (Sasha Pieterse) got the lowdown about the prominent Hotchkisses from recruitment and admissions staffer Mona (Janel Parrish). Parents Peter and Claire (Kelly Rutherford) owned the tech company Hotchkiss Technologies and were heavily involved in the foundation of the school. They even named a garden space on campus in honor of their daughter Taylor (Hayley Erin), who killed herself a year before. Alison had just moved into her old house, but the fact that she had all new furniture there makes that tidbit less eerie, right? 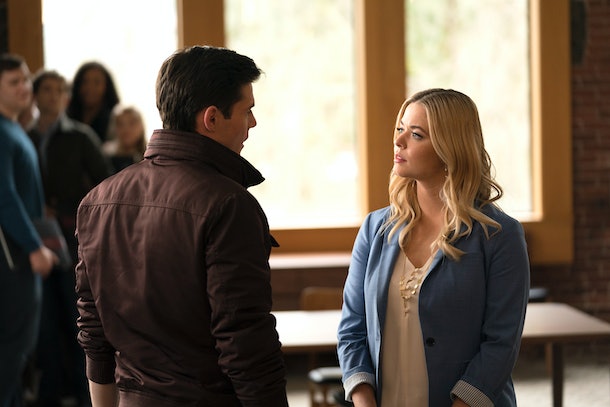 During her first literature class, Alison sensed that Taylor’s brother Nolan (Chris Mason) had an inkling about her past. His bold approach to Alison was no fluke, as viewers quickly learned that he maintained the same cool control with classmates Ava (Sofia Carson), Dylan (Eli Brown), and Caitlin (Sydney Park). Dylan did Nolan’s homework seemingly to hide their past hookup. While Caitlin was posing as Nolan’s girlfriend to prevent him from tarnishing her mother’s presidential campaign, Ava was forced to keep her relationship with him behind closed doors. Nolan clearly had no qualms about inciting love triangles and messy emotions.

No surprise, but the trio didn’t exactly trust Nolan. The fact that he didn’t cry at Taylor’s funeral seemed odd to the others, but it turns out that Nolan was working on a scheme none of them could have predicted. Taylor was alive and living in a cabin in the woods, and she and Nolan were keeping track of their mother’s use of the school security system to spy on the students Nolan oversaw. They had the proof of Claire purposely increasing surveillance on specific kids, but needed to figure out why she was doing this. On the other hand, why did Taylor apparently fake her own death? 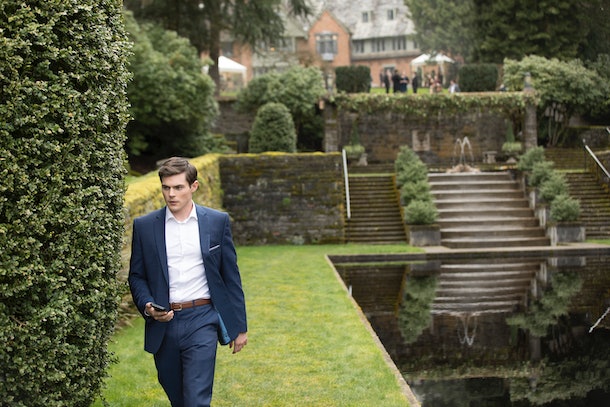 Nolan’s efforts to reach out to a mysterious figure for help ended with his murder, so it seems like it’s only a matter of time before someone else discovers the truth about Taylor. We don’t know if Nolan was the only one who knew she was alive, but his killer is now aware of it, too. Could he or she go after Taylor next? Following Nolan’s death, Alison may also become invested in learning more about Taylor, as Claire was drawn to Alison because of her physical similarity to Taylor.

It looks like Taylor’s hiding place is bound for discovery soon. Whether or not a protective ally finds her remains to be seen. Season 1 of Pretty Little Liars: The Perfectionists continues on Wednesday, March 27, at 8 p.m. ET on Freeform.