WHIRLPOOL has finally launched its recall of 800,000 fire-risk tumble dryers after four years of pressure from consumer groups, and following government intervention.

The manufacturer had originally launched a safety campaign in November 2015 to "modify" affected machines. 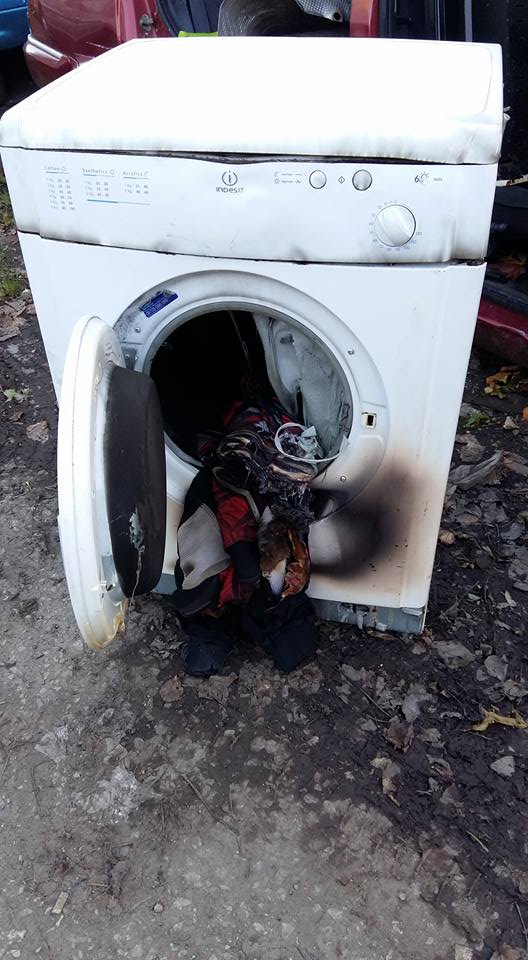 But today it's launched a full-blown recall programme where affected customers will be offered more than just a modification.

Whirlpool was eventually forced into the recall by the government.

So far, it has modified 1.7million machines out of the 5.3million units manufactured between April 2004 and September 2015.

Of this 5.3million figure, 3.8million were still in use as of November 2015, with the remaining machines either having been disposed of by customers or are so old that they're no longer in use.

HERE'S how to know if your dryer is on the faulty list:

Whirlpool, which owns the Hotpoint brands, says it has identified a potential concern with two types of tumble dryers manufactured between April 2004 and September 2015.

The affected brands are:

Non-affected machines will have a green sticker on the inside of the dryer door or reverse of the machine.

Whirlpool believes 500,000 machines still need to be modified, although it admits that the figure could be as high as 800,000.

It adds that its modification scheme has been approved by the government's Office for Product Safety Standards (OPSS).

That's despite consumer group Which? revealing that it had spoken to 30 people who said their "fixed" tumble dryers caught fire, produced smoke or the smell of burning.

How does the recall work?

Now that today's recall programme has launched, it also means you don't simply have to settle for a modification. You can choose from the following:

With all of these options, where necessary, Whirlpool says it will arrange free-of-charge collection and disposal of your old dryer.

Jeff Noel, vice president of Whirlpool, said: “People’s safety is our top priority, which is why we are expanding this important campaign.

“We are committed to doing the right thing for our consumers and will continue to take every action possible to resolve this issue.

“The crucial message is please contact us immediately if you still own one of these tumble dryers and haven’t already had it modified or replaced by us.”

The issue relates to more than 600 models of vented and condenser tumble dryers made by Hotpoint, Indesit, Creda, Swan and Proline – all part of the Whirlpool brand – between 2004 and 2015.

The fault is apparently caused by excess fluff coming into contact with the heating element.

Anyone with an affected dryer must unplug it immediately and stop using it.

People can instantly check if their dryer is one of those affected by calling 0800 151 0905 or by visiting www.whirlpool.co.uk/dryerrecall.

If your dryer has already been replaced or modified by Whirlpool you don't need to do anything.

The manufacturer will also launch a £1million advertising campaign to raise awareness of the recall.