Long live Hope Valley! Though Paul Greene and Lori Loughlin have both left When Calls the Heart, they have continued to stay close friends.

‘When Calls the Heart’ Season 10: Everything to Know About the Hallmark Show

“I do [keep in touch with her],” Greene, 48, exclusively told Us Weekly on Thursday, December 15, recalling a difficult time that Loughlin, 58, helped him get through.

“When my mom fell and hit her head a few years ago and she was in a pretty bad place [and] we didn’t know if she was gonna make it, Lori was there the most for me during that time,” A Christmas Detour star told Us while promoting his 2022 holiday movies I’m Glad It’s Christmas and Fit for Christmas. “We were on When Calls the Heart at the same time, and then throughout everything that was going on, I stayed in touch with her just to check on her and see how she was doing.”

The Canada native starred as Dr. Carson Shepherd on the Hallmark drama until his May 2021 departure. The Full House alum, for her part, played Abigail Stanton ahead of her season 8 exit, when she was written off following her involvement in the college admissions scandal. (Loughlin and husband Mossimo Giannulli were accused in May 2019 of paying bribes to help daughters Olivia Jade and Bella secure admission into the University of Southern California. After the married couple pled guilty to fraud charges one year later, they were each sentenced to prison.) 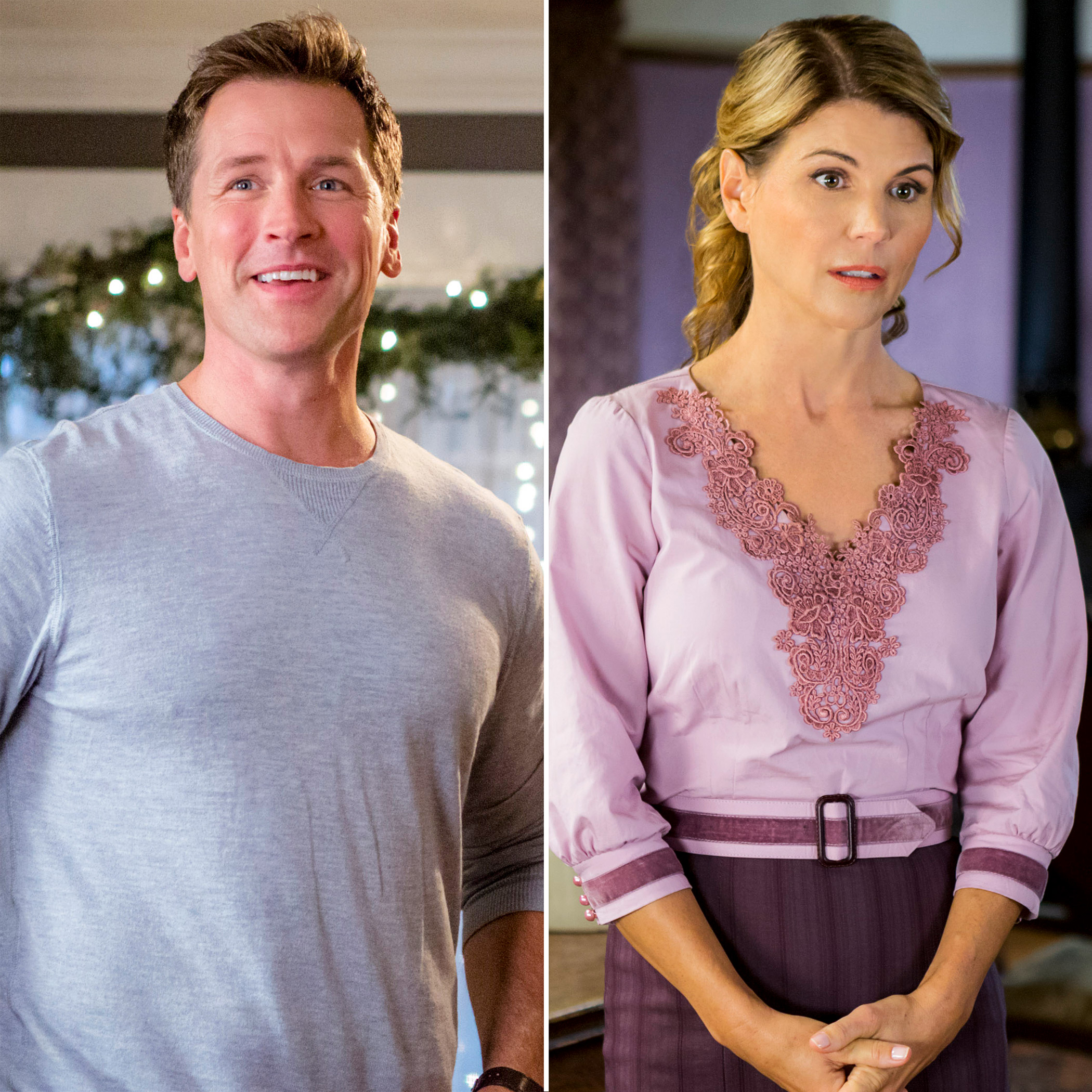 Loughlin — who made her acting return in the WCTH spinoff When Hope Calls in December 2021 — has since found solace in her circle of friends as she returns to normal life following her December 2020 release.

“She was actually in Sudbury in North Bay, North Ontario, like a few days after I left,” Greene said on Thursday. “So we touched base [then because I wanted] to see how she was doing. … She seemed like she was very happy and in very good spirits to be back [acting]. I think she’s awesome [and] I try and stay in touch with her as much as I can.”

Shortly after the Summerland alum’s brief cameo in When Hope Calls aired, she booked her first movie with Great American Family. News broke in September that Loughlin will headline the network’s Fall Into Winter, which is slated for a January 2023 release.

“Lori is a genre-defining star that I have had the honor to call a close friend and collaborator for more than 15 years,” GAF president Bill Abbott said in a statement at the time. “We have a shared vision for creating meaningful and memorable movies that resonate with our passionate fans, and I look forward to welcoming her back to Great American Family to anchor our 2023 winter programming slate.”

Greene, for his part, has also made the move from Hallmark to GAF. The actor — who is nicknamed the “King of Christmas” due to his impressive 11 holiday movie credits — starred in the network’s I’m Glad It’s Christmas last month.

“It’s very flattering and ridiculous, but, it’s not like I tried to go trademark it like Mariah Carey [and] I’m not gonna like try to make a living off of the ‘King of Christmas’ in some way,” Greene quipped to Us, referring to the “All I Want for Christmas” songstress’ rejected application to trademark her “Queen of Christmas” moniker. “I love being a part of having people come together and for something that usually is not very divisive.”

While the Fit for Christmas star loves filming holiday movies, he hasn’t ruled out a potential WCTH return.

“Yeah, I mean, I’m talking with [series producer Brad Krevoy] about it, like, how to make it work. This period of my life is really special,” Greene told Us, noting he’s been busy producing the TV pilot Topanga and acting in the upcoming film Autumn in the Black Jaguar. “And so, not being on When Calls of Heart has been a challenge because I really love the family there and I was on it for so long, and the fans are amazing. … So, I might get back on When Calls of Heart. It just depends on what capacity and when [but] I am definitely talking with him about some kind of a possibility.”

“Something that’s really been special is I’ve had all this quality of time with my family, but also I’ve been able to be a part of some other projects that you can’t necessarily do if you’re a series regular for five or six months of the year,” the “I Love Now” musician — who also coparents son Oliver, 19, with ex-wife Angi Greene —  told Us.