Taraji P. Henson has a thing for blowing people away, whether she’s playing the scheming Cookie Lyon on Empire or crushing another workout on Instagram. She’s had a super successful career, from starring in the award-winning Hidden Figures to most recently hosting the 2020 American Music Awards. Oh! And she’s even won a Golden Globe and written a book, NBD.

Of course, all that work has definitely helped Taraji’s bank account. The actress, 50, has made some serious cash over the course of her career, and she’s not slowing down anytime soon. In fact, she has a new Facebook Watch show coming out called Peace of Mind, which focuses on interviews with celebrities, experts, and everyday people about mental health issues, especially those in the Black community, according to Variety.

So…what is Taraji’s net worth today? Here’s what you need to know—and how she got there:

The movie, which co-starred Tyrese Gibson, follows the story of a misguided 20-year-old in South Central L.A., who learns to become a man. Taraji got huge props for her role as Yvette, a woman stuck in a relationship with a serial cheater.

She followed that up by starring in Hustle & Flow.

Taraji got accolades again when she starred in the award-winning film in 2005. The actress played Shug, a pregnant prostitute who starts singing hooks on pimp-turned-rapper DJay’s songs.

In 2007 and 2008, she landed a role on Boston Legal, followed by The Curious Case of Benjamin Button.

Taraji continued to rack up the big roles, playing Whitney Rome on Boston Legal for a year, followed by Queenie, Benjamin Button’s sweet-but-strong surrogate mom in The Curious Case of Benjamin Button alongside Brad Pitt. But Taraji told Variety in 2019 that she made just $150,000 for the role, despite later earning an Oscar nomination for Best Supporting Actress.

Taraji says she didn’t get paid what she was worth until she collaborated with Tyler Perry.

She also told Variety that her earnings skyrocketed after she started working with Tyler Perry. “Hollywood can be cheap. They love a great performance at a discount price…IF they can get it,” Taraji said. “I always seemed to get respect, as far as work [went]. I just needed to get my money.”

She experienced a shift when she worked with Perry on 2008’s The Family That Preys. Taraji told Perry that she didn’t get paid what she had hoped for in Benjamin Button, and he told her what she should ask for, she recalled. He became “the first person to pay me what I thought I deserved at the time,” Taraji said. (They worked together two more times—on 2009’s I Can Do Bad All by Myself and 2018’s Acrimony.) 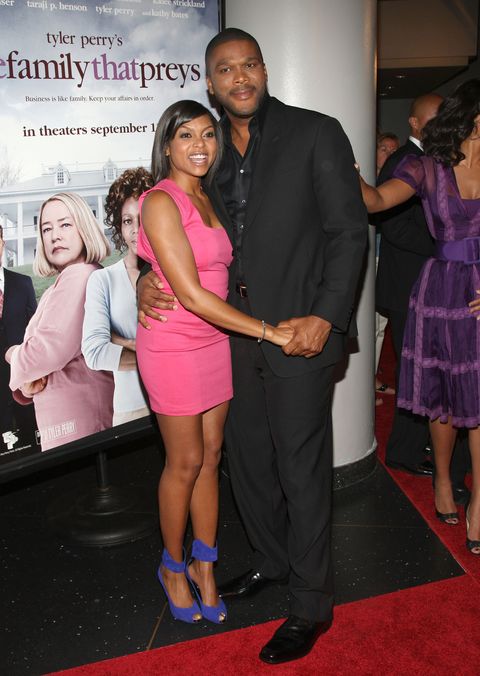 “Now I’ve proven my worth, so I say no a lot,” she told Variety. “You want a discount price? Get a discount actress.”

But, Taraji noted, she’s not just in it for the money. “I don’t do things just for checks,” she said. “My fans trust me too much, you know? You can have a great resume and not have the audience to back it up. I do.”

Her performance in 2016’s Hidden Figures blew people away.

Taraji starred as shy-but-determined calculator Katherine Johnson, a Black woman in the 1960s working for NASA while surrounded by white men who discounted her abilities. She won several Best Actor awards, both from the BET Awards and MTV Movie Awards. 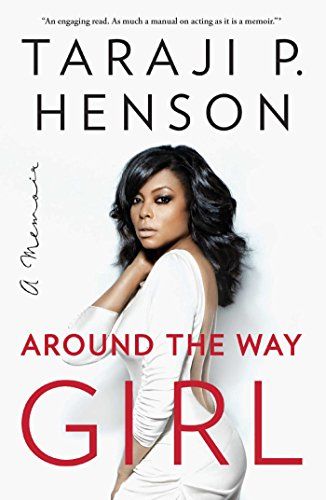 Called Around the Way Girl, Taraji’s book chronicles her family life growing up, her experiences as a single mom, and how she eventually became so successful. She also details her salary issues with Benjamin Button writing, per Newsweek, that her agent told her the studio “came in at the lowest of six figures. I convinced them to add in a little more, but that’s as high as they’d go.”

Taraji also had to pay for her own accommodations while filming, according to her book. “I knew the stakes. No matter how talented, no matter how many accolades my prior work had received, if I pushed for more money, I’d be replaced and no one would so much as a blink,” she wrote.

Taraji is worth a reported $25 million, per Celebrity Net Worth. And, if she keeps on doing her thing, that number will only increase over time.