We must give small firms a tax holiday for two years, says DAVID DAVIS

Assuming that we have this dreadful virus under control, it is now essential we take the brakes off the economy and get as many people as possible back to work.

Starting in three weeks’ time, when this lockdown will be reviewed, we must do all we can to help small businesses get back up and running, as well as letting many more small shops open up again.

We must kill off this virus threat – and move heaven and earth to protect those most at risk – but we must not kill off our economy in the process. 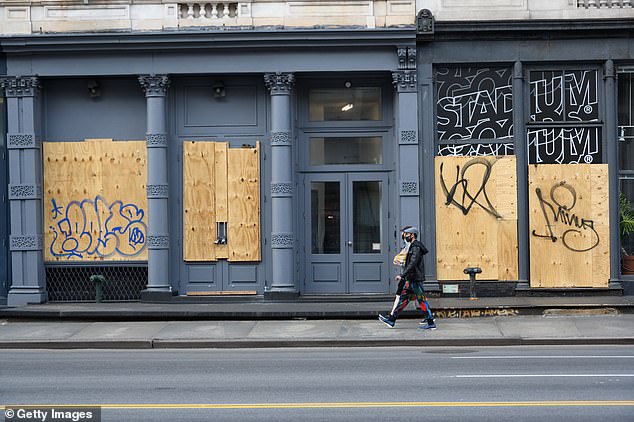 Starting in three weeks’ time, when this lockdown will be reviewed, we must do all we can to help small businesses get back up and running, writes David Davis (file photo)

All the data tells us that between 90 per cent and 97 per cent of the deaths have been of people with pre-existing health conditions – from heart disease to diabetes.

There are about two million most at risk from the virus, and many are economically inactive. We must protect them as effectively as we can. For example, the supermarkets and delivery companies must be told that they are the absolute priority.

They must stay self-isolating while the rest of the workforce gets back to work as soon as is practical and safe.

Of course, we cannot go back immediately to the level of economic activity that we had before the virus. But we must start what will be a step-by-step process.

The Government will understandably want to see what happens in the countries where lockdowns are already being relaxed.

The UK will be watching like a hawk to see what happens to the spread of the virus in those countries. There will be a huge amount to learn from the tactics that work – and those that fail.

I can guarantee that, sadly, infection rates in some of those countries will rise. But it’s not simply the infection rate we should look at, it’s the death rate. It is this that we have to keep under control.

It is also what should guide how quickly we can relax our own lockdown and in which areas. However, we also need a longer-term plan on how we recover from the pandemic and rebuild after this extraordinary economic shutdown. 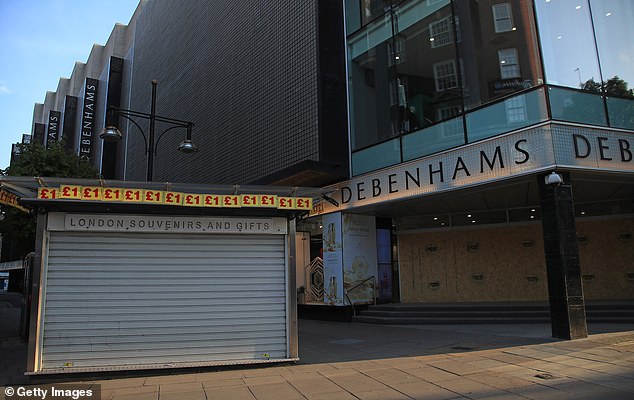 A general view of the boarded up entrance to Debenhams on Oxford Street on April 17. The department store chain is in administration for the second time in a year

For that, I suggest we need a combination of tax cuts for small businesses and new spending on multiple infrastructure projects designed to get the economy back on its feet – a mixture of US-style Reaganomics and Roosevelt’s New Deal in the 1930s.

Small businesses should effectively not be asked to pay any tax for the next two years as they are vital for our longer-term economic regeneration.

It is the men and women running small businesses who will lead our recovery, not the multinationals and conglomerates.

The idea of more tax cuts may give Chancellor Rishi Sunak a panic attack over his breakfast toast and marmalade. But let’s be honest, we will be paying back the cost of the Government’s massive virus-related aid for probably 50 years.

That is not a cause for panic – the war loans took at least as long and interest rates are lower now. Therefore, we should not worry about tax breaks for small business for a relatively short period.

As well as copying Ronald Reagan’s 1980s tax cuts, we should also look to the massive infrastructure spending of President Roosevelt in his New Deal. Today’s interstate highways, airports and national parks had their origins then.

Our Government must help to refloat the economy by building our infrastructure of tomorrow, be that urban tramways, broadband, or bypasses.

The British economy in 12 months’ time will sadly look very different. The Government’s job will be to re-energise it.

Of course, Foreign Secretary Dominic Raab – in charge while Boris Johnson is recovering from the virus – and other Ministers are right to say that they must focus all their attention now on curbing the current spread of the virus. I think everyone in the country wishes them the best of luck with that.

But behind the scenes, they must plan now to restart our economy and get the nation back to work – starting in three weeks’ time.