A frustrated Teyana Taylor shuts the door in Iman Shumpert’s face after she accuses him of ruining her freshly painted floors in this EXCLUSIVE ‘We Got Love Teyana & Iman’ preview.

Teyana Taylor wants to know why her white floors aren’t so clean anymore. “Why do I see footprints all over these white floors that just got painted?” she asks in this EXCLUSIVE preview of the August 18 episode of their new show We Got Love Teyana & Iman. She turns her attention to her husband, Iman Shumpert.

Teyana walks up to Iman and asks, “Why would you walk through a freshly painted kitchen with sneakers on?” He replies, “Where we supposed to walk?” Teyana slams the door in Iman’s face and tells him, “Don’t walk back on my floor.”

Iman is not trying to take the blame for something he didn’t do. “You can clearly see the size 6 or 8 little footprint,” he says. “Size 14 shoe, leave me out of it.” He’s definitely not the culprit! Iman finds Teyana and carries her to the couch where they snuggle. They’re able to kiss and make up.

While they’re cuddling on the couch, Teyana and Iman hear something big break. Teyana runs to see what happened. Her team tells her the sink “just fell” and “nobody touched it.” It’s completely shattered on the ground. Teyana’s got more things on her plate now than just those footprints!

We Got Love Teyana & Iman is a new docuseries that follows Teyana, Iman, and their daughters Junie B and Baby Rue, as well as their tight-knit entourage of family and friends. The series gives unprecedented access into Teyana and Iman’s lives together. Teyana and Iman have built an empire but they’re not done yet. They have major goals and high ambitions, but they’ll never lose sight of what’s really important, family. 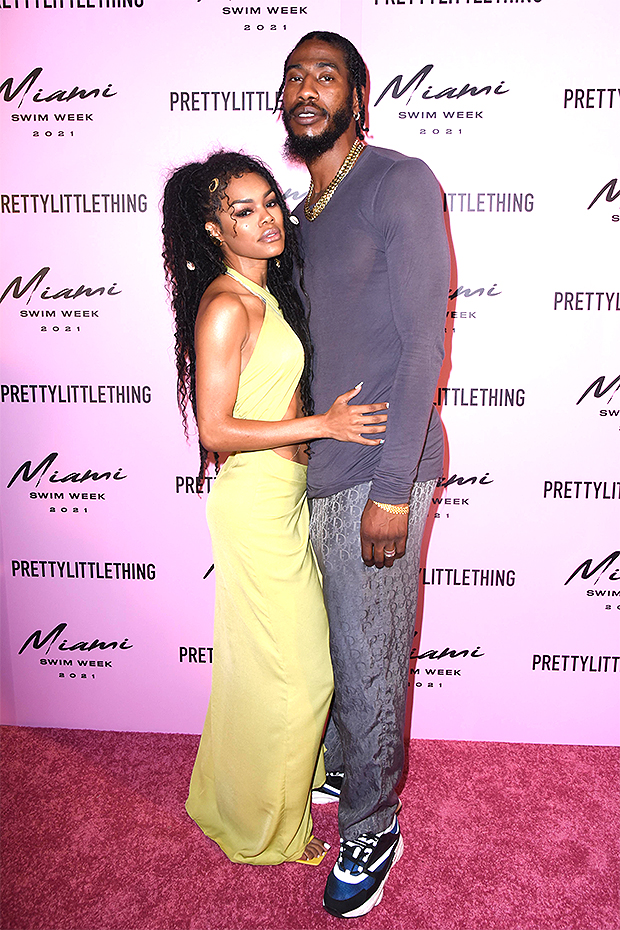 The power couple got married in 2016. They welcomed their first child in 2015, with Iman assisting in the delivery of his own daughter. Their second daughter was born in 2020. Teyana recently made history as the first Black woman to be named Maxim’s “Sexiest Woman Alive.” We Got Love Teyana & Iman premieres August 18 at 10 p.m. ET on E!