No shame in her pizza game! Hilary Duff‘s daughter, Banks, knows what she wants and clearly isn’t afraid to go after it.

Case in point: The Younger star, 32, shared a brief video clip of her 19-month-old daughter via Instagram on Wednesday, June 10, in which the toddler is enjoying snacking on a piece of pizza on her own terms.

In the video, Banks, who is wearing a pink bathing suit with ice cream cones on it, holds an upside-down pizza slice in one hand and slowly brings it toward her face. If the tomato sauce on her nose, cheeks, mouth and hands is any indication, the meal isn’t exactly neat, but Banks doesn’t seem to mind and neither does Duff.

“Take notes…..,” the Lizzie McGuire alum quipped in the caption. 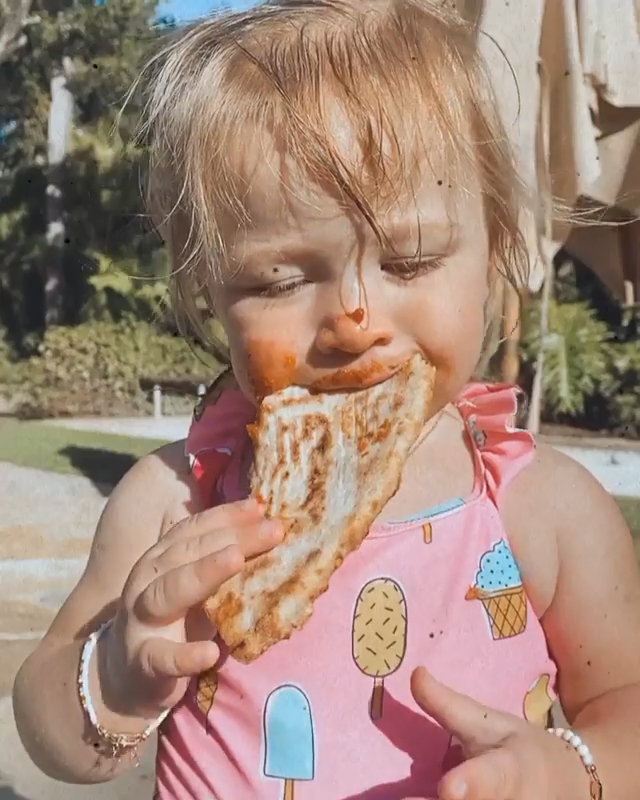 Not surprisingly, many of Duff’s social media followers were impressed with the toddler’s cute gusto. As one user put it: “I want to enjoy pizza with this much reckless abandon.”

Another added, “Now I want some pizza!”

Duff, who married Banks’ father Matthew Koma in December 2019 and shares son Luca, 8, with ex-husband Mike Comrie, has often said that her youngest child is full of personality. Though Banks was just 14-months-old when her parents tied the knot, she certainly left a charming mark on their special day. According to Duff’s Instagram posts at the time, Banks was in tears up until she started walking down the aisle with her mom.

“Little girl cried up until we opened the front door and she knew we were walking towards her daddy and bruvvah♥️, the singer revealed. 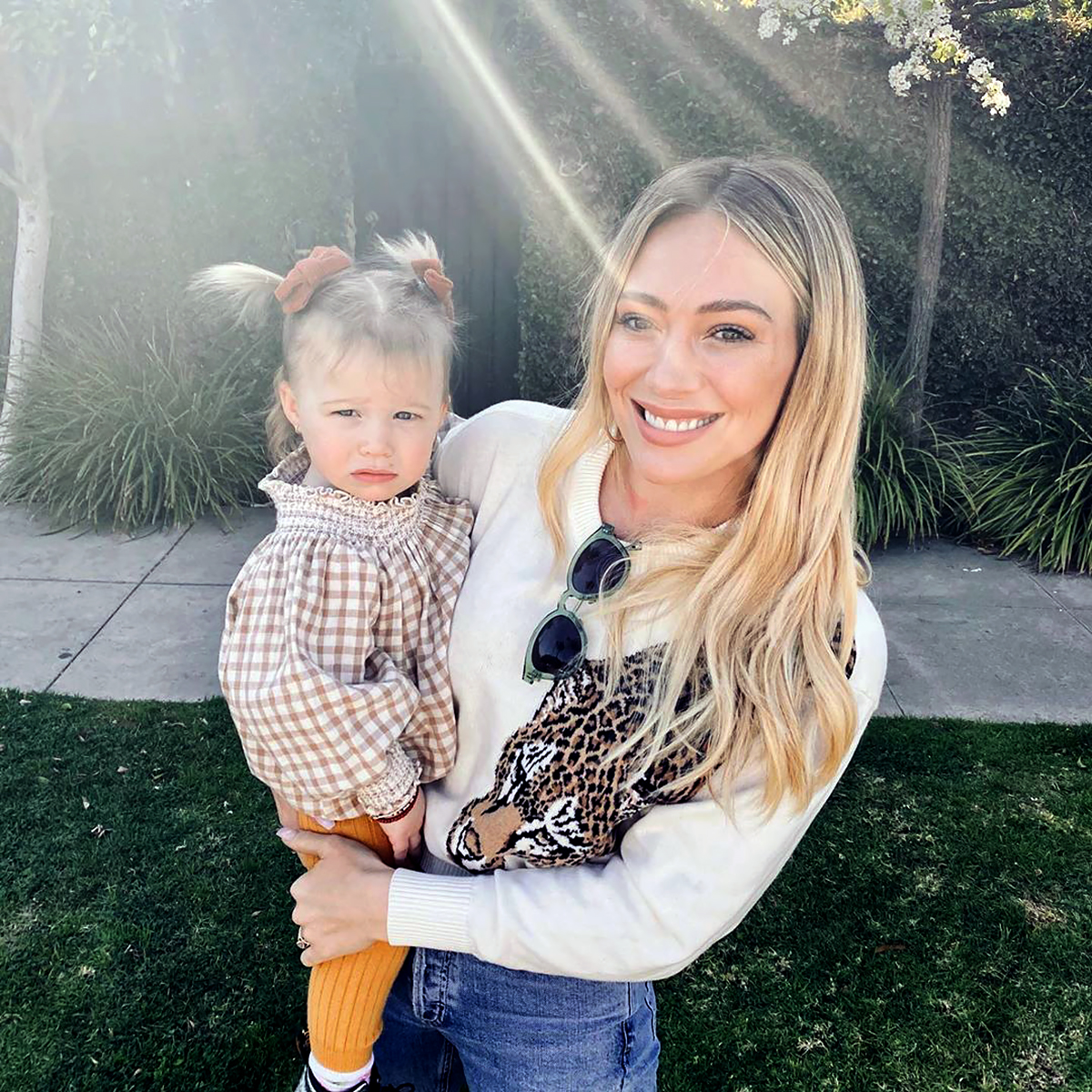 Banks also wore a white Jenny Packham dress to the wedding that matched Duff’s, and apparently she was very taken with it. “It’s the cutest thing I’ve ever seen,” the Texas native shared in a pre-wedding video interview with Vogue in December. “She had a little fitting yesterday. She’s only 14 months old, but she was fluffing the sleeves and just kept bouncing up and down. It was so cute.”

These days, Duff is embracing a green lifestyle and hopes to pass down environmentally friendly habits to her kids. As she told Parents magazine in March, she now refills shampoo and soap bottles instead of throwing them away and even brings her own silicone straw and reusable cup to restaurants in an effort to eliminate plastic use and waste.

“At first, saving the environment sounds scary and overwhelming, but as we implement new rules, it becomes easier and easier,” she explained at the time.