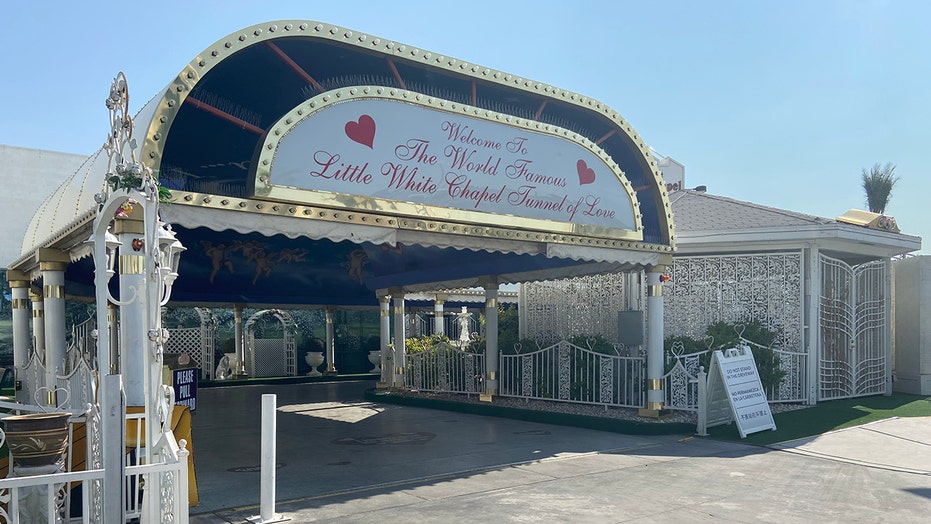 Vegas weddings on the rise

The wedding industry is booming in Las Vegas even as the pandemic continues. April of this year had nearly 8,000 weddings compared to just 400 in April 2020.

Couples from around the country are tying the knot even during the coronavirus pandemic. The number of marriages and marriage licenses in Las Vegas is higher now than in 2020 and in 2019, according to data from the county clerk’s office.

The Little White Wedding Chapel is where some of Hollywood’s most well-known have said “I do” – Britney Spears, Frank Sinatra and Bruce Willis, just to name a few.

It continued operations last year, a bit slower than usual, but now business is booming. This month is expected to be one of its busiest.

“August is supposed to be very, very busy. August actually has been one of the busiest months for weddings in past experiences I’ve had,” said Michael Conti, an Elvis tribute artist who performs weddings at the Little White Wedding Chapel.

Conti married Daniel Pinedo and Gisselle Pompa this month. Their Vegas wedding was an alternative during the pandemic.

“We were thinking about getting married down in Mexico, but the situation is still kind of unclear, so hopefully in a year or two it settles and goes back to normal. And then from there we can have a bigger wedding with family and loved ones,” Pinedo said. 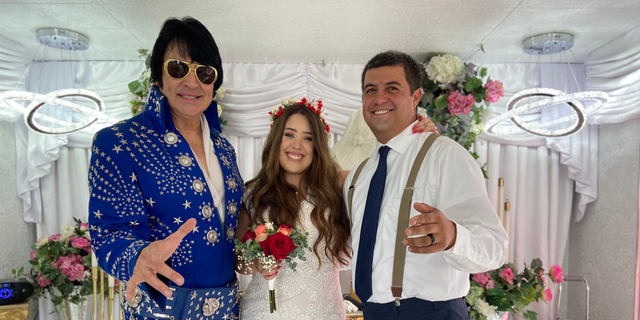 Daniel Pinedo and Gisselle Pompa married in early August at the Little White Wedding Chapel in Las Vegas. They opted to for an intimate ceremony over a large get-together in Mexico. (Ashley Soriano/Fox News)

Their wedding was one of 44,000 marriages held this year in the wedding capital of the world.

April was 2021’s busiest month with nearly 8,000 licenses issued. In April of last year, officials gave out only 400.

“Between March 17 and April, there was no work at all for anybody,” Conti said.

But people still wanted to get married.

Charlotte Richards, the owner of the Little White Wedding Chapel, has married thousands of couples over nearly seven decades. Not even a pandemic would stop her.

The county clerk said that as soon as they opened, people lined up out the doors and down the street to get their marriage licenses.