THE UK's economy bounced back faster than experts expected, jumping by 5.5% over April to June this year when Covid restrictions eased.

The economy is now 3.3% below where it was before the Covid crisis hit last year, according to official figures from the Office for National Statistics (ONS). 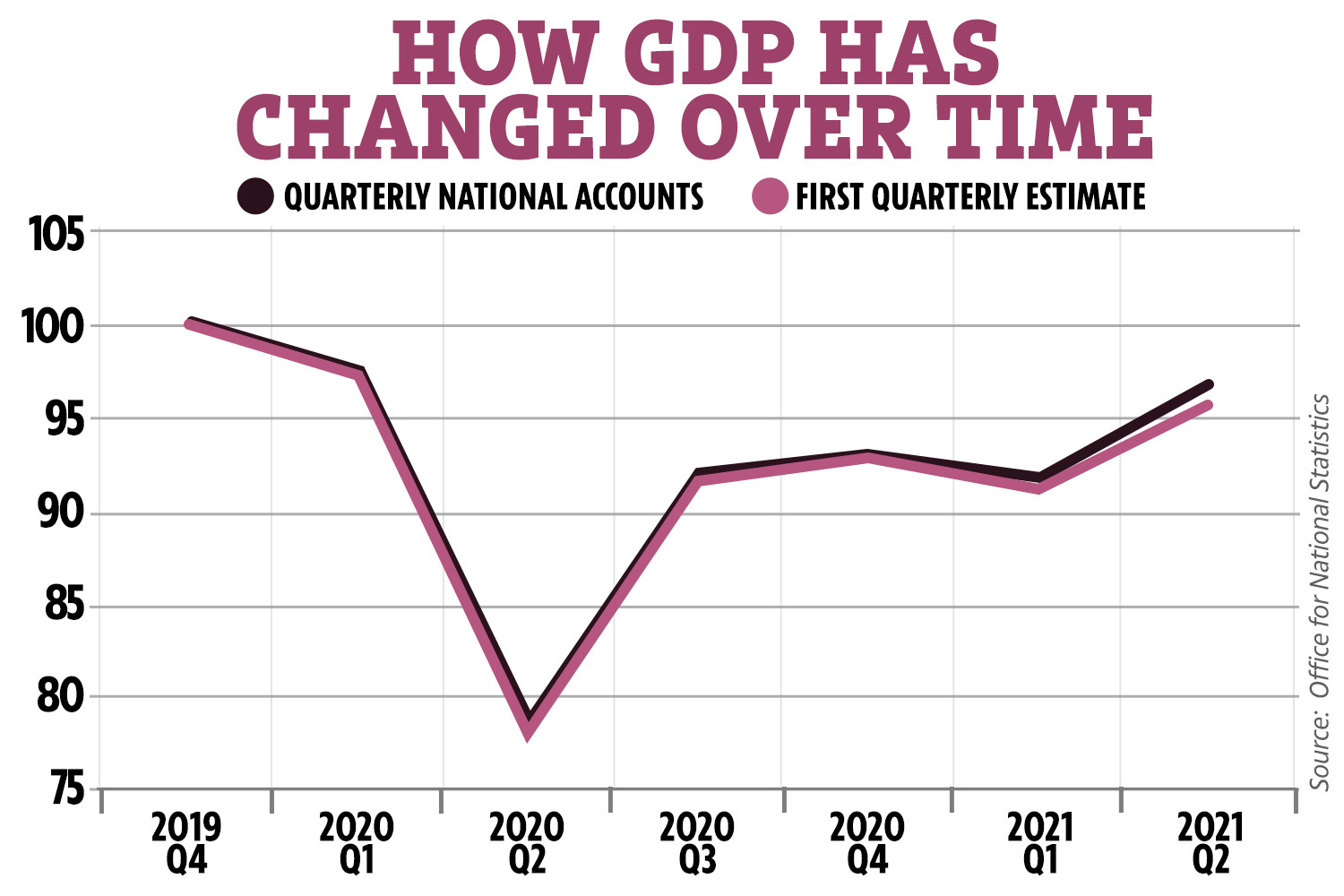 Experts first estimated growth in gross domestic product (GDP) would increase by 4.8% between April and June – but instead it jumped 5.5%.

April saw the biggest rise, with the economy growing by 2.8% that month.

Shopping and eating out were among the main reasons behind the growth, when non-essential retail and pubs, restaurants and bars began to open at this point.

The hospitality sector boomed, with an 87.6% growth in output, while retailers saw business jump by 13.1%.

The Euro 2020 games also helped to fuel this growth, the ONS said.

It meant household spending jumped by 7.9% overall between April to June.

Meanwhile, the services sector – including warehouse workers and delivery drivers, as well as health and social care workers – grew by 6.5%.

And the education sector soared by 20.6% as schools began to re-open during this time.

Workers also saw a boost to their pay packets, with a 1.7% rise in wages.

But Britain's bounceback could be dampened following a series of supply and staff shortages, which have occurred since June.

Recent figures from the ONS showed the recovery slowed in July, when growth was 0.1% compared to 1% in June.

Capital Economics economist Ruth Gregory said: "While the upward revisions to GDP are clearly welcome, Q2 was three months ago, and the recovery appears to have stagnated since."