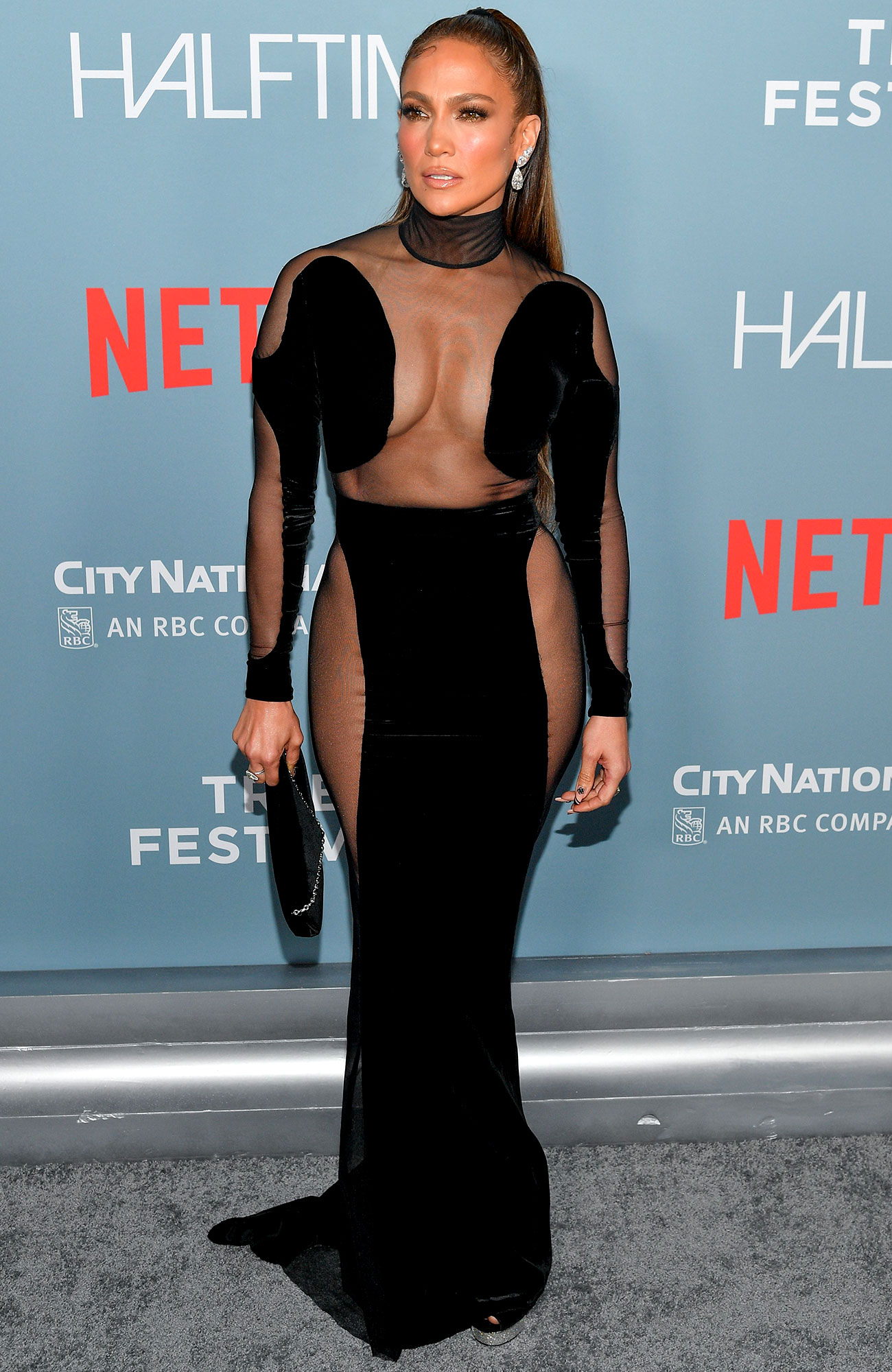 Woah! Jennifer Lopez showed off her famous figure in a barely-there dress at the premiere of her Netflix documentary Halftime during the Tribeca Film Festival.

The singer, 52, was almost too hot to handle on Wednesday, June 8, in the velvet Tom Ford number, which featured sheer paneling at Lopez’s sides and across her chest and hips. The CFDA Fashion Icon Award winner accessorized her naked dress with a coordinating velvet clutch and dangling diamond earrings. On her feet, the Enough star opted for glittery platform heels. She styled her hair in a sleek half-up-half-down style and opted for smokey eye makeup. 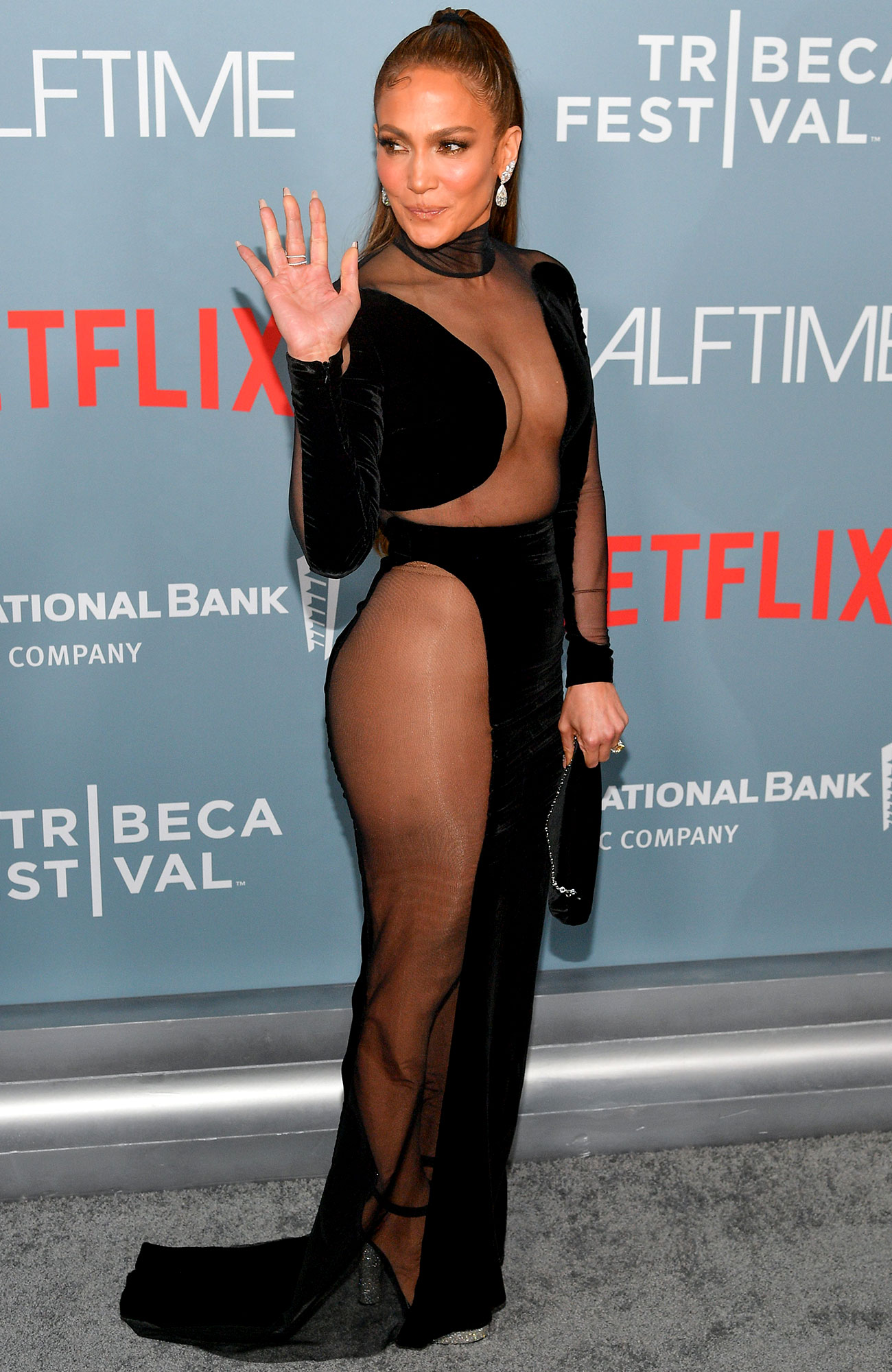 Lopez posted a photo of her look via Instagram, captioning the post “#Halftime Premiere @Netflix #TribecaFilmFestival #Tribeca.” The film, which is directed by Amanda Micheli, explores Lopez’s incredible career and how it led to her 2020 Super Bowl halftime performance. In April, it was announced that the project would make its debut at the Tribeca Film Festival. The doc will debut on Netflix on June 14.

“It’s an honor to be selected for the opening night of Tribeca, and so fitting to be celebrating this critical milestone in Jennifer’s life and career just miles from where she grew up!” Micheli stated in a press release. “To have the opportunity to share this film on the big screen with a New York audience is a dream come true.”

About Last Night: See the Best Dressed Stars on the Red Carpet and Beyond

Cutout looks have been a theme for Lopez. Her Tribeca ensemble comes after the star hit the red carpet at the 2022 MTV Movie & TV Awards on Sunday, June 5, in a plunging black gown by Mônot. The look featured a leather bodice and skirt that was designed with openings at the waist. That night, the True Love author took home the Generation Award. In her acceptance speech, Lopez cried as she thanked her loved ones as well as her naysayers. “I want to thank all the people who gave me this life. I want to thank the people who gave me joy and the ones who broke my heart … The ones who were true and the ones who lied to me. I want to thank true love and I want to thank the way that I lied to myself because that’s how I knew I had to grow,” she said.

The JLo Beauty founder ended her speech with a special shout-out to her fiancé, Ben Affleck. “Ben and everybody at home, wait for me to have dinner. I will be home by 7!” she said before exiting the stage.