Former prime minister Tony Abbott dismissed advice from Australia's top Defence official to admit his government could not meet its stated deadline for a new submarine fleet, sparking a clash on national security.

Mr Abbott insisted on claiming the first submarine could be delivered in the "late 2020s" despite being told the timeframe was impossible, his successor, Malcolm Turnbull, writes in his new memoir. 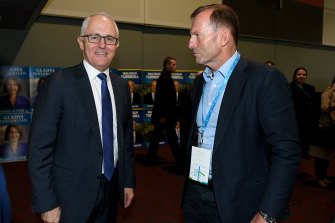 The warning came from then Defence secretary Dennis Richardson in the final months of Mr Abbott's time as prime minister in 2015, when the government was preparing a draft white paper on national defence.

In his new book, A Bigger Picture, Mr Turnbull says Mr Abbott knew the "late 2020s" deadline could not be met but would not amend the draft white paper and later attacked his successor when the wording was changed.

Months after losing the leadership, Mr Abbott said he was "flabbergasted" when the final white paper was published saying the first submarine would be delivered in the "early 2030s" instead.

Mr Turnbull quotes Mr Richardson telling him in September 2015 that the earlier deadline in the draft white paper was "complete and utter bullshit" and Mr Abbott had been told this when he was prime minister. 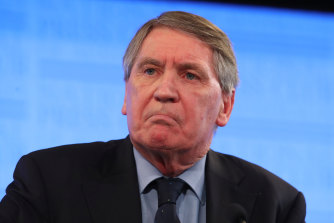 According to Mr Turnbull, Mr Richardson said of the draft paper: "It says that the future submarines can start to be delivered in the mid-2020s – so about 10 years from now. That's simply not possible. I told your predecessor this and he insisted that the 2020s date should go in and leave the problem for another government."

Mr Turnbull's response to that advice was to update the draft paper with a completion date that reflected reality, which was the early 2030s.

The assertion is part of a detailed account of Australian defence policy that claims Mr Abbott would have awarded a mammoth contract to build the submarine fleet in Japan but shifted position after intense political pressure to save local shipbuilding jobs.

Mr Turnbull also suggests Mr Abbott "may have encouraged" Japanese Prime Minister Shinzo Abe to believe Japan would win the adjusted contract to lead the project with shipbuilders in Australia.

But the recommendation from the Defence Department and its independent advisory panel was "unequivocal" and the contract went to French company Naval for its design, known as the Shortfin Barracuda. 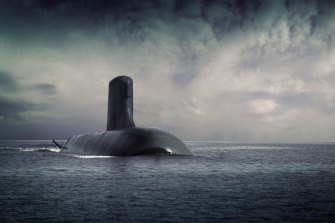 The contract was estimated to be worth $50 billion when first announced but was later revised to $80 billion, with total outlays approaching $225 billion when including the cost of maintaining the 12 submarines over five decades to 2080.

"When Peta was upset, Abbott rushed to calm her," Mr Turnbull writes. "She could do no wrong and no matter how tyrannical or vindictive she became, he wouldn't hear a word against her."

Mr Turnbull said his predecessor was primarily driven by "hatreds, fears and prejudice" and ultimately became a "weird caricature of himself" by knighting Prince Philip on Australia Day in 2015.